You may remember my sister's dholki nights a couple of years ago, which were a lot of fun for us, so naturally, although we were all a little tired from the mehndi night, we were looking forward to some fun at home - we would be singing Punjabi folk song with a small drum (or dholki), dancing, feeding all the guests and generally having a good gossip with everything - which was a great atmosphere to be in as a bride-to-be!

This is our dholki area, which was a marquee hired locally, and which we decorated ourselves. I was a little frustrated at first at not being to decorate with the dupattas I had, so my mum and sister went out and bought lots of fabric and they, along with my sister-in-law decorated it beautifully. I loved the mix of colours and the cushions which was a nice environment for everyone, we added some lights, music and tables for the food and it was all ready!

I think the best touch was the flower ball though, which my sister-in-law had made as a flower tree for my mehndi, and which we kept fresh by watering it and hanging it in the marquee for a garden-look! 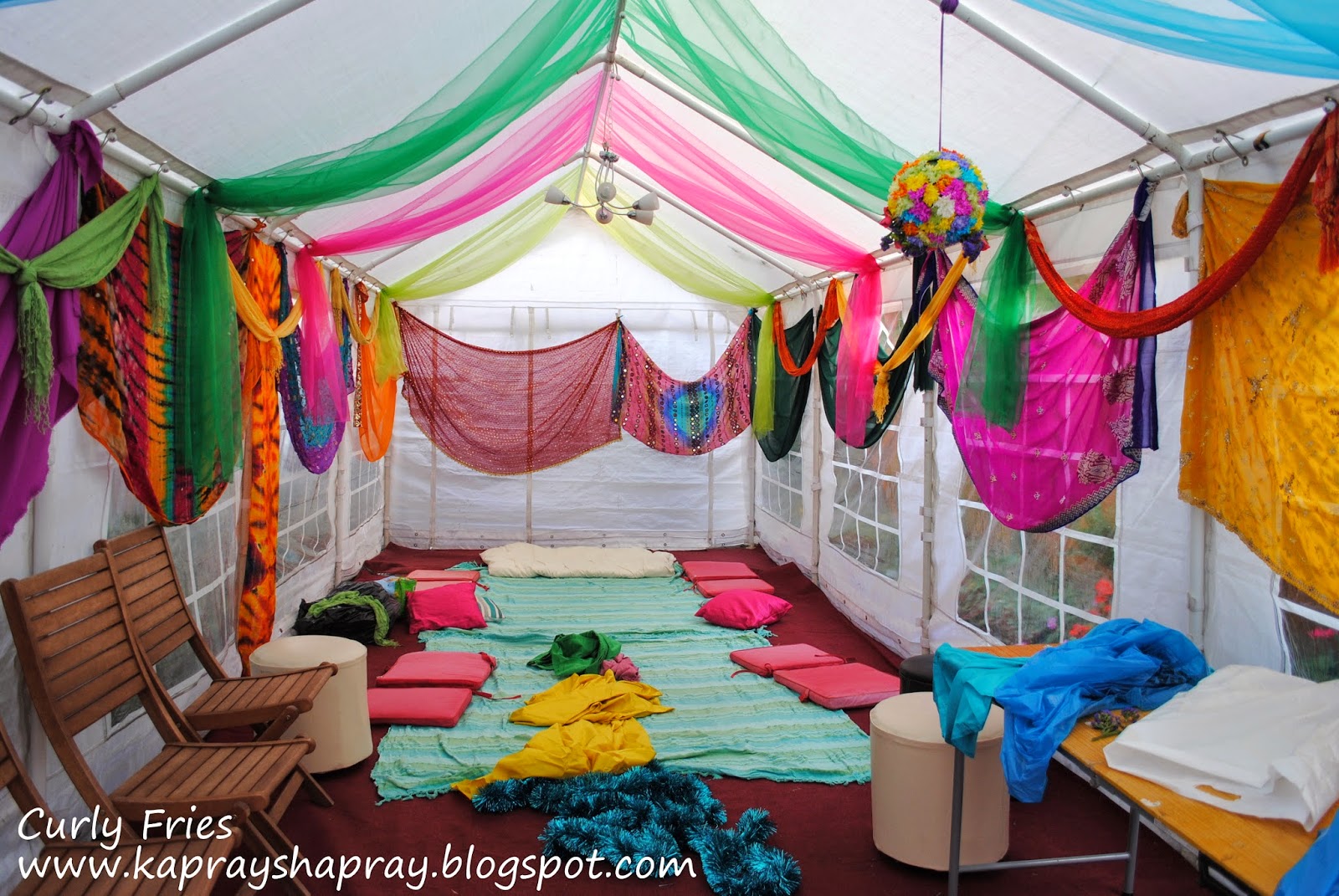 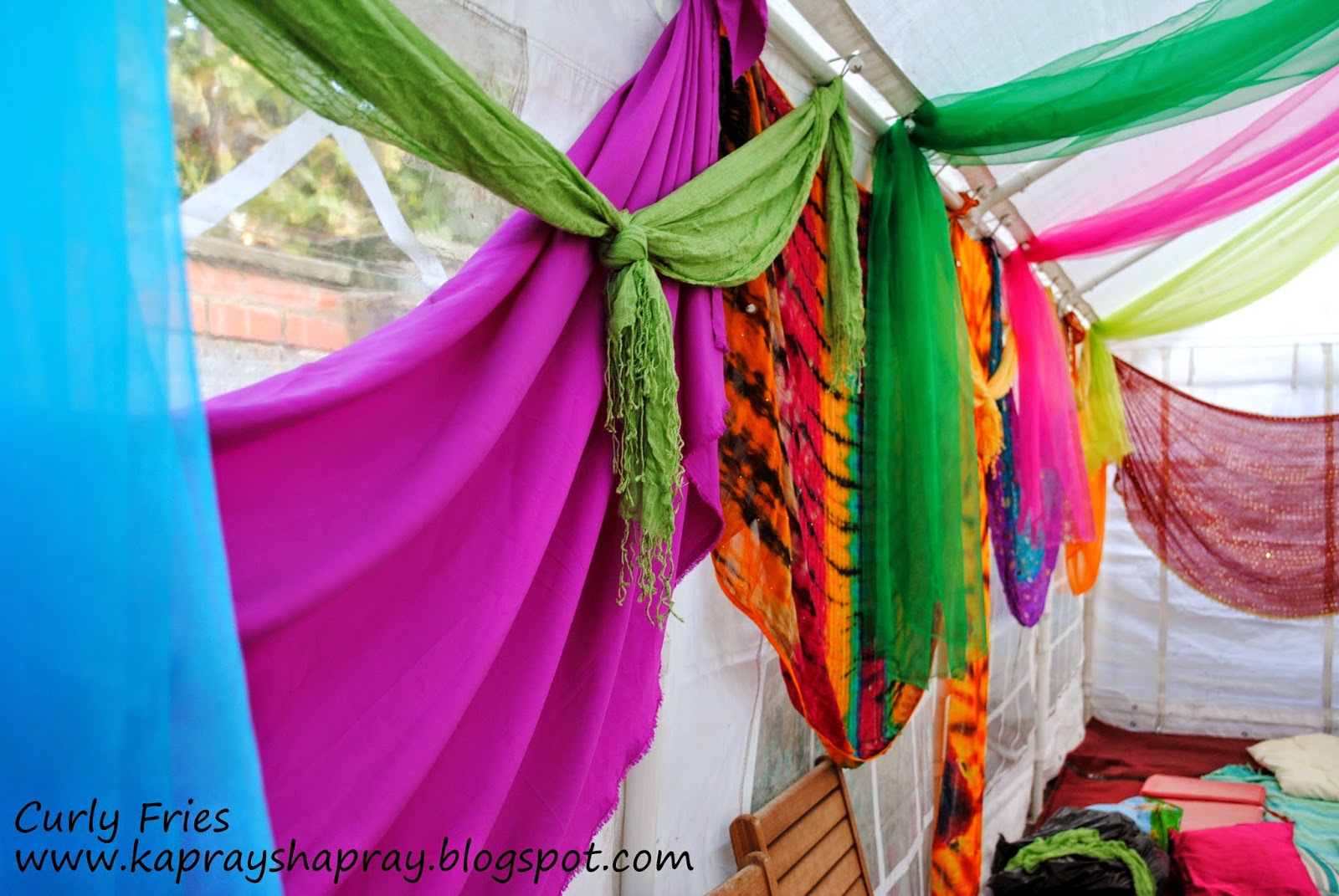 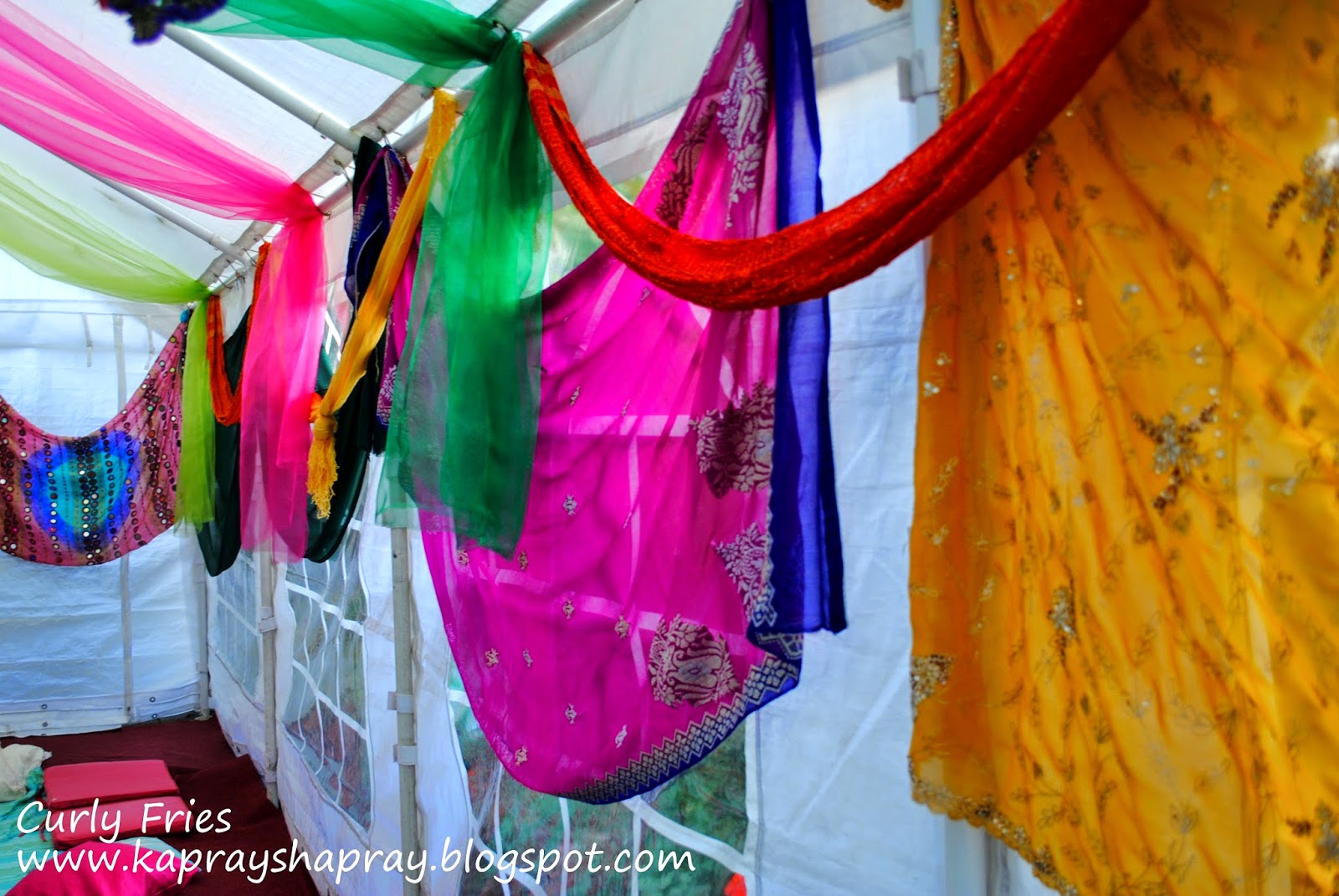 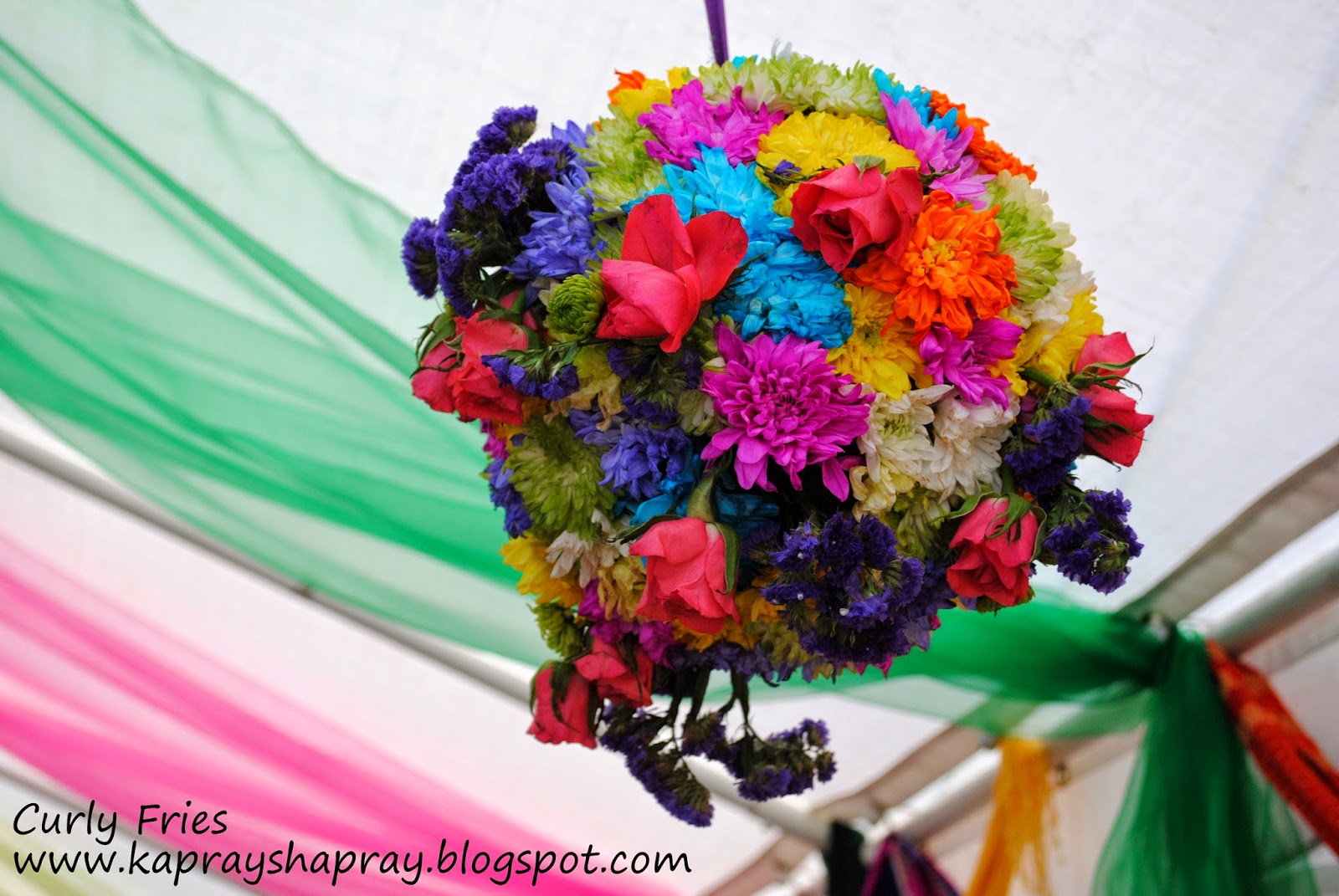 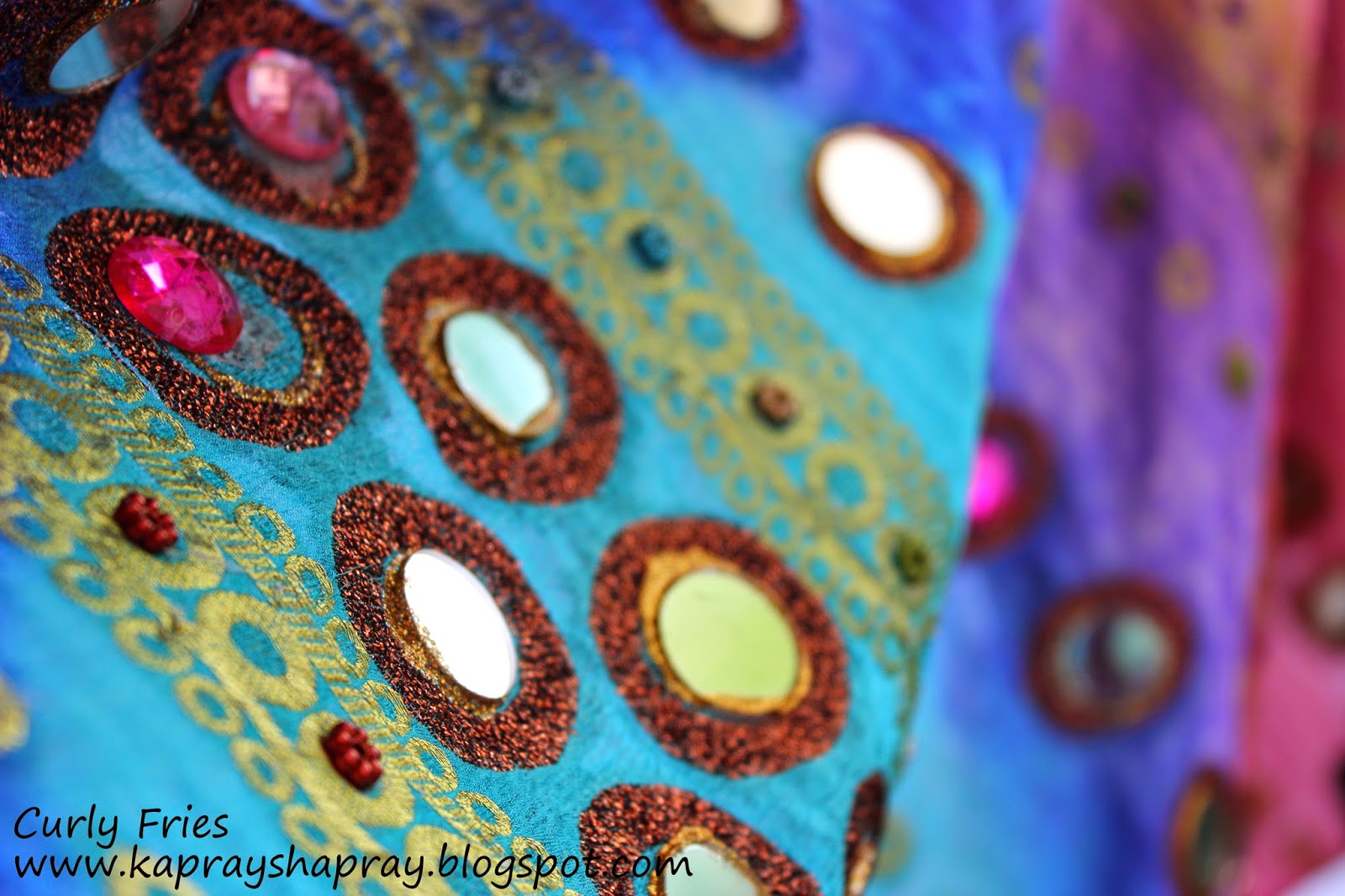 I was pretty spoilt for choice in terms of what to wear for the dholki nights, I had ordered a few (minimal!) outfits to wear for this time specifically and was pretty excited about wearing my new clothes. This is what I wore - an olivey/lime green angrakha-style dress with a colourful orange, raspberry pink and olive dupatta, which was very comfortable. I kept the styling very simple, with some earrings and a tikka (I took off the earrings later!) and some comfy khussay (I'm sure the collection of khussay I have only come out during dholkis now!). I also matched a set of bangles which were in the perfect colours and added a nice spark of colour. 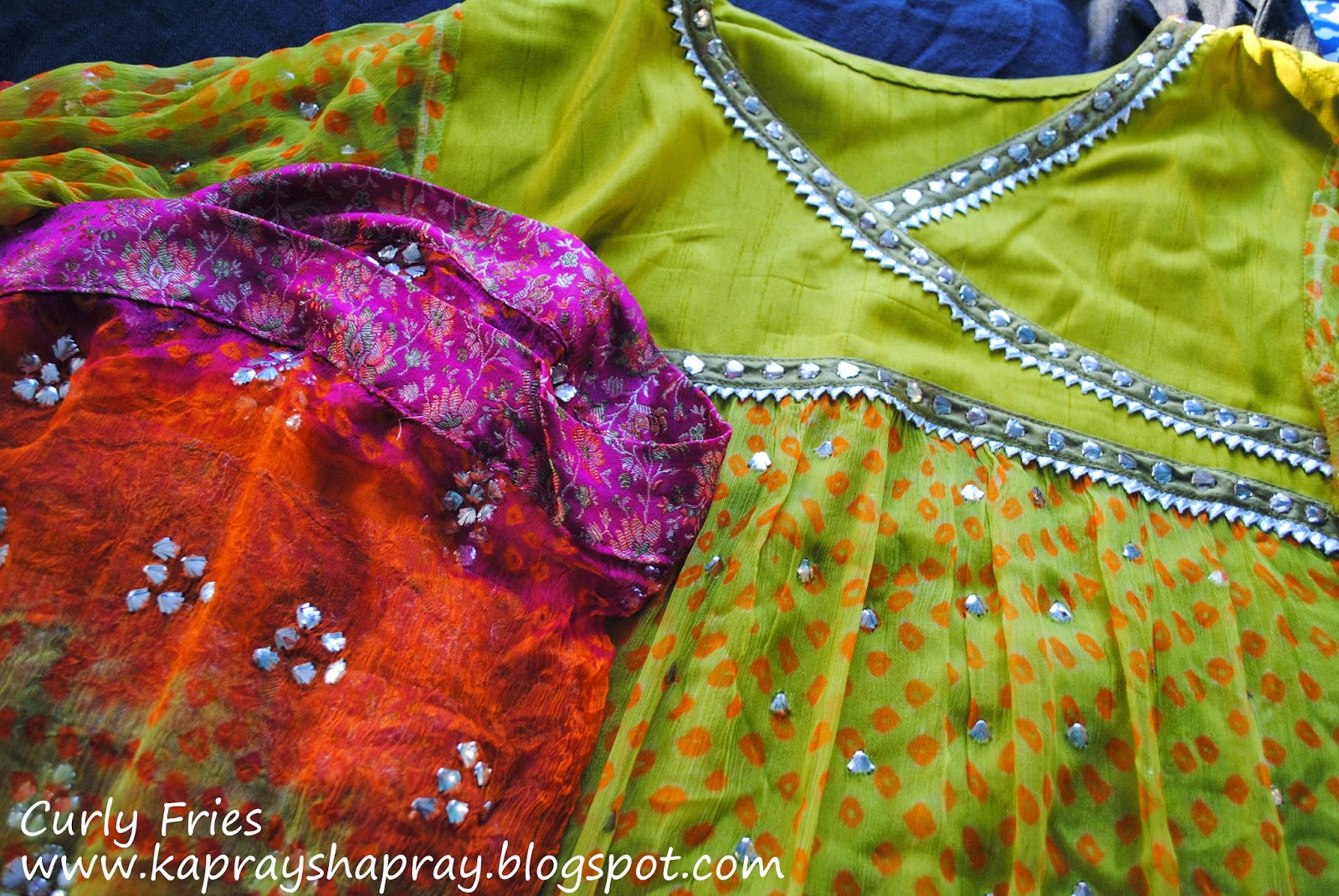 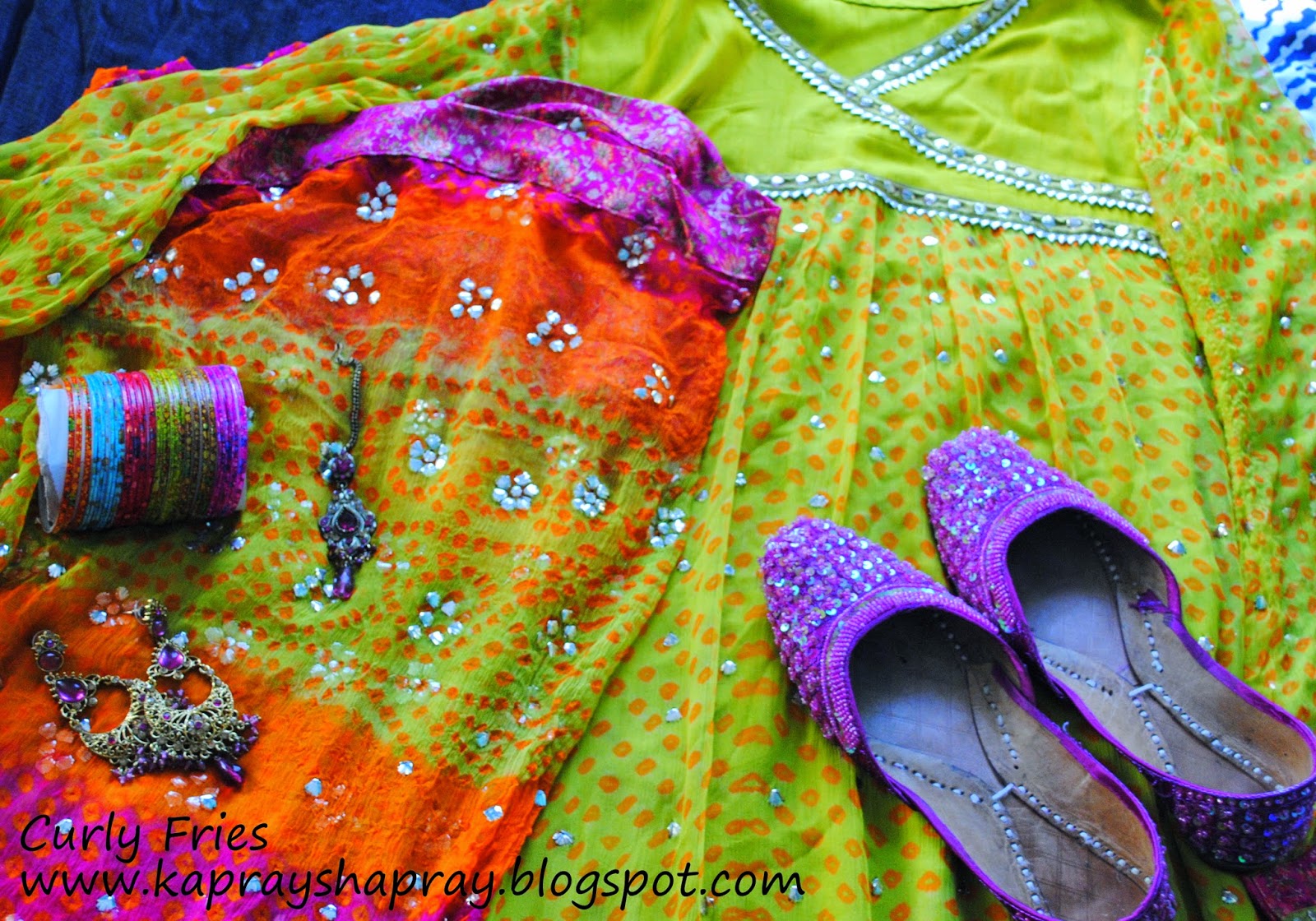 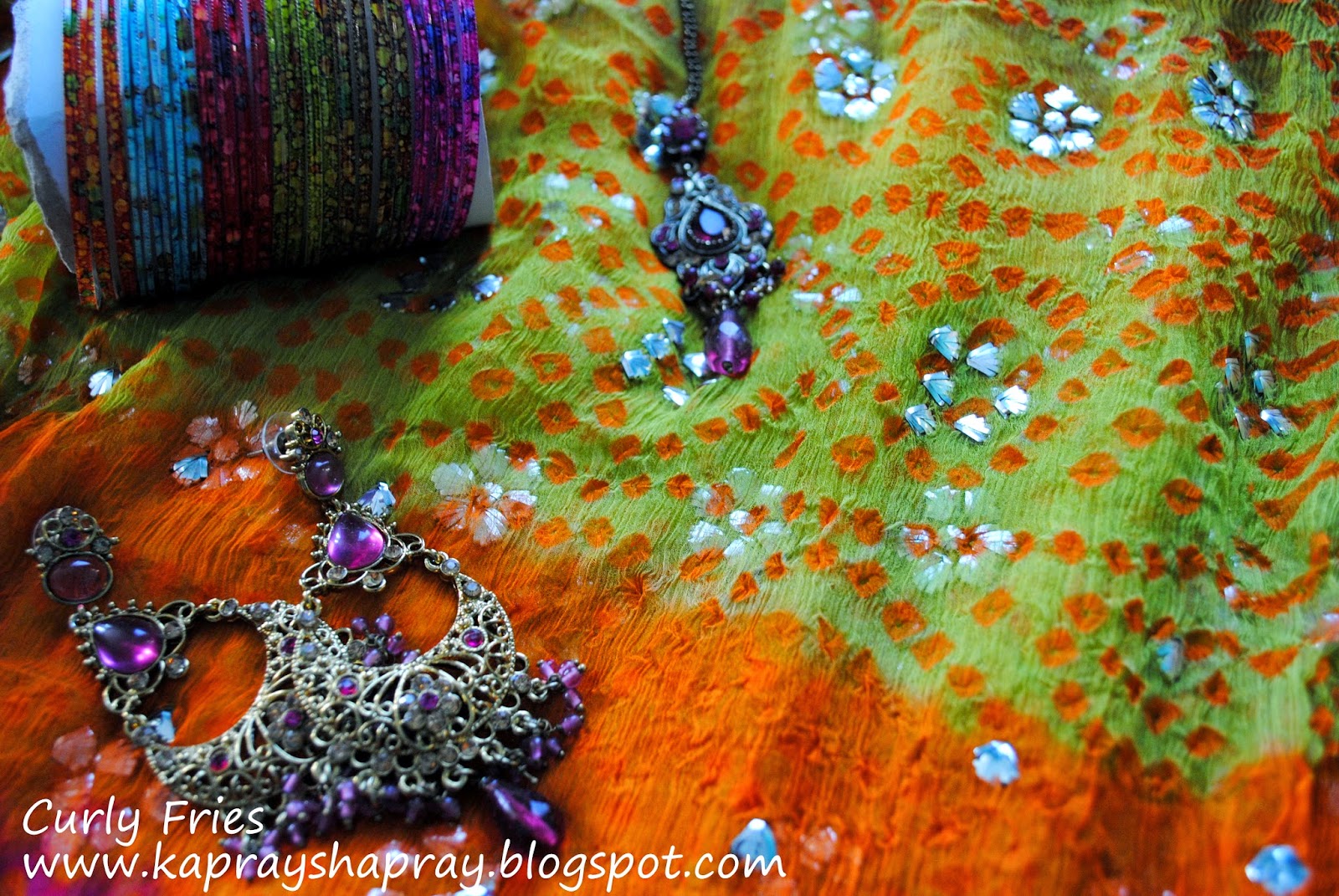 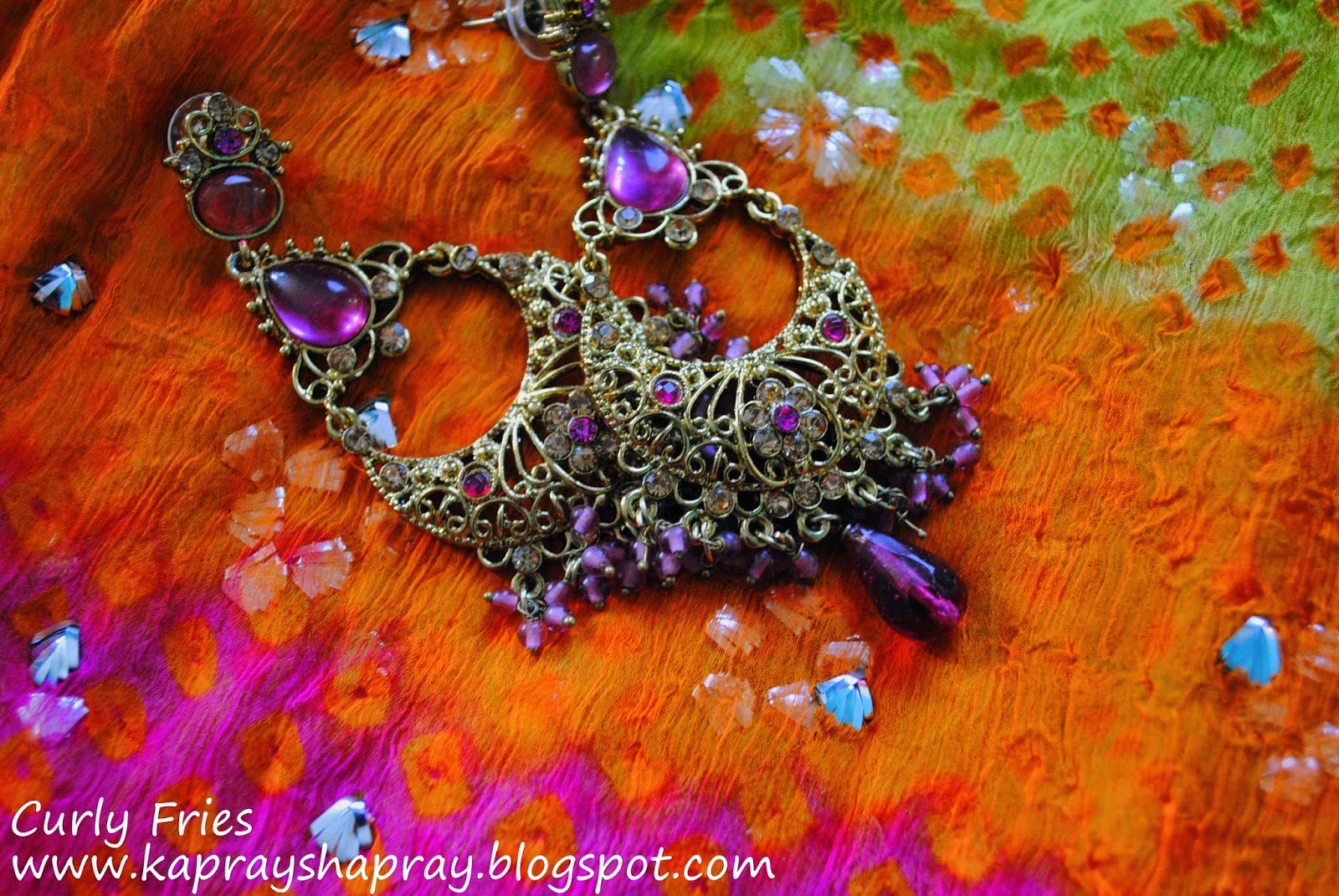 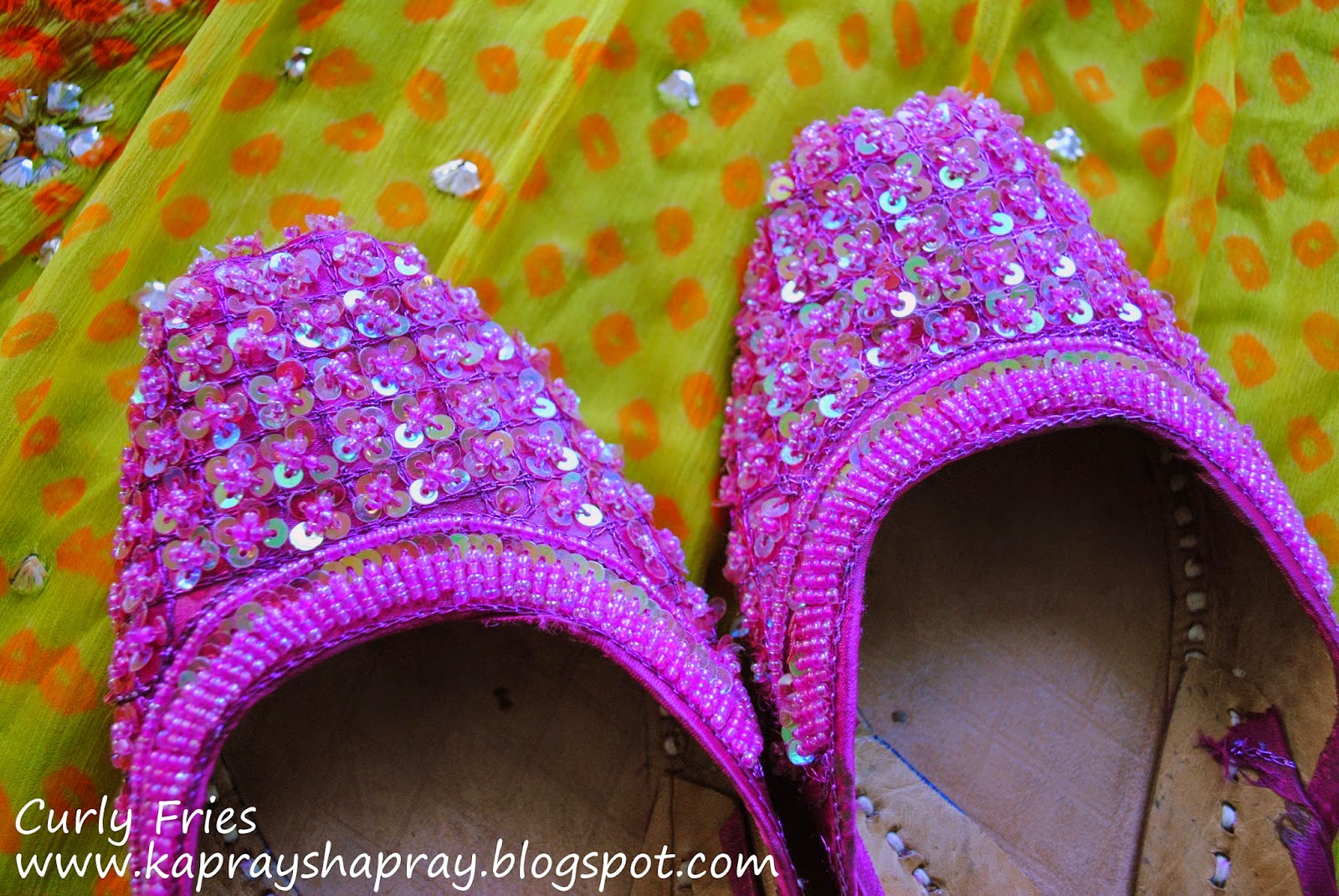 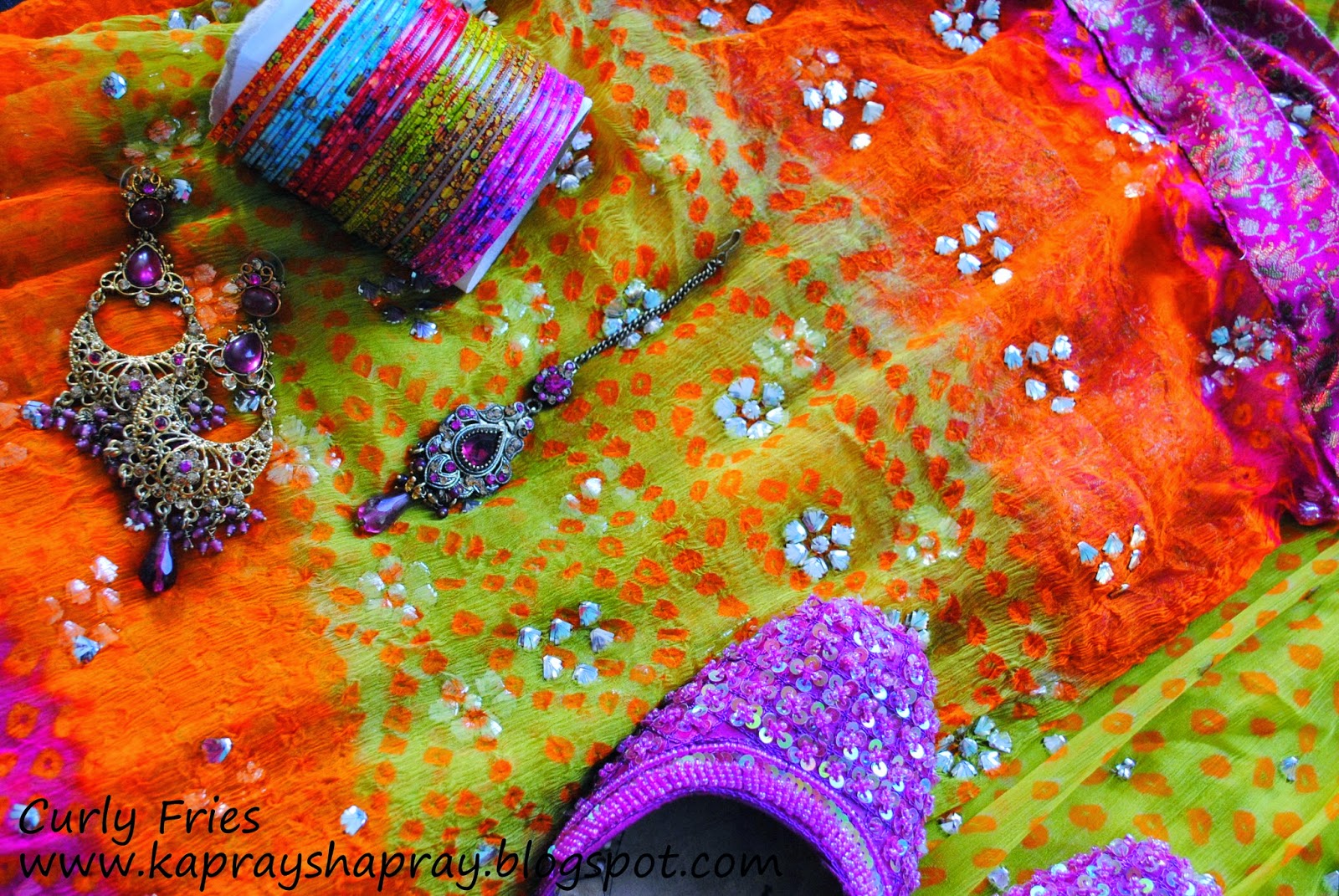 This is me wearing it, I didn't take many photos because there are a lot of me sitting down and joining in with the singing. I love angrakha-style (wrap-style) dresses and this is the first one I have ordered, which felt a little strange around the bust but was very comfortable. I also loved the pitta or flat metal strips which was embellishing the dress and added some weight to it.

One of my little nieces also coincidentally matched my outfit which made my day - her mum dressed her in a cute olive and orange Maria B children's dress which she looked adorable in. Unfortunately she is also a very lively child and this is the clearest picture I have of her wearing the dress! My sister's eldest daughter also wore a beautiful olive green suit with an orange dupatta which also matched me! 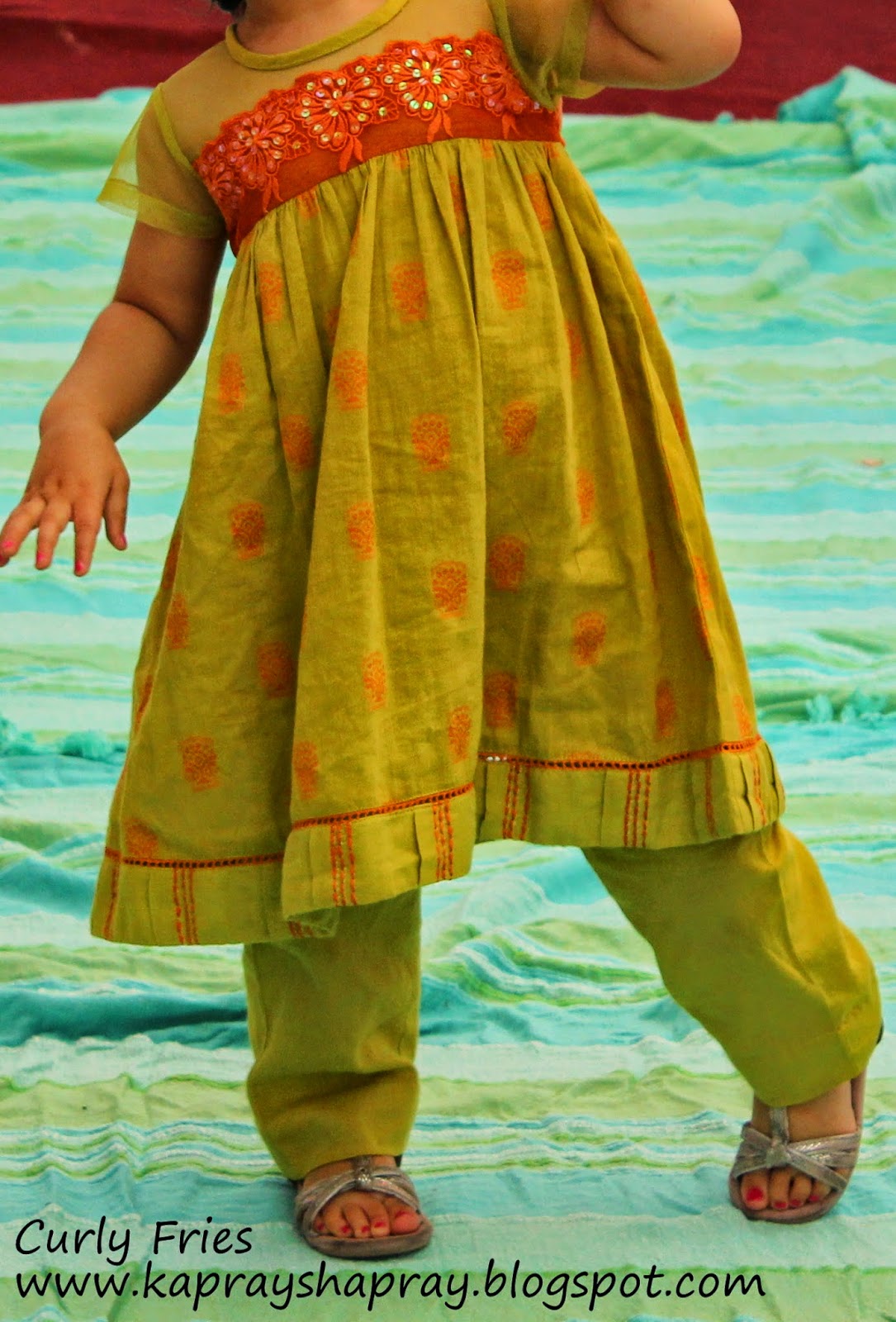 There wasn't really a dress-code for the guests, but they all wore some amazing outfits. One of my closest, best friends wore her mother-in-law's wedding gharara, which looked beautiful and very classy, I can't show the full thing but this is the colours of the gharara: 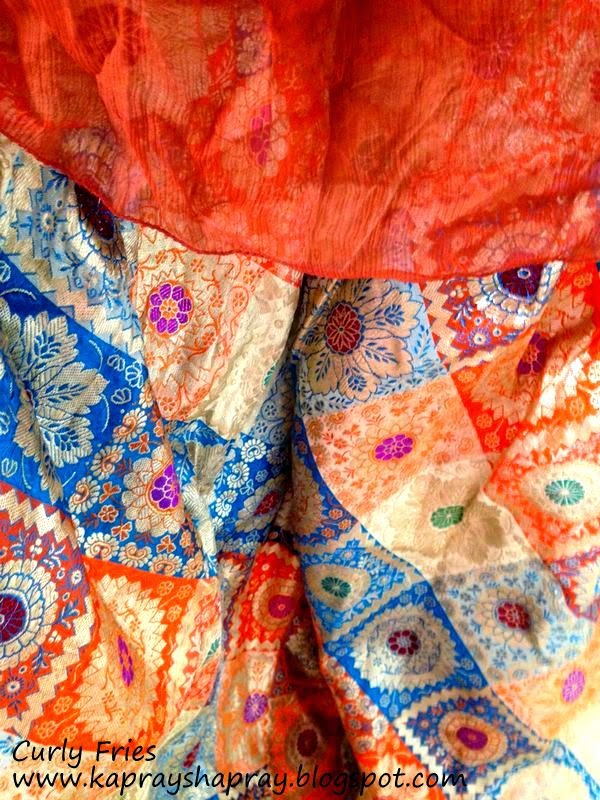 My sisters wore some lovely suits, my eldest sister wore a blue and silver sparkly outfit which was very pretty, and my sister-in-law wore a gorgeous orange and black printed kurta from RDC London, I don't have pictures unfortunately, but they were lovely! (although here's a shot of the dholki being crawled over by my niece and some of our outfits!) 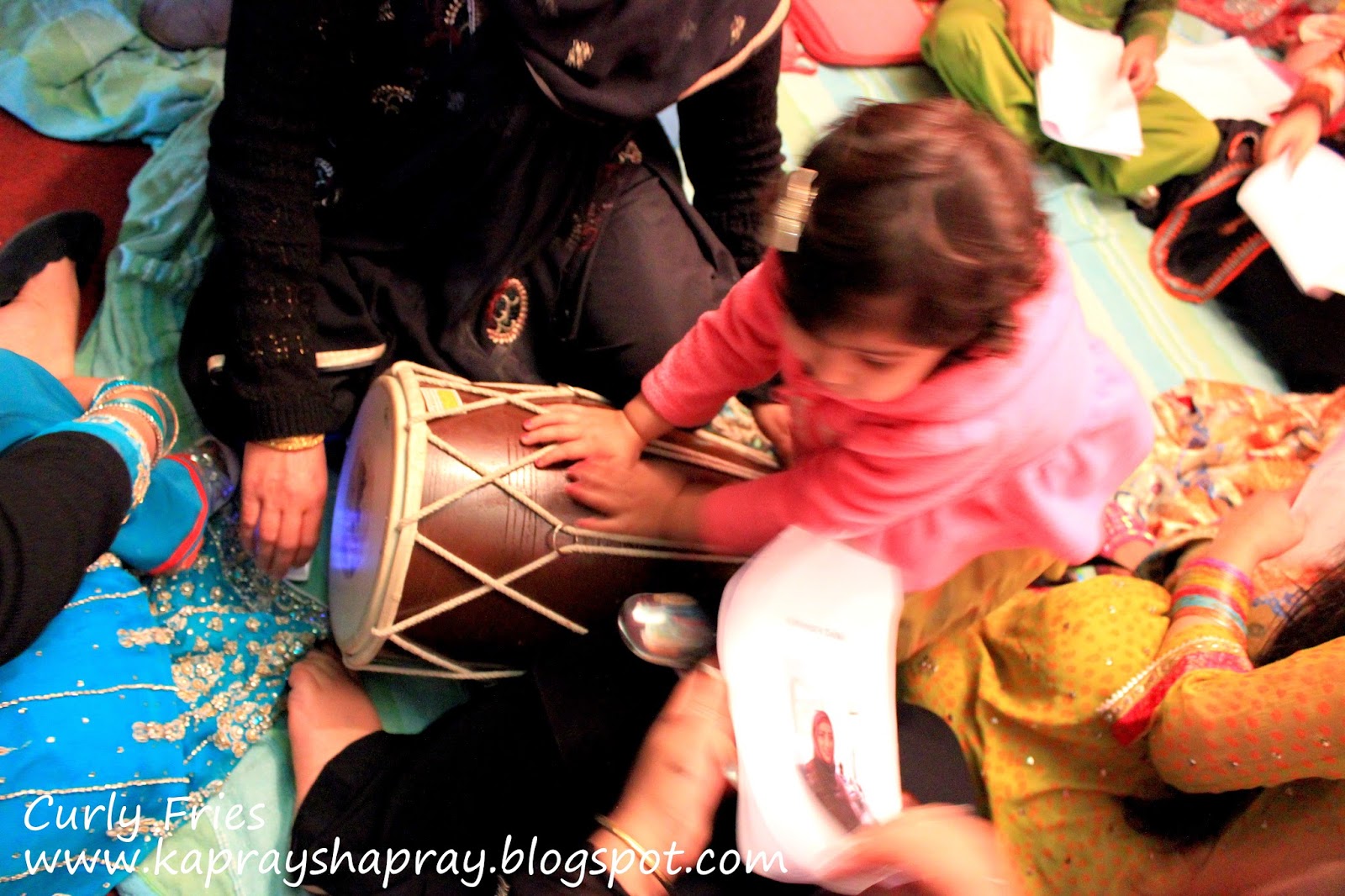 All picture credits go to my sister, who managed to take more photographs than I did for once! I don't have a lot of other pictures of outfits, so I'll finish off with a picture of some of my nieces and the babies in my family frolicking outside the marquee and posing!