I've seen a few outfits by Pakstani label Chinyere over the last year or so, and I love their ongoing traditional look. I have noticed that they have especially tried to garner the 'British Raj Empire' look for themselves, which some could say would be an older form of East-meets-West fusion. The ones which caught my eye previously are these outfits: 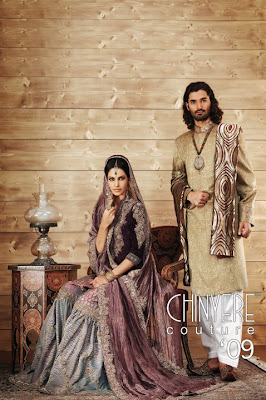 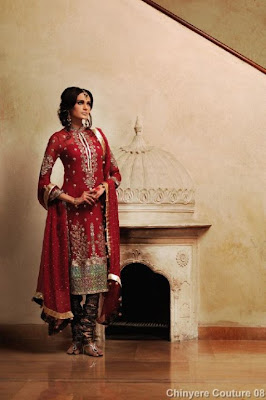 I love the traditional, modest style of both outfits, the first using a velvet combination, and the second looking a little more exotice yet similarly luxurious. I also like the counterpart outfits which have been created for men as well, which captures the traditional yet aristocratic look. A search for their more recent collections have brought up their collection from Winter 2010, and also their "Rag ja Pakistan" collection from Januart 2011 which seems to be their most recent showcase. Their styles range from the less-heavier wear, such as these: 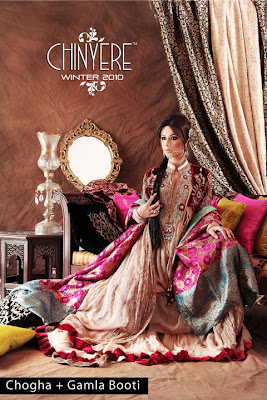 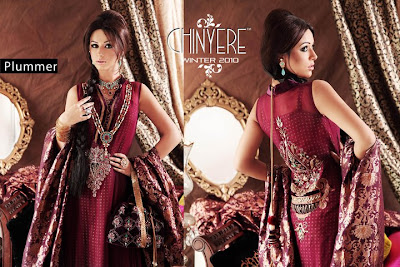 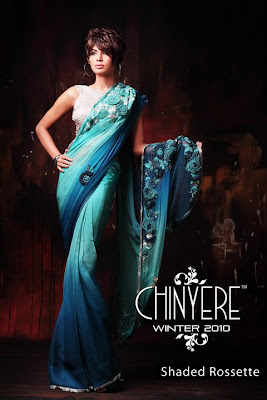 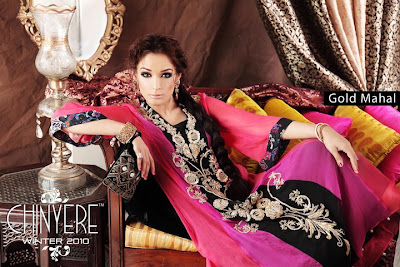 ...to the more glamorous, heavier outfits such as these, aptly titled "British Raj": 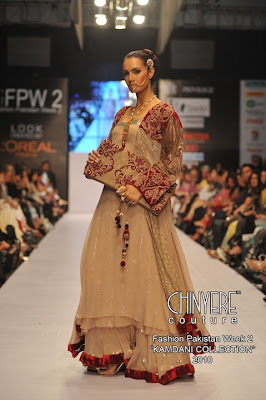 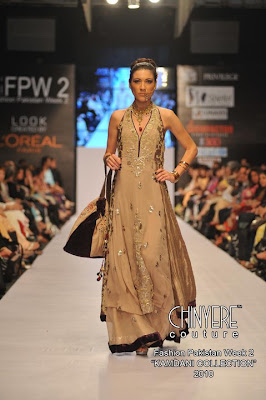 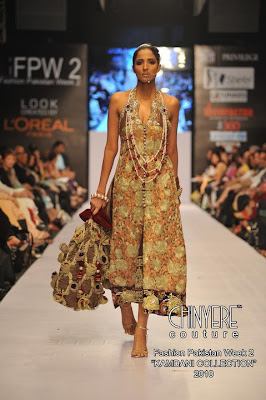 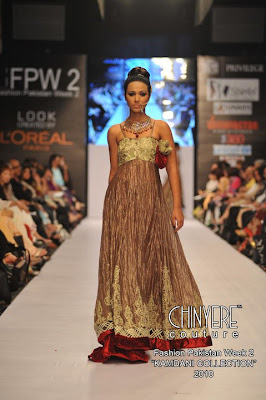 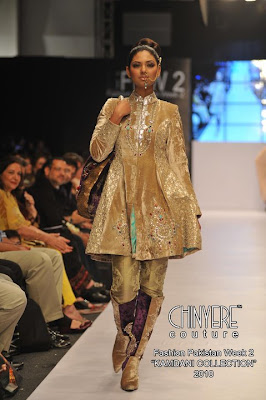 And lastly their latest summer lawn collection (called "Rang ja Pakistan") which seems to take a different route, and instead goes for the more colourful style of going back to Pakistan's roots: 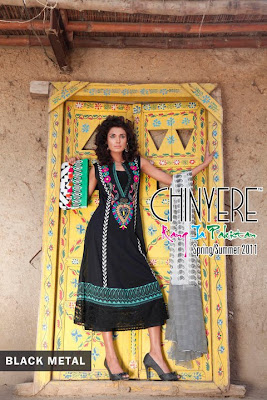 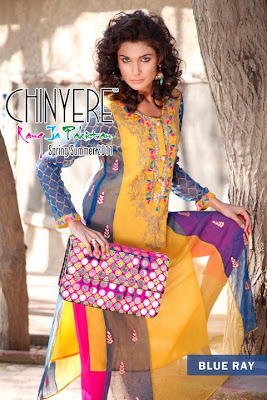 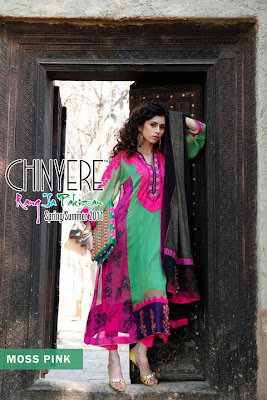 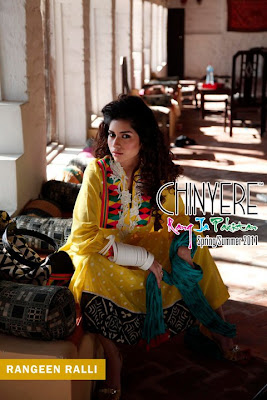 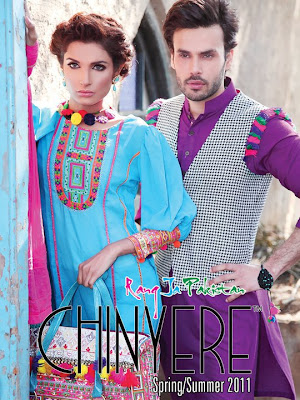 All pictures belong to Chinyere Company
I think I prefer the traditional styles of their earlier collection, such as the damask print dresses, and the luxurious gold dabka work, as this seems to give more character to the outfits. However the later collections are more likely to be affordable,and also more wearable for consumers like myself. You can browse Chinyere's collection on their website and Facebook pages. For those of you are able to visit, Chinyere also retails in good ole Green Street in East London, in a store called Bareeze and also in their store in Manchester. Has anyone seen any other Chinyere outfits they like? If so, send me a link!
Posted by Curly Fry at 12:27