THE WEDDING POSTS: My Mehndi Trial

I've been finding it difficult to find the time to blog these last few days,

I mentioned earlier than I've been doing various trials for the wedding, one of them being a mehndi trial. My manager at work made fun of me about this, laughingly saying that in his day you used to just put on mehndi and make-up as it came (which your mum probably booked for you) and didn't have trials, and how 'you young girls'go overboard and need a trial and party for everything.

While I agree with his sentiments in a way, I also don't see any harm in doing a trial - the last few brides I have spoken to have done trials to make sure that they're happy with the results. Personally, I was a little fussy in who I wanted because I wanted someone reasonably price who was able to do intricate mehndi. Because my bridal outfit will have longer sleeves, I don't want the mehndi applied all the way up my arms, and would prefer the focus to be on the smaller, beautiful details. My other concern was the colour of the mehndi, which I wanted to be as dark as possible.

I've been looking at a lot of mehndi artists, both people I know who do it as amateurs as well as professionals (there were a few who had been trained by the famous Ash Kumar which caught my eye!). While I would love to save money and get a friend to do it for free, a lot of my friends don't do bridal henna to this extent, and I'll admit, I'm a little fussy - my sister confirmed my feeling that you only get married once and it's nice to get it done professionally.

My mehndi artist I ended up with was recommended to me by one of my best friends, who used her a few years ago for her own wedding. One of the biggest reasons why I opted for her was because of the colour that came out - the mehndi artist mixes her own mehndi rather than use the shop-bought ones, which I preferred because it meant that the henna mix and colour would be purer.

So I went to visit the mehndi artist at home and we discussed what patterns and styles I wanted, how much I wanted applied and she also showed me her portfolio of her work. We then finally did a trial, which was done quite quickly on both sides of my hand so I could see the differences in colour and design. I was really impressed with how neat the design was, and how it flowed - the mehndi artist explained that she couldn't go too intricate and small as it would make the mehndi mix together and ruin the pattern, and when dry the pattern would just be a red blur. I love round floral patterns as mehndi as well, so naturally asked her to draw a flower on my hand, which she obliged with! Here are the quick designs she did on my hand (I don't know why my hands look fat, they're not really!) 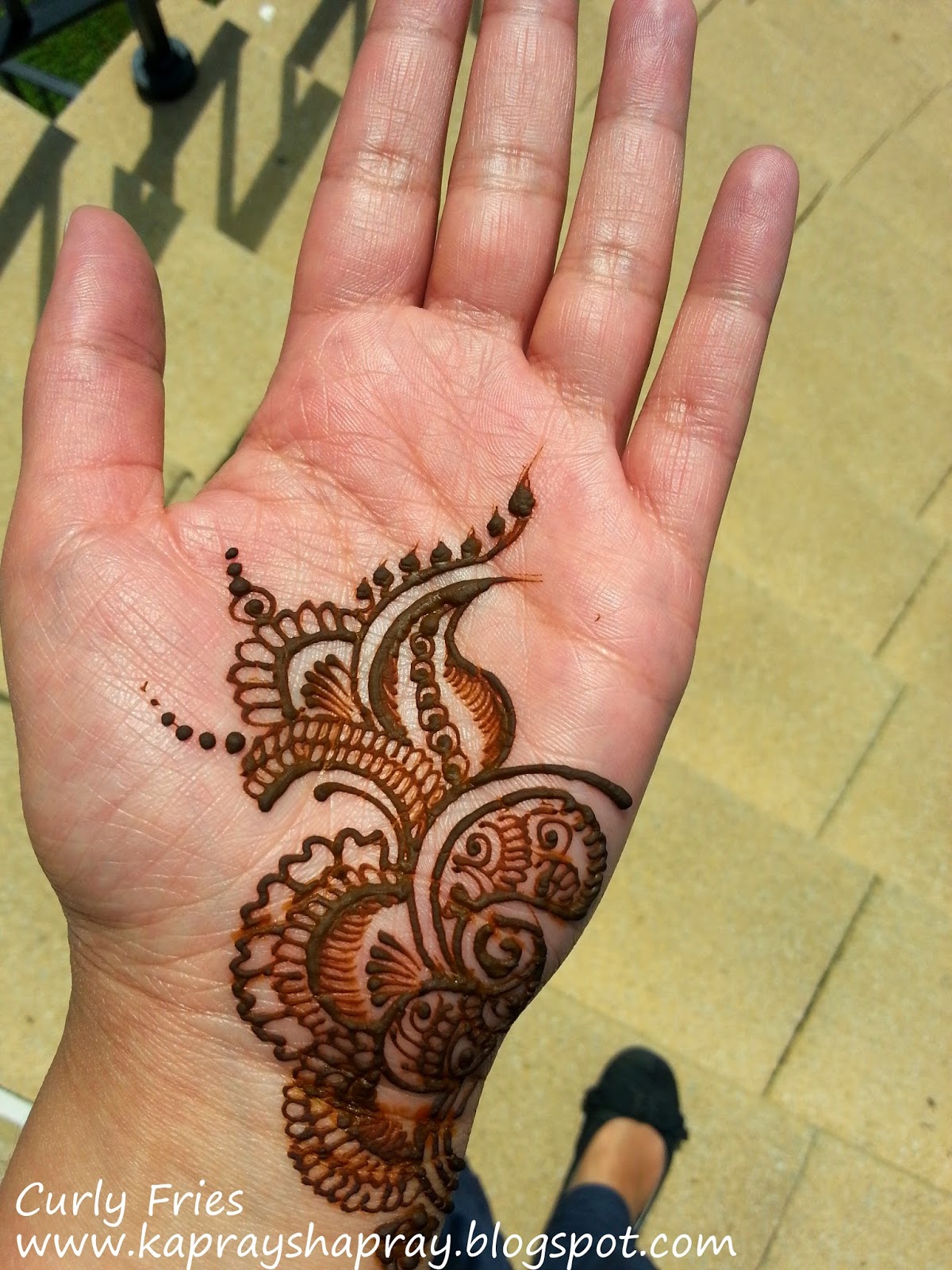 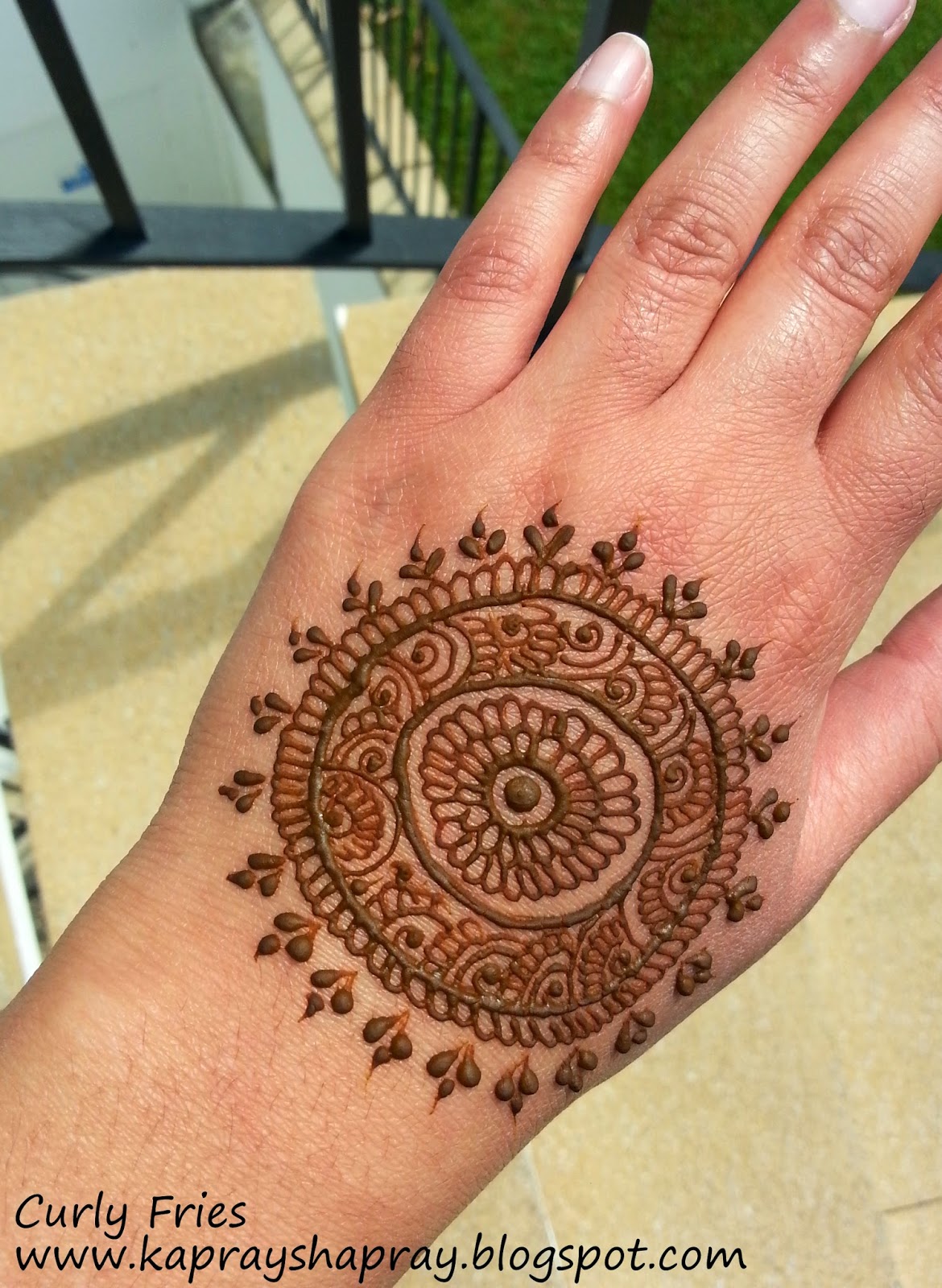 After the trial, the mehndi artist told me to wait for the colour to come out in the next day or two before making the decision to go with her, with I thought was helpful of her. This is the colour after nearly two days of the initial application, which I was quite happy with - the colour was quite red and the pattern was still very neat. 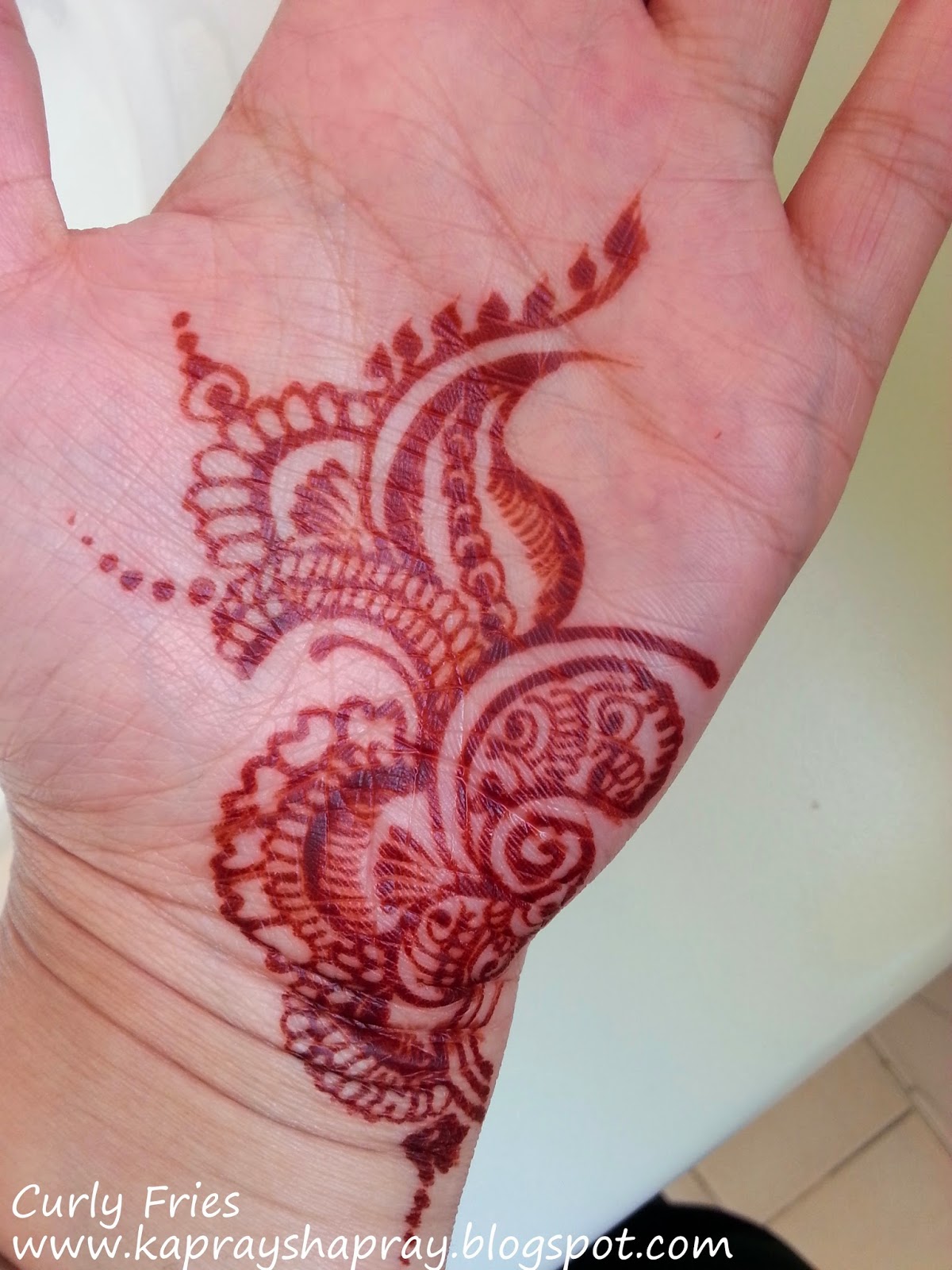 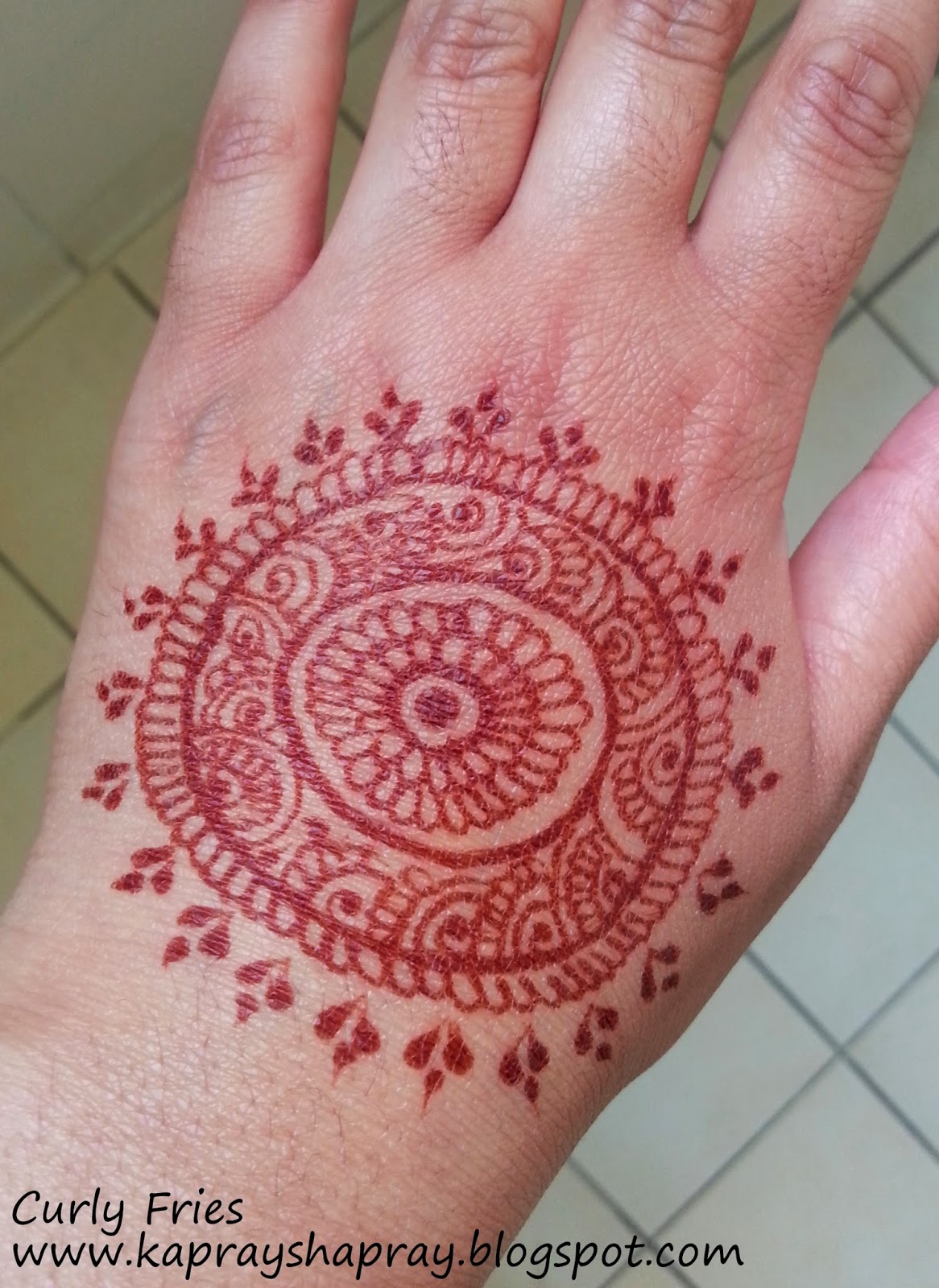 In the end, after the week wore off, I was happy enough with the trial that I confirmed my booking. I didn't want to do too many trials, and was happy with the price that this mehndi artist gave me, which was a lot cheaper than the other ones in area.

I'm still looking around for small mehndi artists who can do cheap mehndi on my family closer to the time, but I'm less worried about this, especially as we know friends who can do this, and my sisters are not bad either at henna patterns!
Posted by Curly Fry at 11:25