Making samosas
Just in time for Ramadan time! Every year my mum gets us all involved in making a big batch of samosas and spring rolls in time for Ramadan. I'm no good at making triangles, so I 'help' with all the little jobs like peeling and cutting the sheets, 'testing' the fillings and cleaning up stuff. 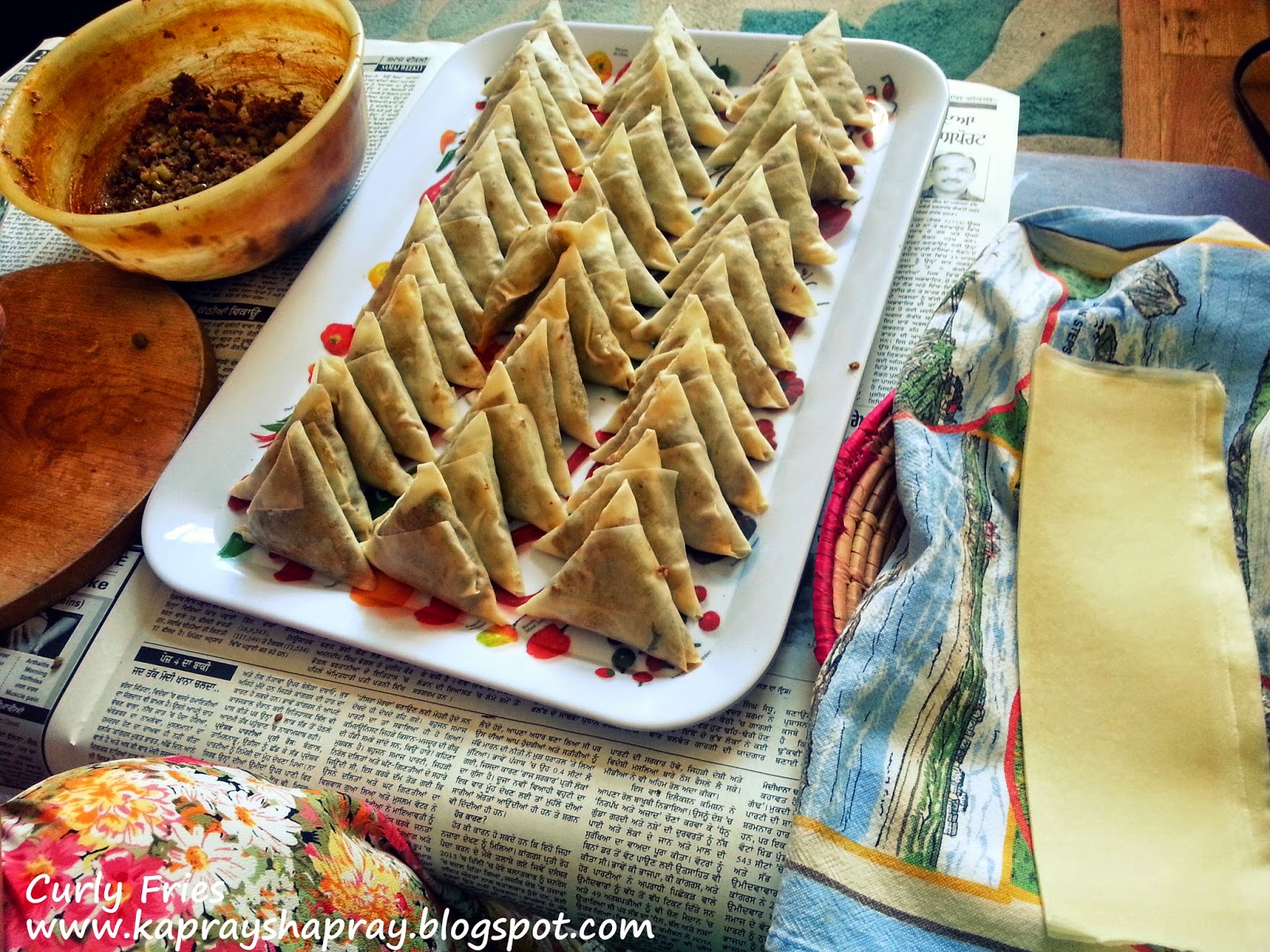 Mehndi trials
I did a mehndi trial yesterday with a mehndi artist who was recommended by one of my best friends, who had also used her for her own bridal mehndi.  The reason I was keen on this mehndi artist is that she was reasonably-priced, and she uses her own mehndi which she mixes herself and gives a lovely  dark colour (and I know this from seeing the bridal henna on my best friend, which came out a really deep red). I'll post more about the trial in a couple of days once I have a better idea of how the mehndi and the colour comes out, but here's me taking a quick sneaky picture half-way through the trial! 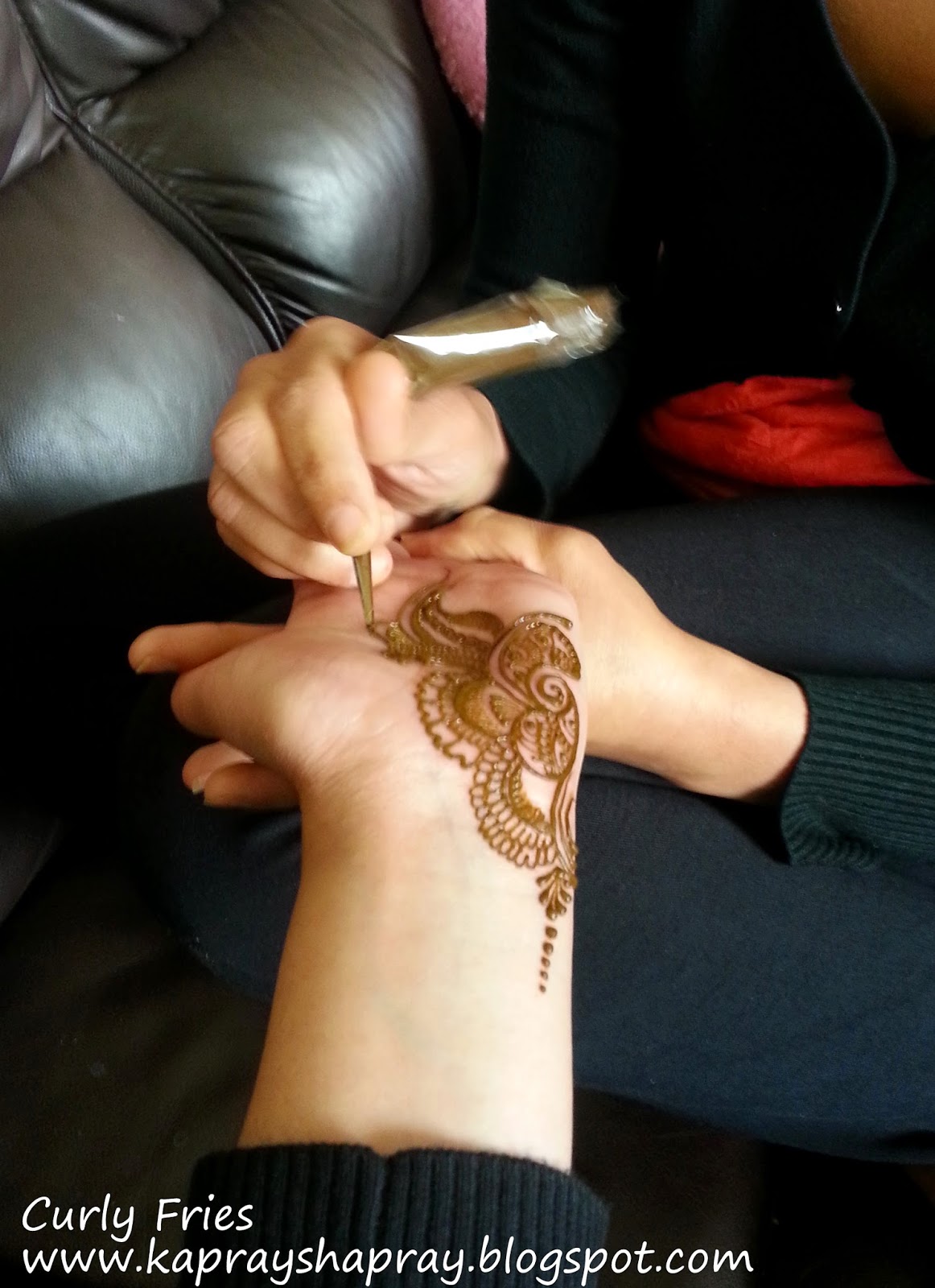 Housing Hunting
I've been spending a good few months looking at (and still looking at!) properties for myself and the hubby-to-be to move into after the wedding, which has taken up a lot of our time. It's still an ongoing, and very long process (not to mention this blog is about clothes and pretty stuff!) so I won't go into it too much, but we've been learning a lot about how to manage our wedding budget alongside our plans involving where to live. We don't have a massive budget, which is why we haven't planned a big wedding, but in hindsight, this has made our planning a little easier to do as it filters out the unrealistic and expensive stuff that would be too unaffordable for us.

Make-up Trials
Speaking of trials, a big one I did was my bridal make-up trial a while ago. I did a lot of research around bridal make-up artists in the UK, and particularly those who were based in London and their prices, looks and styles. This was important to me as well because I am someone who can be a little self-conscious with heavy make-up; and I think that you can wear amazing clothes and shoes, but the first thing people see is your face! I made a lot of enquiries and had a couple of trials, including one very successful one with my bridal MUA who I ended up booking. Again, this is a separate post that I will post very soon about as I have had a lot of queries from other brides-to-be about these.

Shopping for outfits
I know, I'm terrible, it's the first day of Ramadan and we're already shopping for Eid outfits. Any excuse to look at pretty things, right? My sisters and I have learned over the last few years that sometimes the weekends preceding Eid can get really manic, especially as people tend to hit the shops all at the same time to look for outfits. We're the type that prefer a quiet life, and would rather order something months before or just buy something while the shops are quiet. Granted, this doesn't always work because we still end up shopping last-minute, or we end up seeing something we love that is part of the newer Eid stocks two days before Eid.

Below on the left is a beautiful white and gold embroidered Sana Safinaz outfit I saw recently (a bit out of my budget for an Eid outfit, I'll admit), which I thought looked lovely, particuarly as an outfit which would suit women of all ages. The outfit on the right is a non-branded outfit from a local shop which was selling afforadable outfits. I've been hankering after a summery, simple outfit and this white embroidered one was quite pretty, particularly as it was in an angrakha or wrap-dress style, which I like. I haven't made up my mind what I want to buy yet, but this is one of the options anyway! 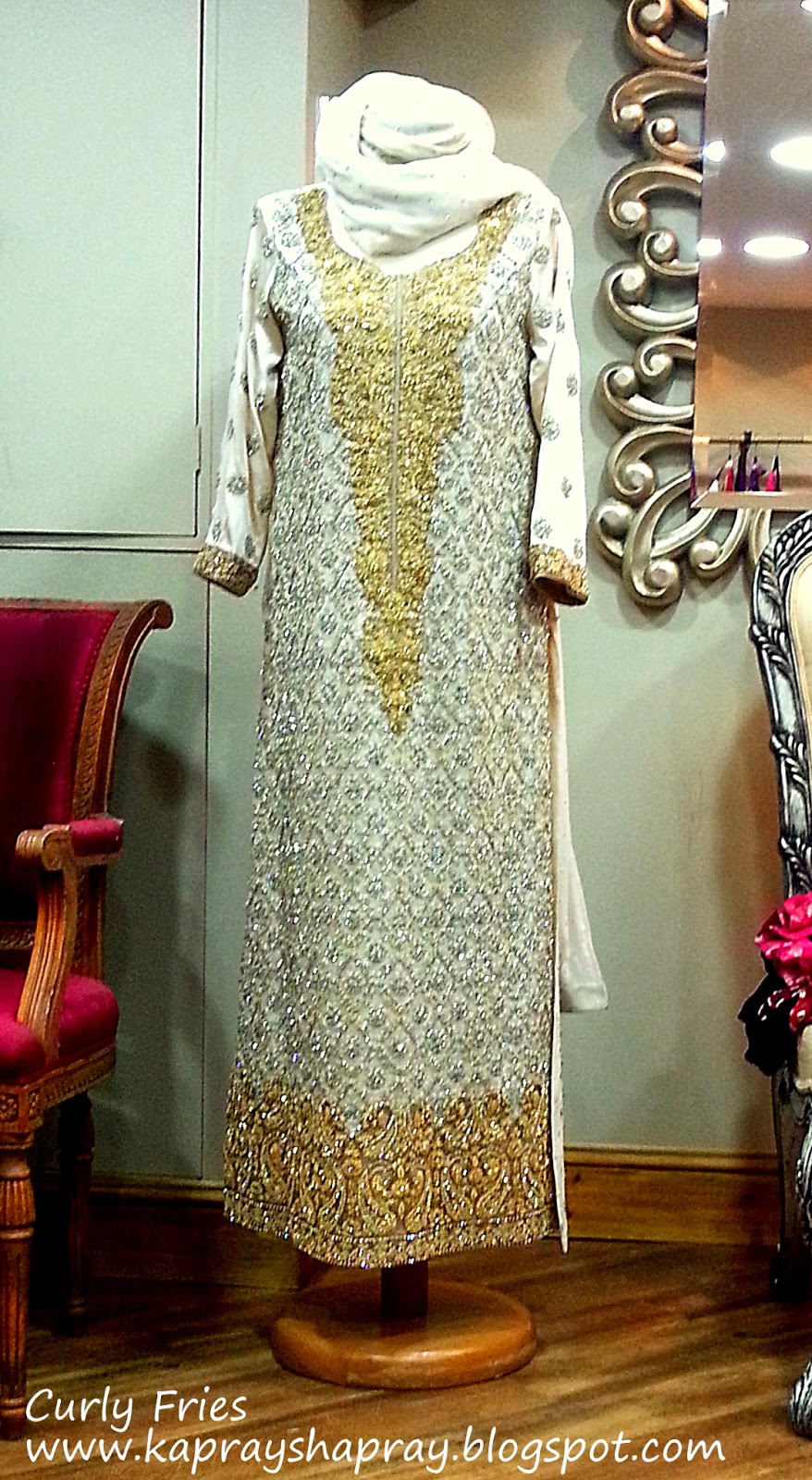 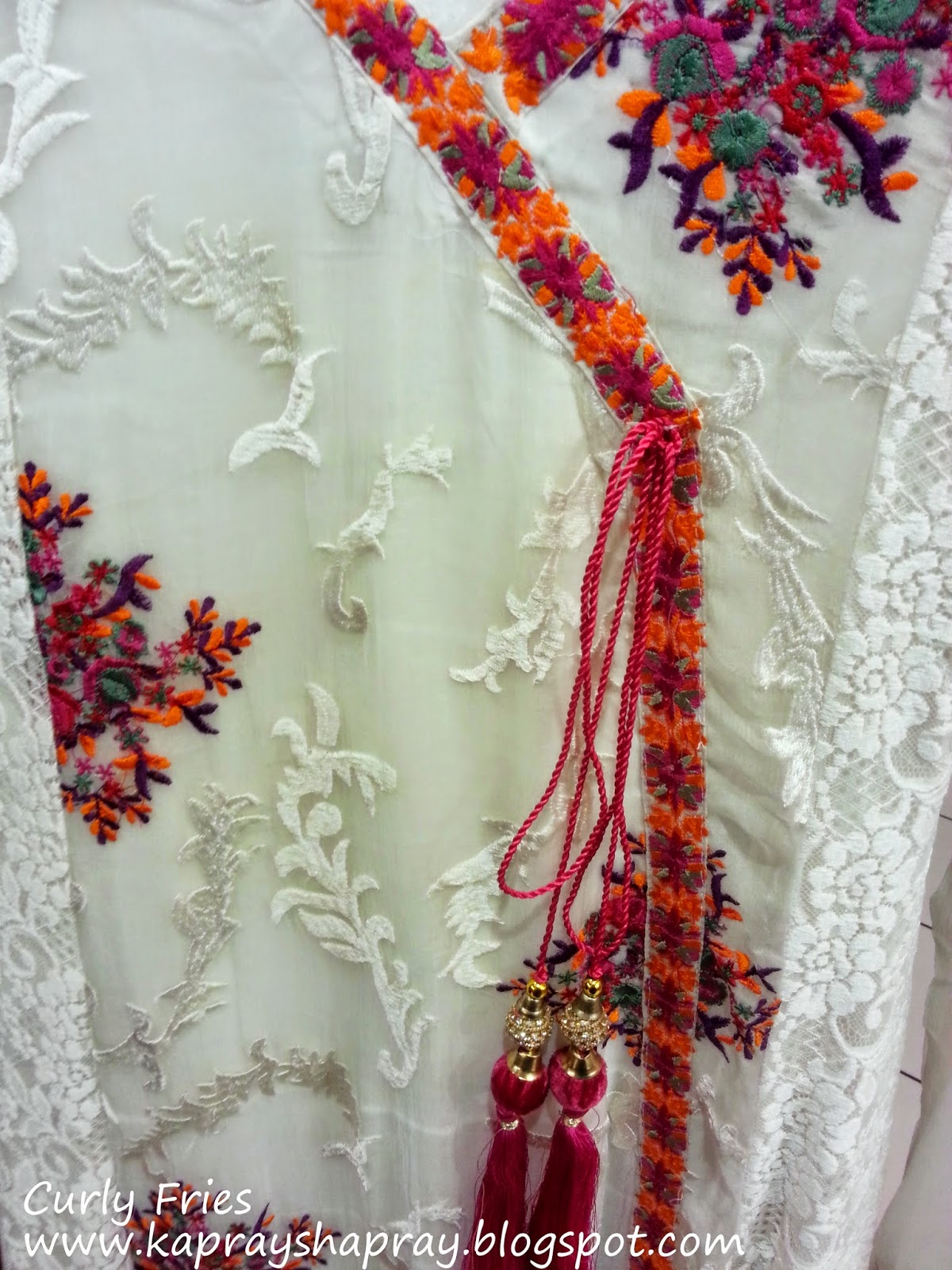 I'll be posting in more detail about most of these, but you can see I've been keeping busy! I'm still doing a few little things for wedding preps, and it's starting to come together nicely which is a big relief as the wedding is only two months away now. I've glad that I've got a lot of things sorted out before Ramadan started, so I can focus on fasting and not being stressed about the little things, although I'm sure there's a few little things left!
Posted by Curly Fry at 15:15