I've been seeing some promos for this movie the last few weeks, Ae Dil Hai Mushkil which released a few days ago in time for Diwali celebrations. I'm a big fan of Ranbir Kapoor's movies for the quirky characters he plays, and also of Anushka's bubbly personality, so will be looking forward to this one!

One of the things everyone has been talking about (apart from the beautiful songs and their lyrics!) is Anushka and Ranbir's wedding scene, which features Anushka wearing a beautiful, regal red and gold outfit designed by Bollywood costume king Manish Malhotra. 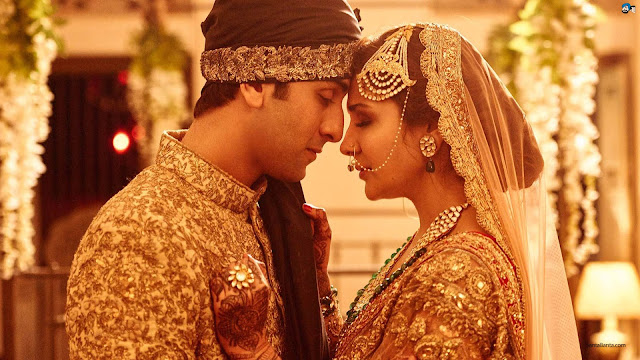 This is the dress itself (posted in Manish Malhotra's instagram account!) - I love how regal and old-school this outfit looks, while still mixing in beautiful jewellery and modern trends. I think the jewellery for this works beautifully, and looks very Pakistani or traditionally Indian which is gorgeous. 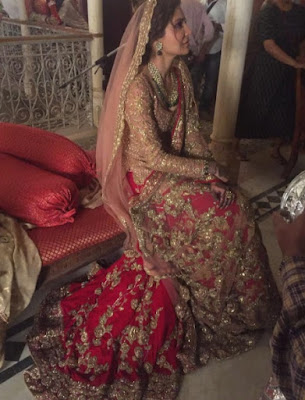 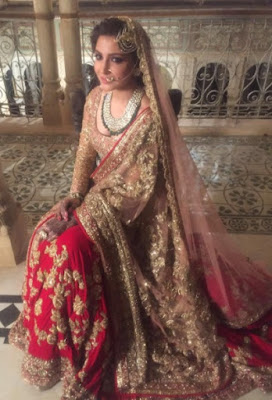 This was the only image i was able to find of the trail of the dress (and it's not that clear, is it!), but it shoes the lovely A-line shape of the skirt. 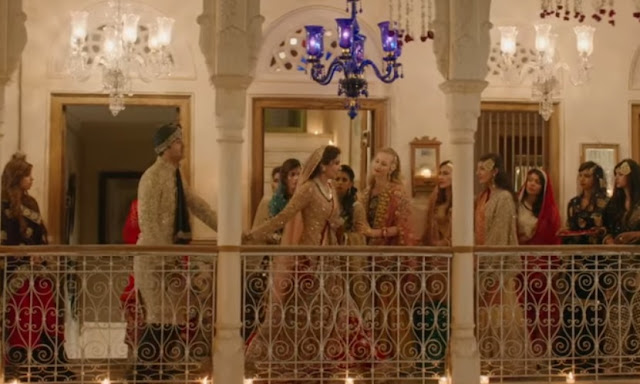 The draping of this bridal look is what makes half of it (the jewellery too!) there's two dupattas being used here, the one on her head and the second one draped across the front of the outfit for a traditional look. 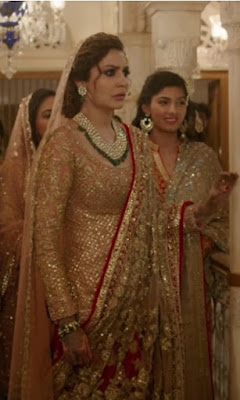 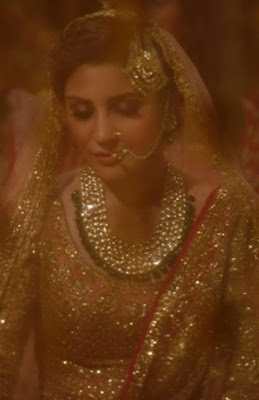 Over the years I've noticed that Bollywood brides in films tend to use very simple, light makeup (like this bridal, for example!) - for this scene Anushka has more of a smokey-eye look and soft pink lips, which I liked because it looked a lot more like brides I've seen in real life. Having said that, the eye makeup also makes Anushka look slightly ill - perhaps less pink around the eyes? 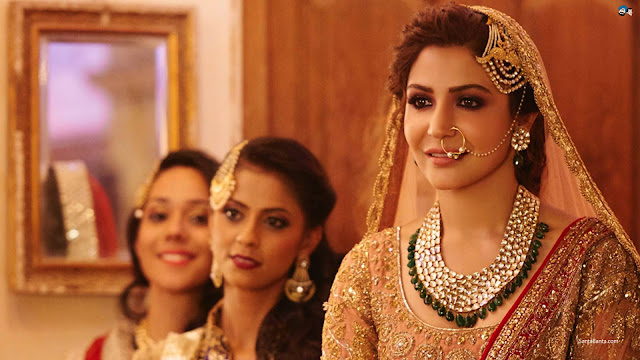 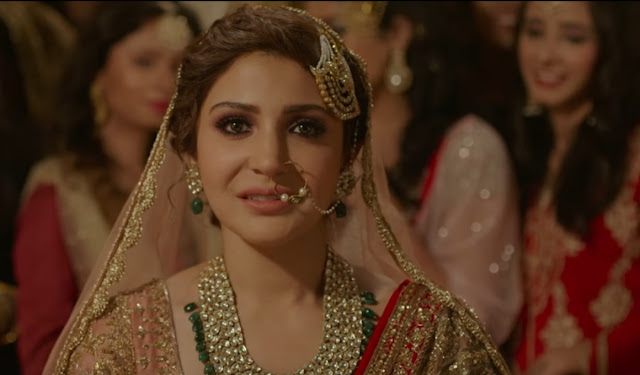 I haven't seen many other outfits from this film yet, but I did see these two sneak peeks below which I liked - the left is the mehndi outfit and the right is a glimpse of a pretty sparkly white outfit. I loved that Anushka's outfit on the left is a mix of embellished skirt and s kundan necklace with a off-white collar-shirt, very cool!

Apparently the bridal dress weighted 17kg and was a real struggle for Anushka - you can see her talking about it here. 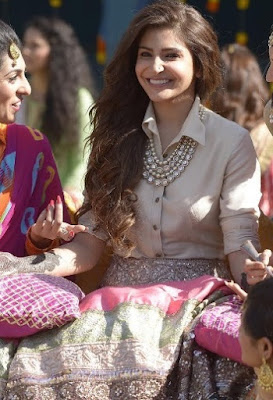 
I've also seen a lot of comparisons between Anushka's brida outfit from this film and the pretty white and gold bridal outfit she wears in Sultan - I personally love both!

What did you think of this bridal outfit?
Posted by Curly Fry at 14:55