I was lucky enough to get two tickets to the Muslim Lifestyle Show a couple of weeks ago, so attended with my sister to check out the exhibitions and shows.

We managed to spend a few hours at the Muslim Lifestyle Show, and managed to see plenty of outfits, abayahs, scarves, books, desserts, nuts, dates, various halal food companies, household goods and fittings as well as have fun with photobooths!

There were plenty of things to see, so I won't bombard you with too many images, but here's a few of the fun things I remember from the Muslim Lifestyle Show below.

Fashion & Shopping
One of the main reasons my sister and I wanted to attend the show was to see the different clothes and outfits available for sale - there were a lot of beautiful outfits on display from boutiques, and modesty-wear brands being promoted. I managed to spot designer Farrah Naaz at the show with a stand (the picture on the bottom right), and also found a range of beautiful abayahs and maxi dresses from a lot of brands who usually sell online. 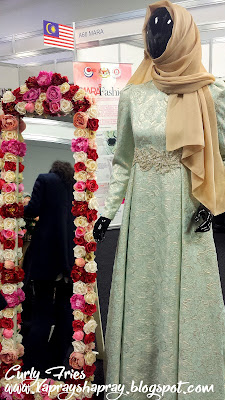 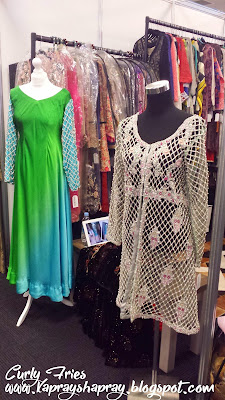 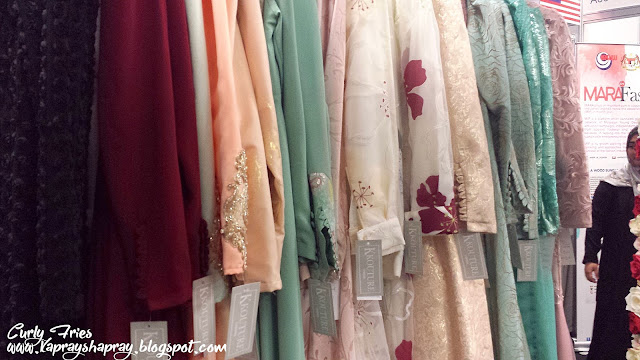 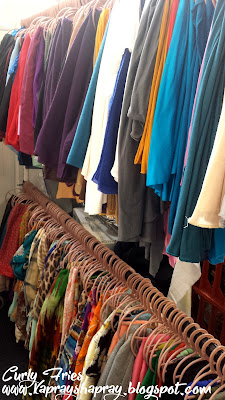 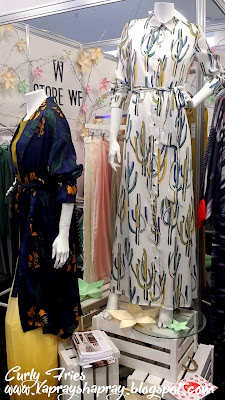 Food
I'm sure you can imagine that my sister and I headed straight for the sweet stuff, and sampled lots of goodies before buying a bunch of dates, cookies and brownies. I loved The Datery, which sells hand-made chocolate-covered dates, and Mubarak, which specialises in "little boxes of treats" from chocolates to scents and candles. 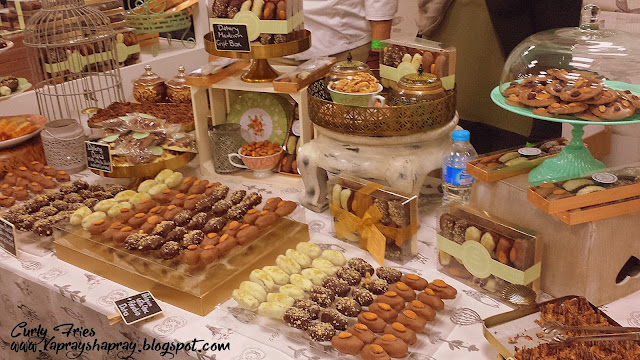 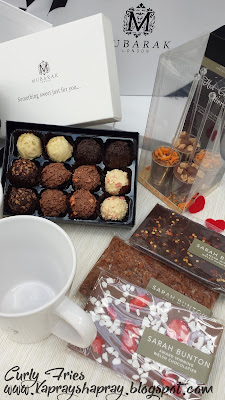 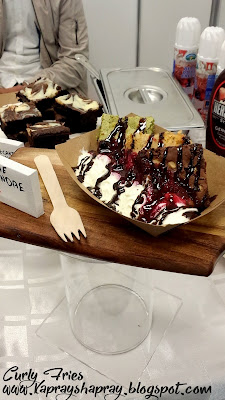 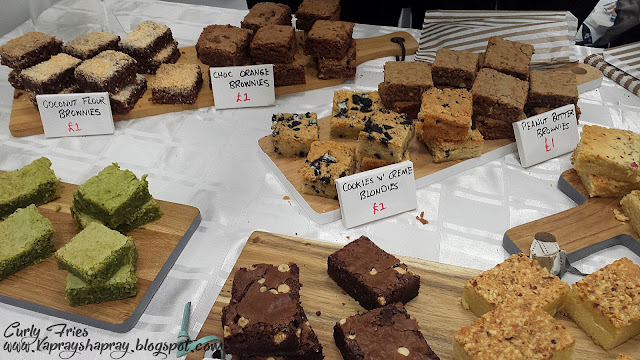 Of course we had to also stop to buy some halal sweets (or five) for ourselves and family, as you can imagine, these were popular stands! 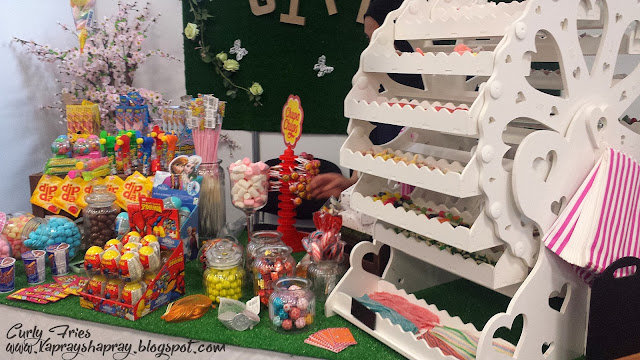 Catwalk Show
I didn't get to see a lot of the fashion show as I got to the stage a little late, but I did snap a few outfits and thought these ones by Gulshaan boutique were lovely! 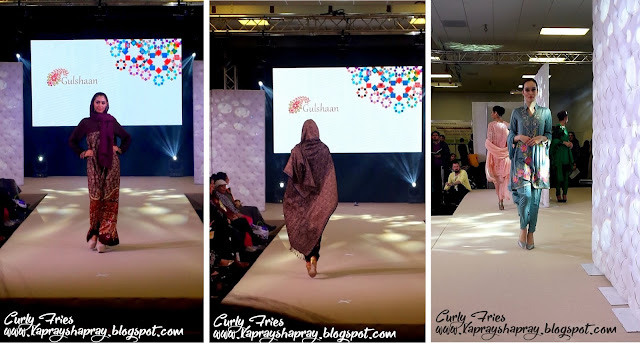 Jewellery and Perfumes
We also saw a range of halal perfumes, which were presented in gorgeous bottles, and in a range of colours and scents. I also liked a group of rings being sold by one company (I forget the name!) which had beautiful chunky precious-gems in clusters of twos and threes, lovely statement pieces (third pic below). 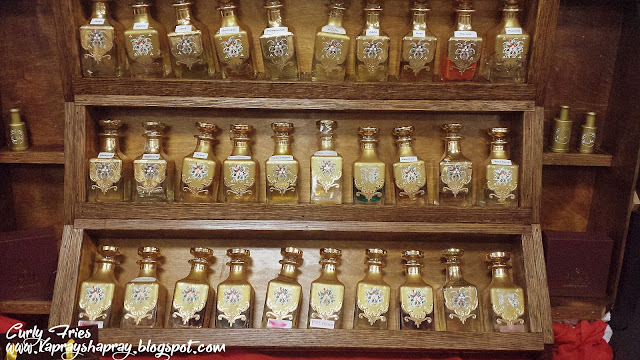 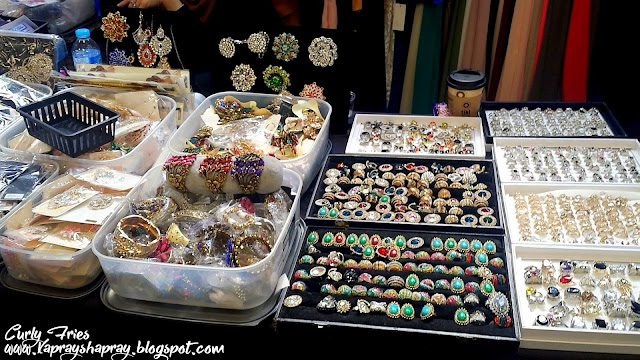 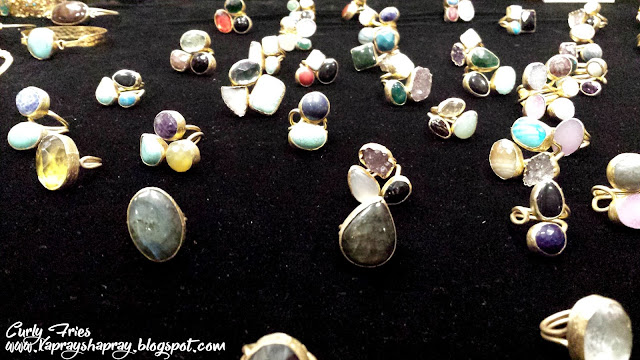 There were people getting their henna done on hands, as well as make-up artists promoting their work - below is the amazing makeup work done by the team of bridal makeup-artist Lubna Rafiq, complete with bridal dresses from Khans of London. 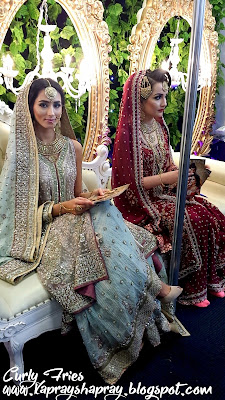 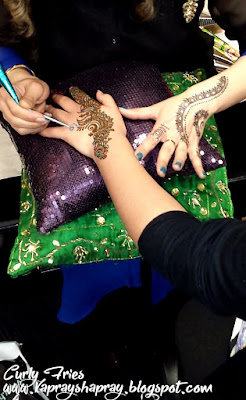 There were also men's products being promoted, which was probably useful as there were a lot of family men walking around with their wives and children! I loved this t-shirt below which I wanted for my husband, as well as the beard oils bottles being sold, which was a popular item. 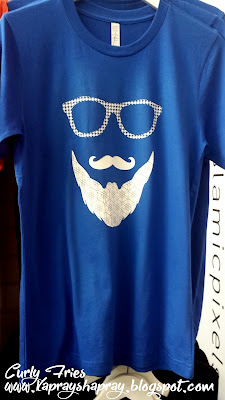 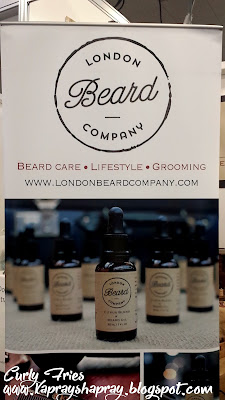 My sister and I also liked that there were plenty of stands raising awareness for charities and education - this stand called Let's Educated Pakistan aimed to get people to sponsor children in Pakistan to be able to go to schools, and had already set up two schools of their own. 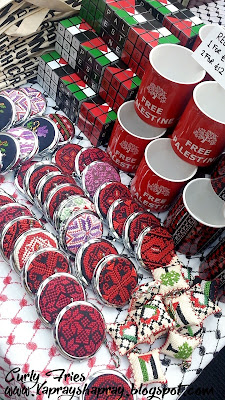 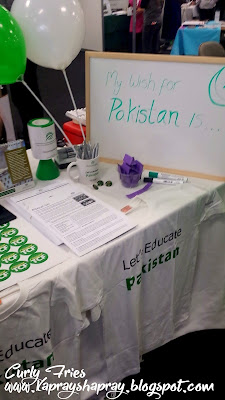 There was also plenty of homeware and decoration available - such as these beautiful, bespoke pieces of wall art, and very pretty coasters on the right which I wanted to buy (but didn't because they don't match anything in my house!) 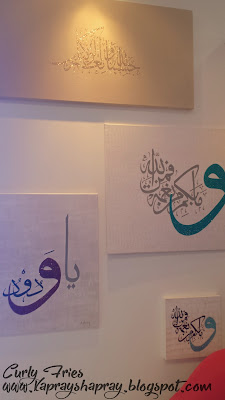 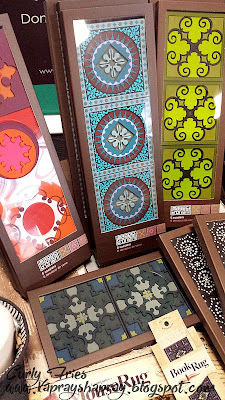 All in all we had a really fun time at the show, and even managed to catch a show with singer Sami Yusuf who did a series of lovely songs with a group of schoolchildren. I also managed to bump into a few other fashion bloggers that I'm friends which, who were helping out backstage at the fashion show doing hijab styling and makeup, which also made my day.

I'll be sure to look out for similar events - and there will be plenty for Eid! - and post any that I know are coming up. I thought this was a great way to bring together new products for young Muslims who want something new, as well as showcasing a range of fashion, food and charity causes to be interested in : )
Posted by Curly Fry at 14:32