THE WEDDING POSTS: The Wedding Clutch Bag by LovetoBag

When shopping for my wedding accessories, I had the biggest trouble find the right shoes and the right clutch bag. I opted not to go for a bouquet because it didn't go with the traditional look I wanted, and I thought a clutch bag would give the right touch.

I looked in a lot of shops for the perfect bag, and couldn't see anything which would go with a Pakistani-style wedding dress, a lot of clutch bags were too plain, not gold enough or looked too Western. I began to look online for more ideas, and loved clutches like this one, but found the prices were way too steep, particularly when it came to designer brands.

I stumbled across Lovetobag while browsing some alternative Indian designers, and fell in love with their collection at first sight. You can see some of their collections here, most of which I love, which are all bright, intricate and beautifully made, with some very reasonable prices. There were more than one pieces that I liked the look of, and it took me a while to settle on one that I liked.

This is the design I picked, called the Heirloom Clutch, which was beautifully decorated and exactly the sort of thing I had been looking for. They come in four or five colours, but unfortunately they didn't have blue to match my dress, or a deep red which I would have picked as well (there was a bright red which didn't go, and a beautiful off-while which I loved but which wouldn't have matched). 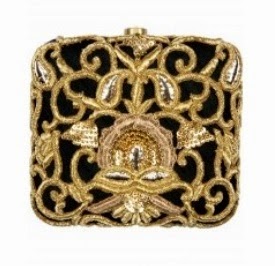 I decided to see if I could get one made in blue, and emailed Ayushi at Lovetobag and told her what I wanted - first via Facebook messages and then after that via email. The exchange was pretty quick and it was easy to tell them what I wanted, although it was probably easier because I picked a design and didn't make any changes apart from the colour.

The overall process of ordering took about a month, which was longer than predicted because there was some delay when it came to payment, I'm not used to buying from India and it took me a couple of days to make sure that the payment I made (via Western Union) went to the right bank. Eventually Ayushi confirmed receipt, and the bag ended up at my door step about a week after her email confirming she had the money, and that the bag was being made. The fact that it arrived so quickly was definitely a plus, I remember starting to get stressed out about the wedding, and feeling relieved that one thing was being ticked off my list!

Here's the clutch bag I ended up with, it was slightly brighter than I expected but it worked for my dress, because it added a beautiful pop of blue. I love how beautifully made it is, and it's decorated on both sides which adds a balance to the bag (I feel that some clutch bags are let down where the front can be heavily worked and  looks beautiful but the back is too plain and it ends up looking asymmetrical.)

I have my eye on a few more clutch bags from this company, the quality is amazing and the prices are pretty great for what they are, I'm pretty sure they would cost at least twice as much from a retailer if sold here. I also love the fact that this is easy to use again, I've already used it twice since my wedding for other functions and it looks great! 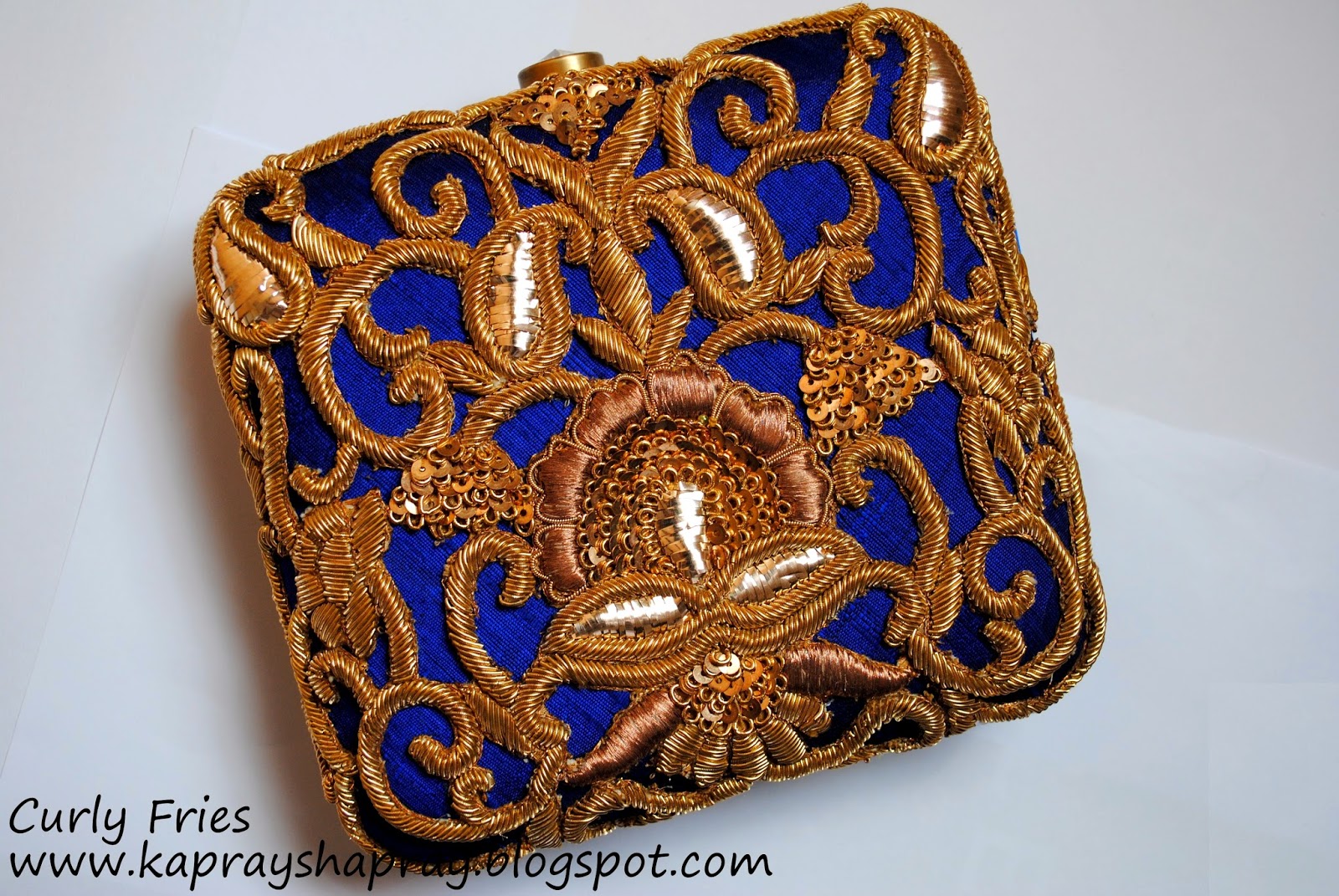 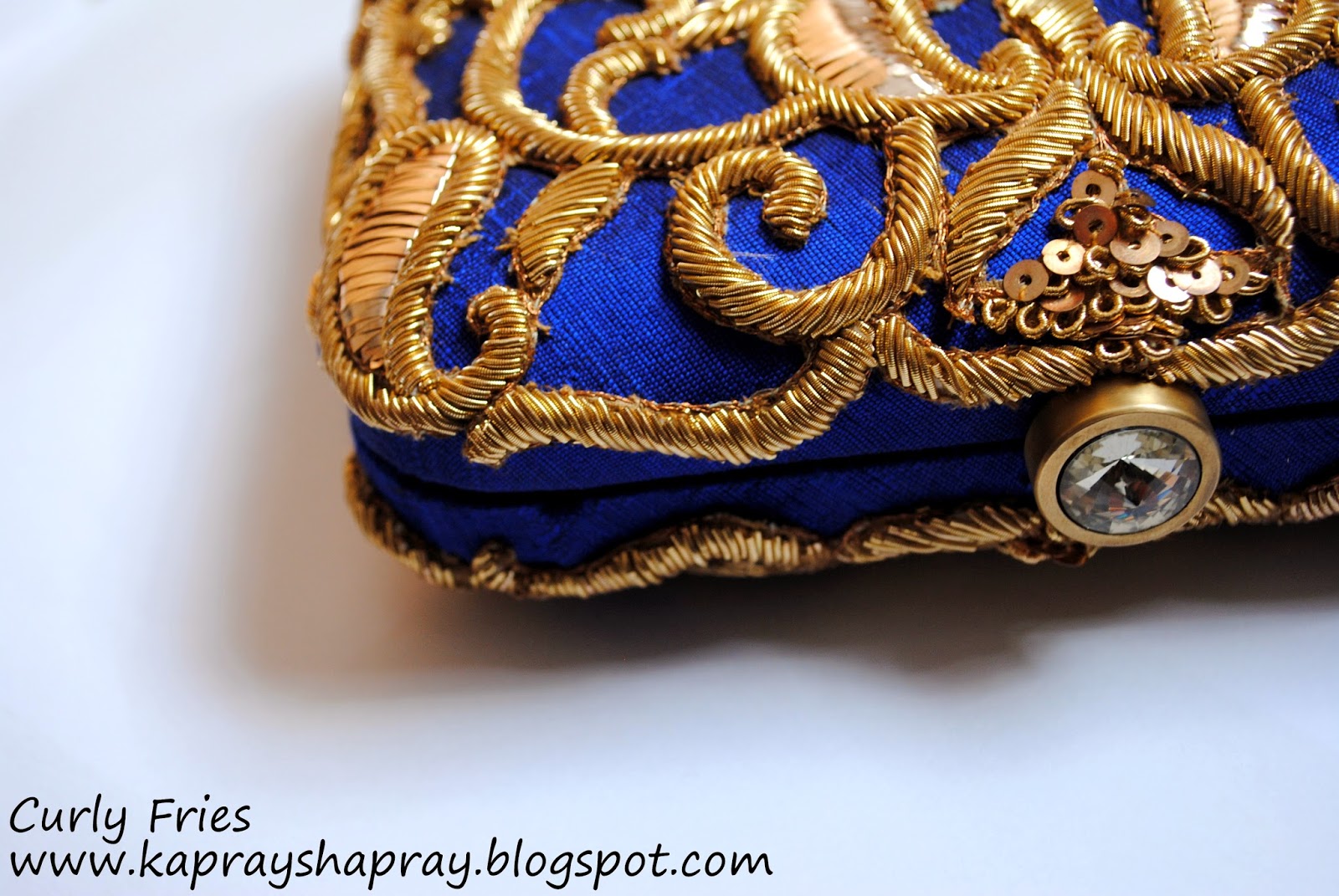 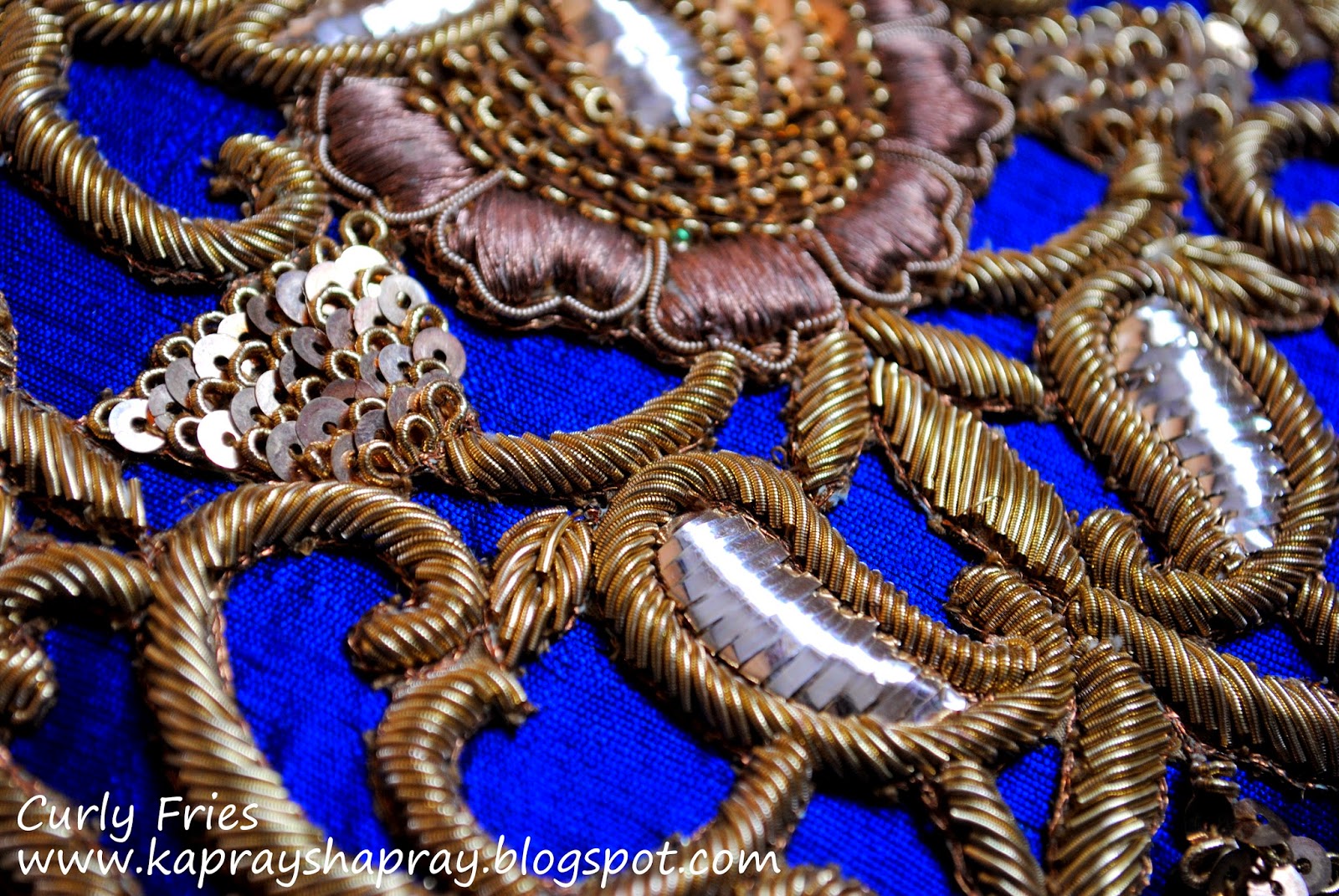 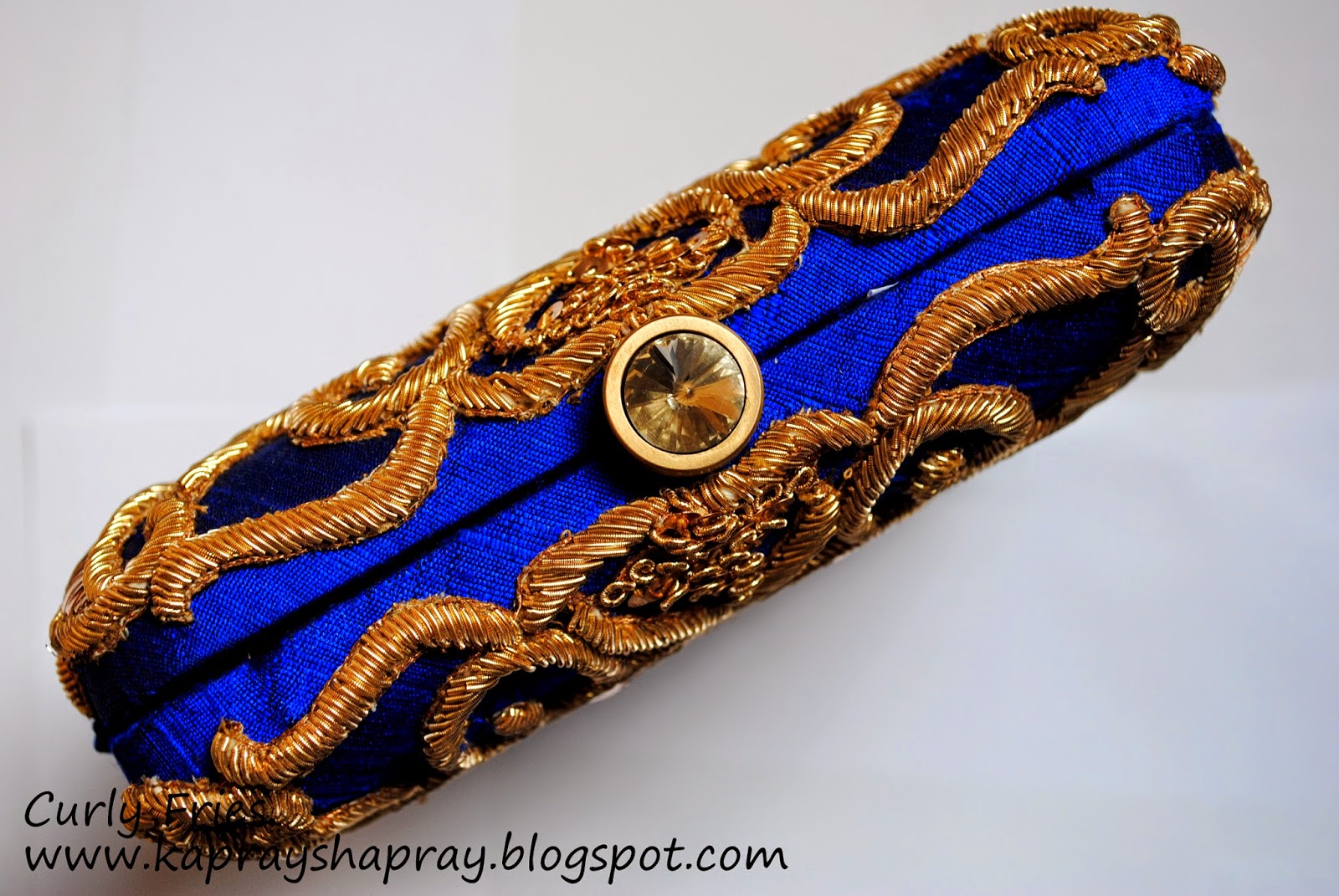 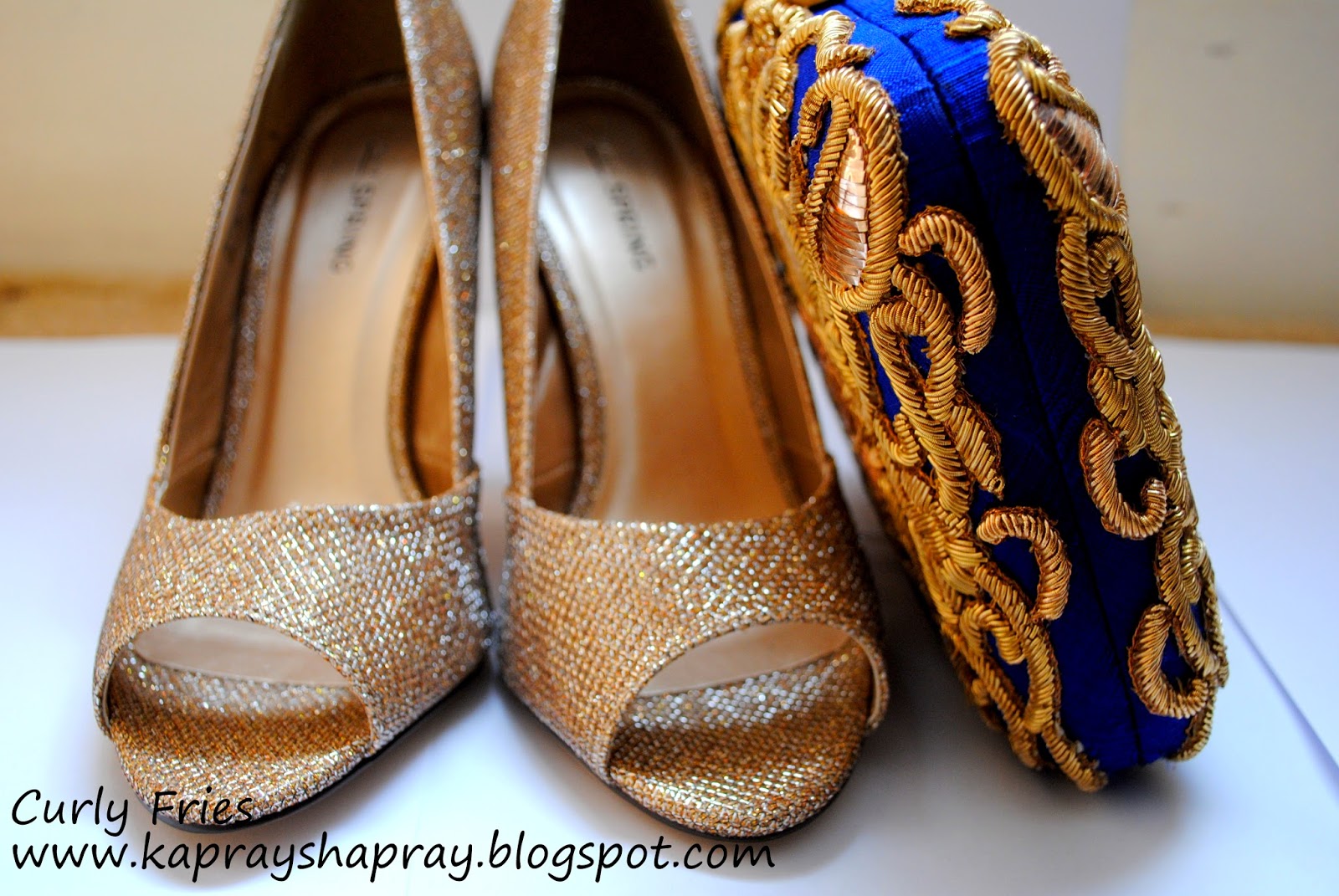