We've finally come to the last dholki night, which was the night that I put on my actual bridal henna on my hands and feet. We held this two days before the actual wedding day so that the henna on my hands and feet would come out darkest after two days (and it did for me!) and also because rather than have too much to do the day before the wedding, it would give us time to have one last shin-dig so that the day before we'd have the house to ourselves and be able to do last minute preps.

My outfit for the last dholki night was relatively simple after the previous dholkis. I had found this beautiful dupatta in a local store in a rich royal and peacock blue which was covered in gota work (strips of metallic fabric sewn on). I had actually bought this a good few months ago and immediately wanted to save it for my dholki, its traditional and simple, yet looked striking. I also loved it because it reminded me of the sort of thing my mum used to wear when she was younger.

I got a matching plain royal blue silk salwar kameez outfit stitched to match with the outfit, I wanted something simple which wouldn't cost too much and would comfy, especially if I ended up getting some mehndi stains on it! 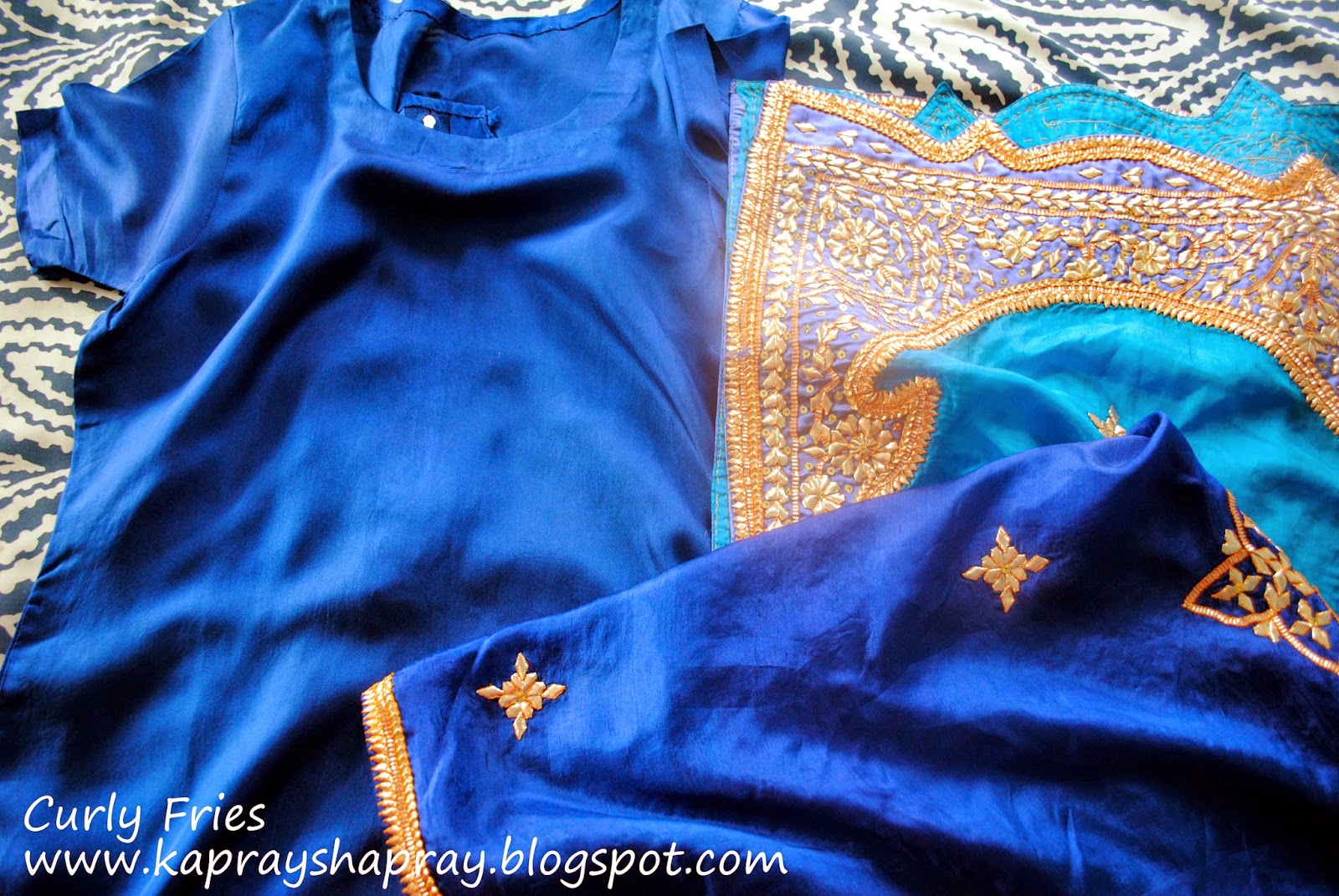 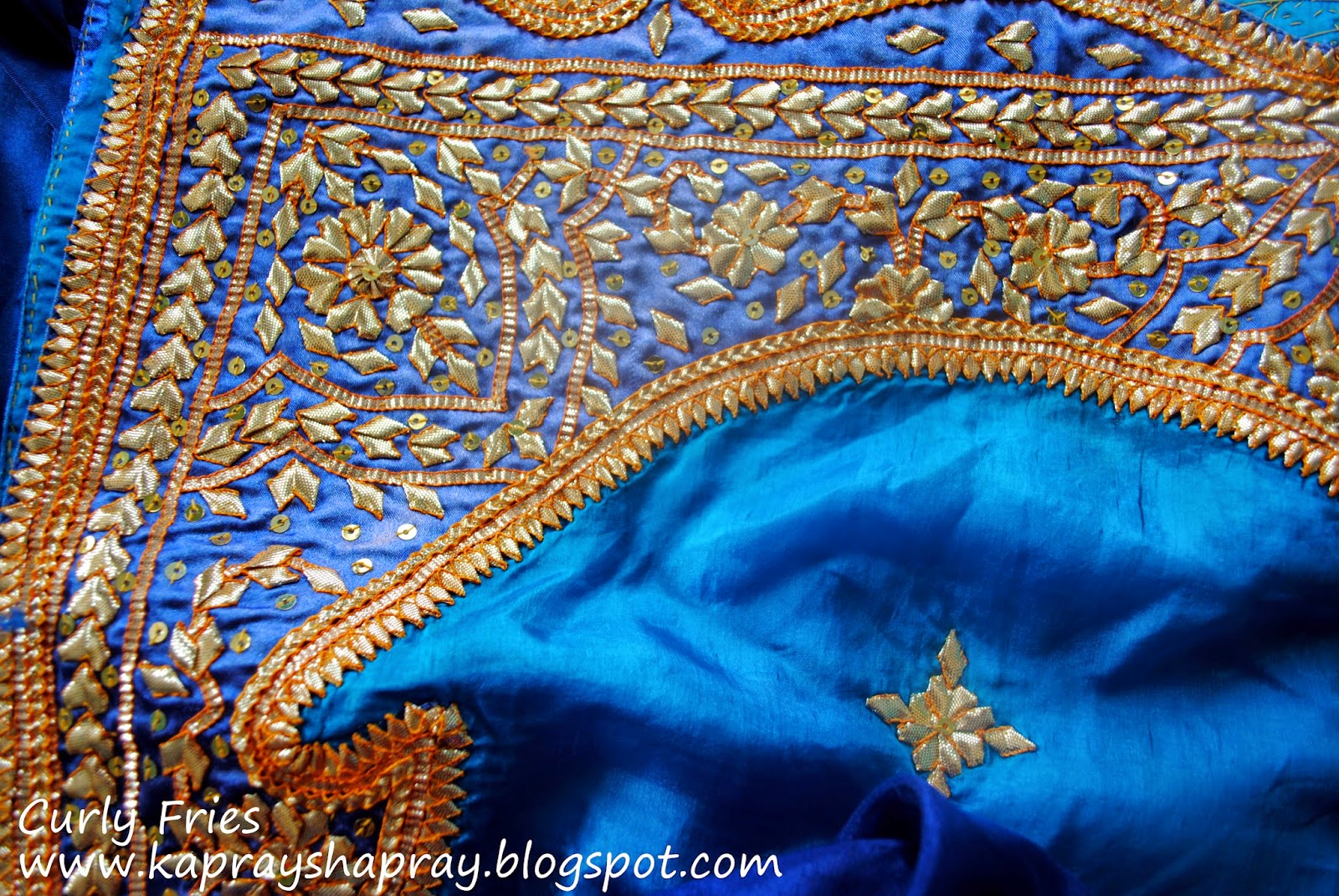 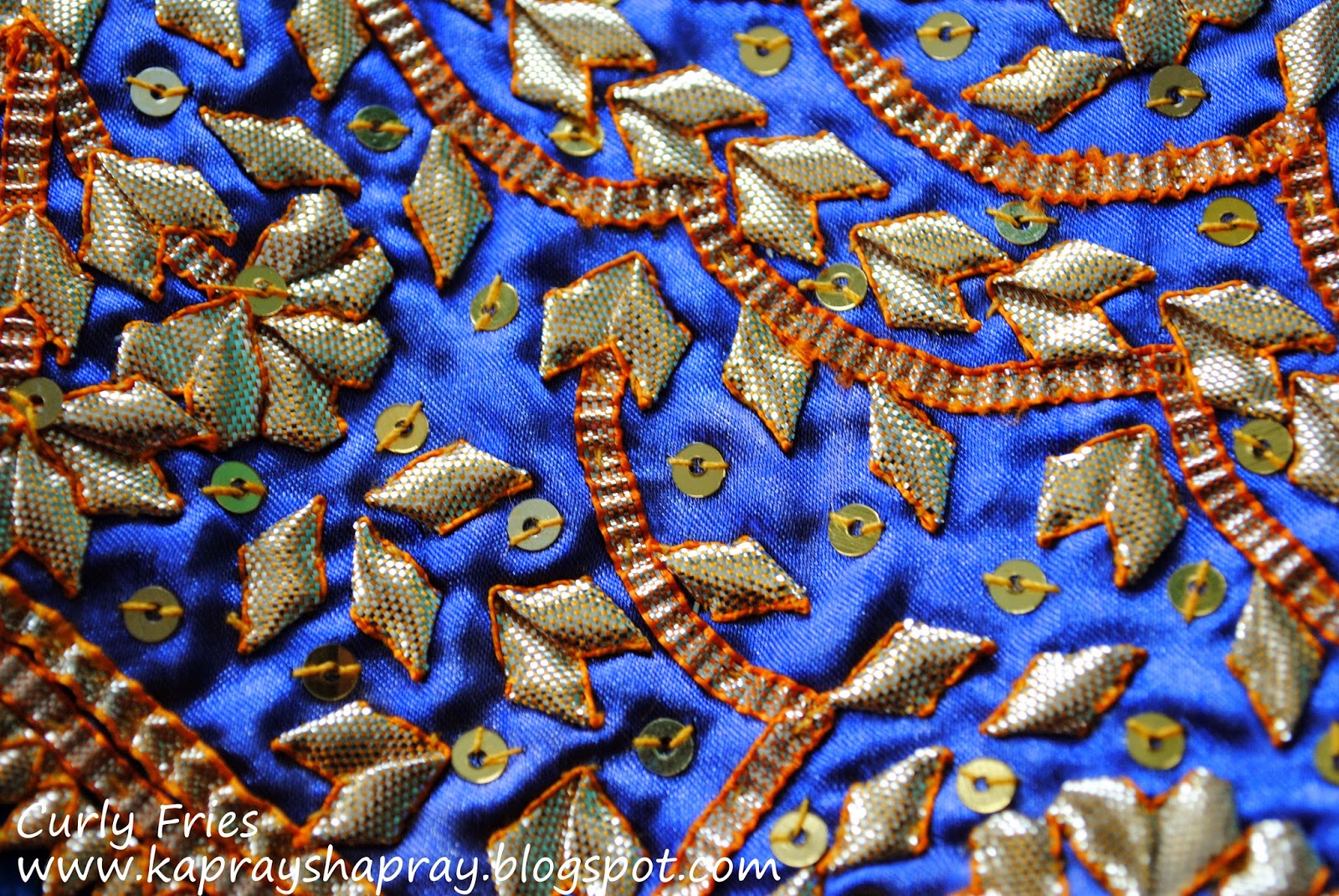 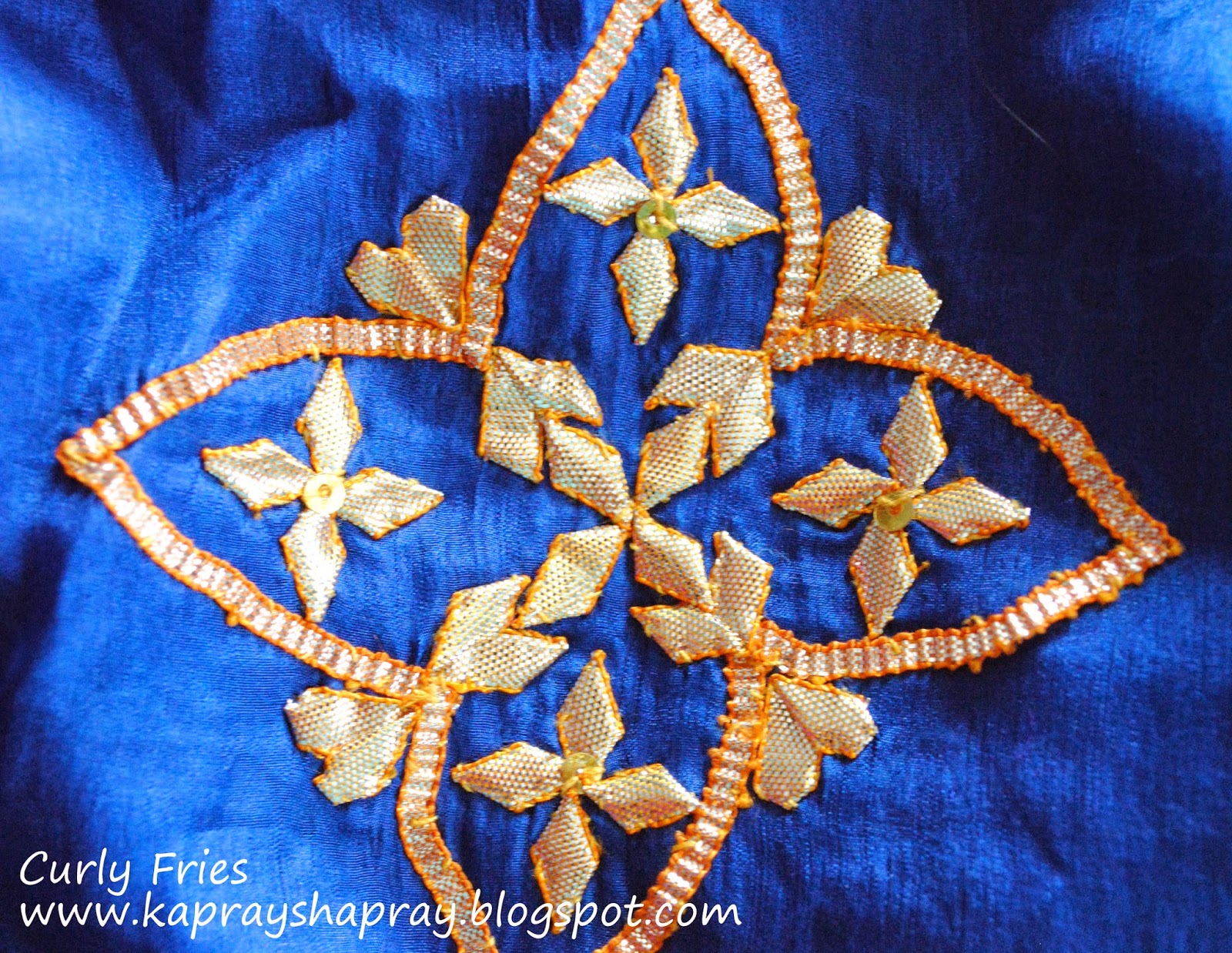 This is how I wore it, I didn't get to take too many pictures because I soon got very busy, but you can see that I went for more of a Punjabi-style outfit; a short kameez with a loose salwar for bottoms. I love the vivid blue of the outfit and the dupatta, which was quite big so I had to keep draping it. 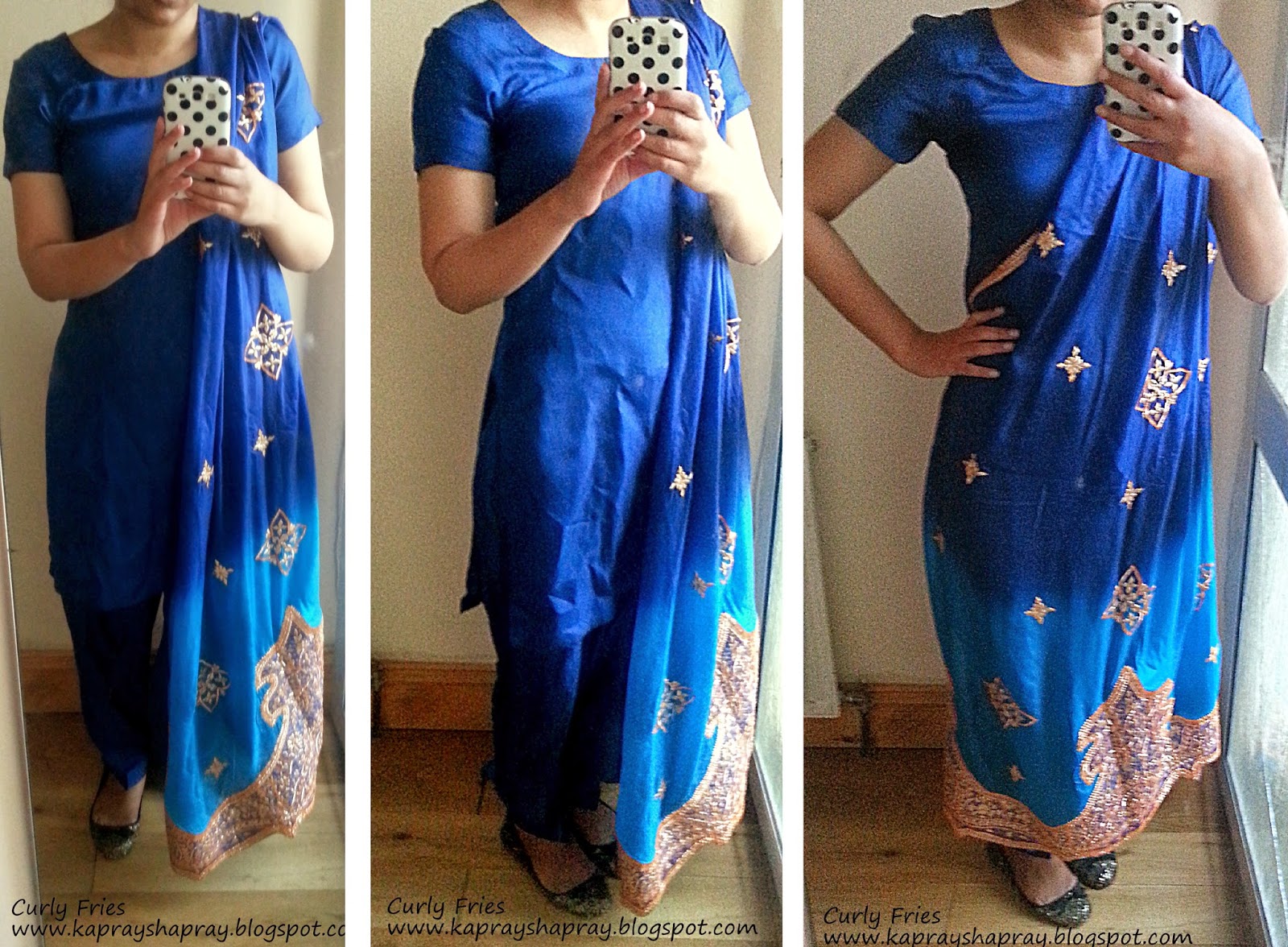 The dholki kicked off when my mehndi artist arrived to start on my bridal henna, which she ended up spending more than two hours on, doing intricate detail on my hands and feet. I didn't want mehndi further than my elbows because my bridal outfit was full-sleeved, but I did want really intricate designs so I gave my mehndi artist a few pictures for ideas of what I preferred, and she used that as inspiration for my final design.

This is my bridal henna (in progress and the end results!) on the night of the dholki, picture credits go to my sister! I did get some henna done on my feet as well but I won't post that because I hate pictures of my feet! 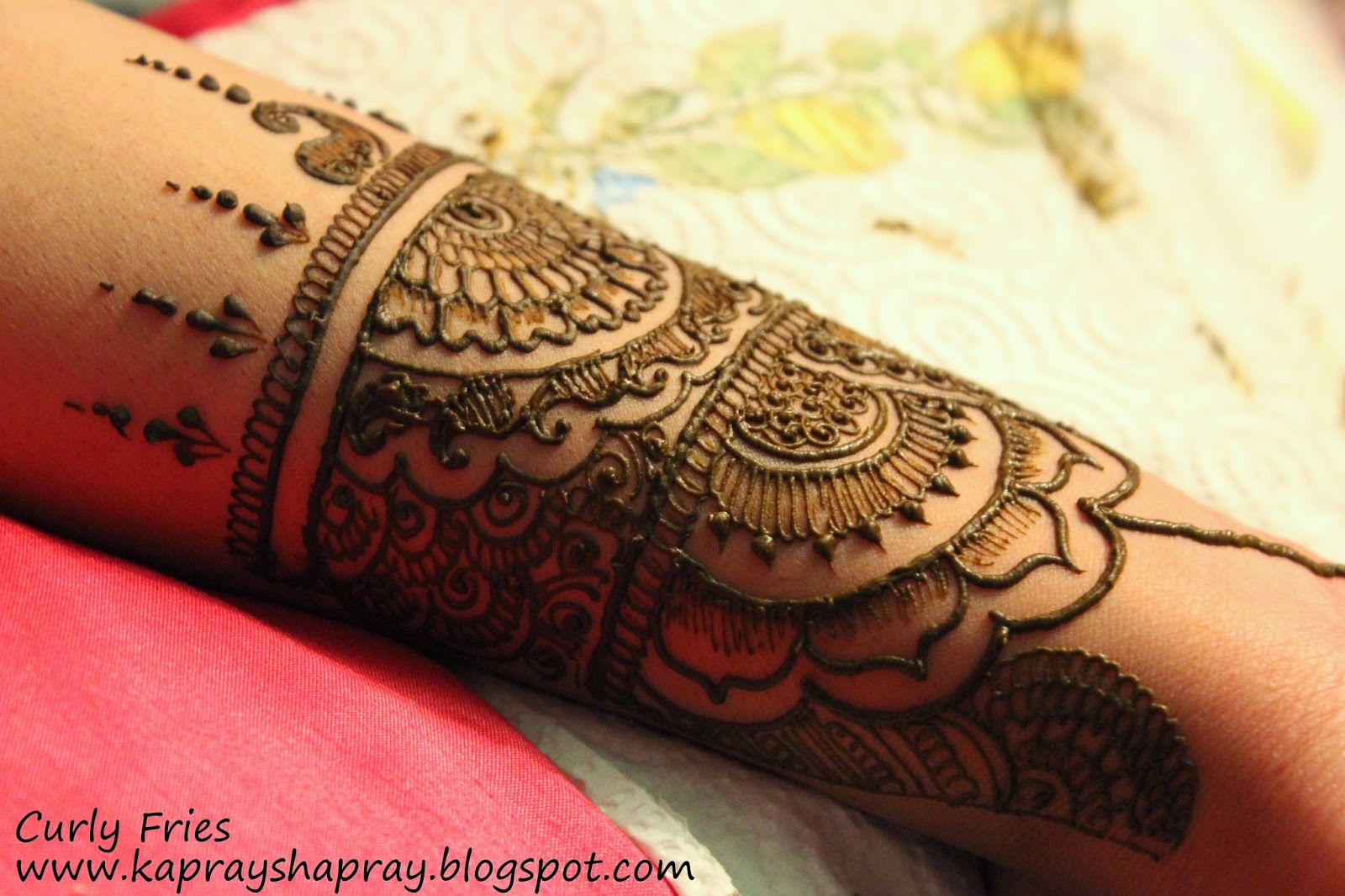 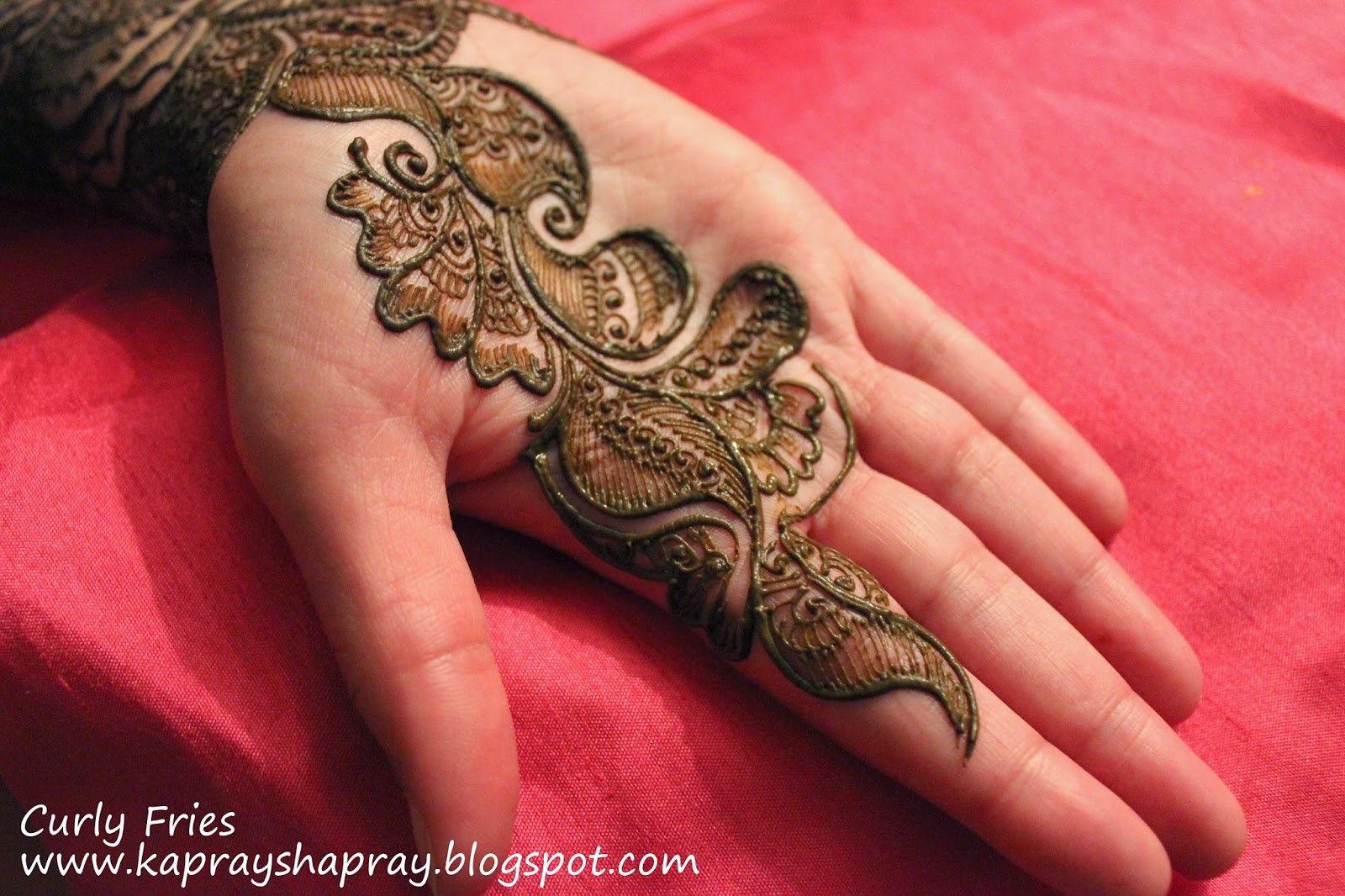 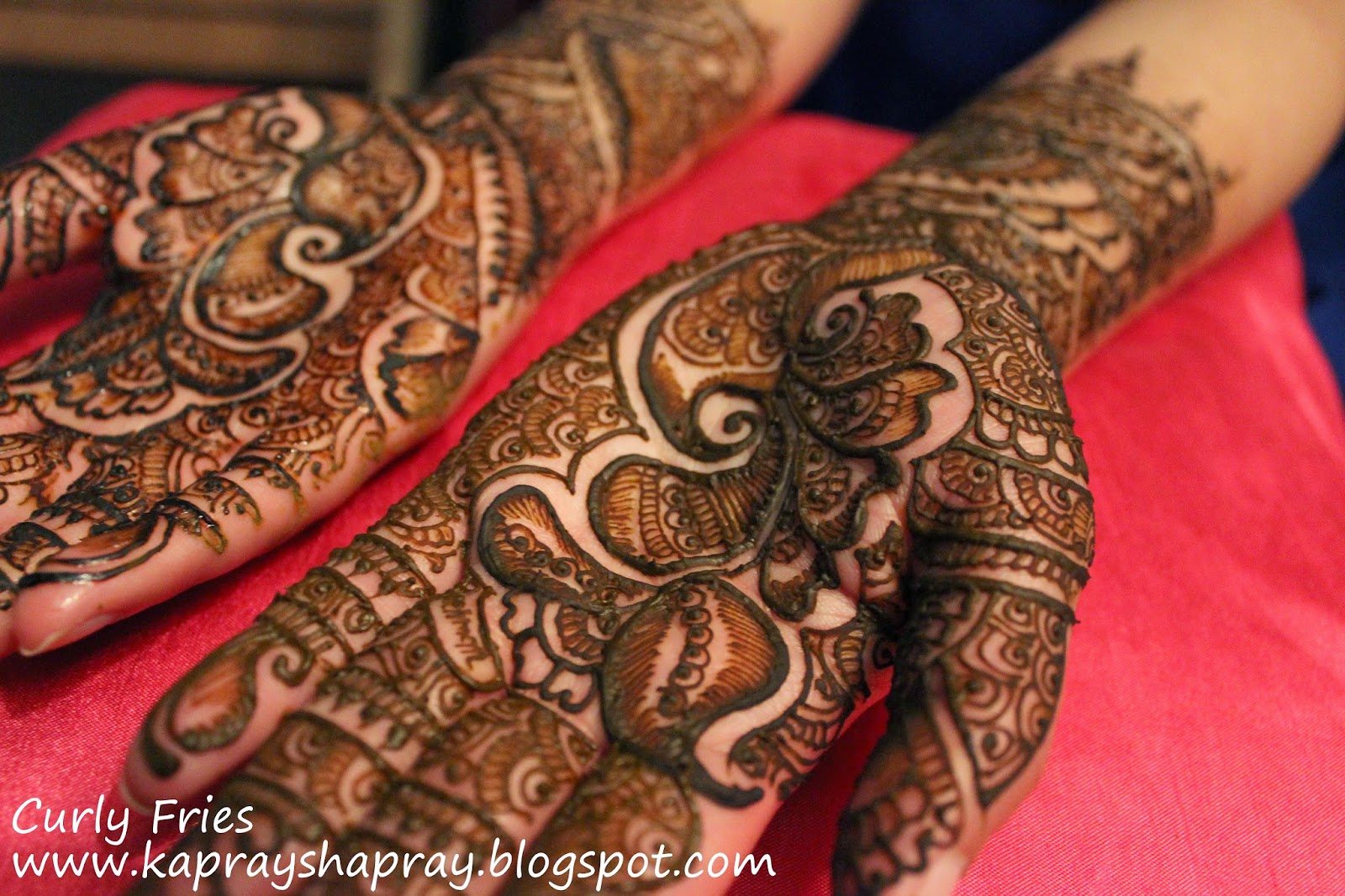 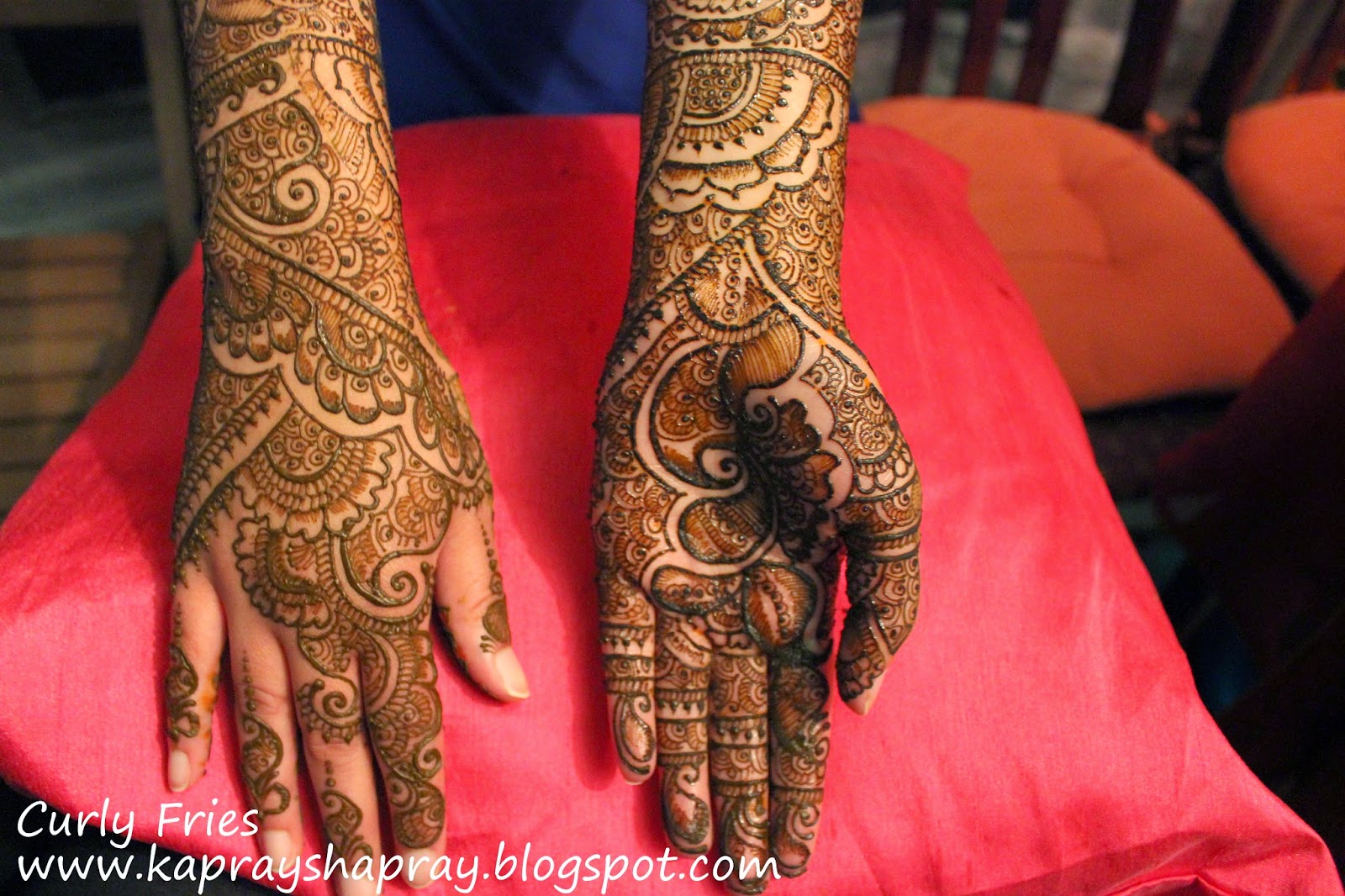 While I was doing mine, my sisters, mum, nieces, aunts and some of my friends also got their henna done as well - we didn't end up having enough cones for everyone so some of my sisters waited til the dholki was over and the next night to do their henna! 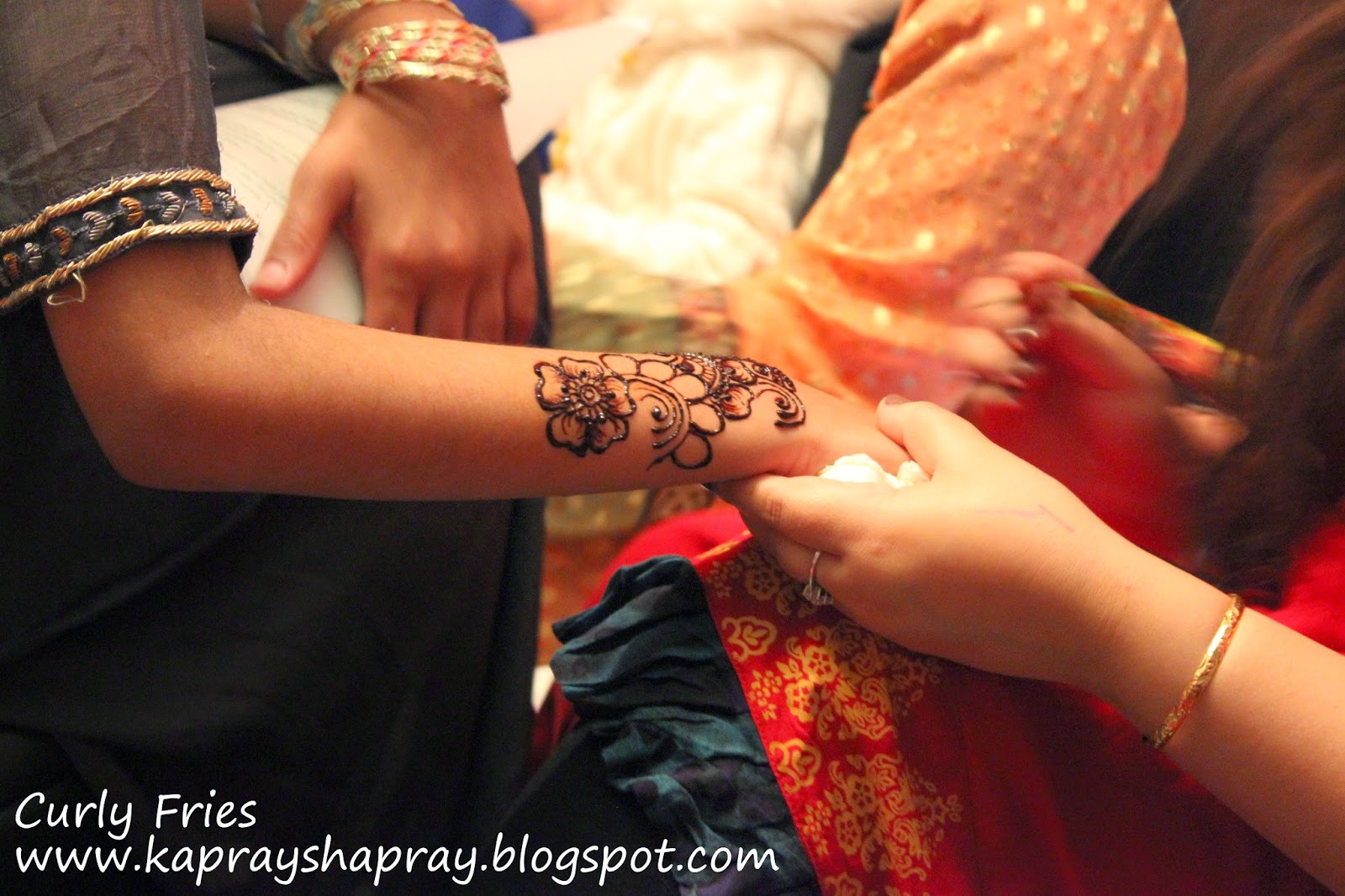 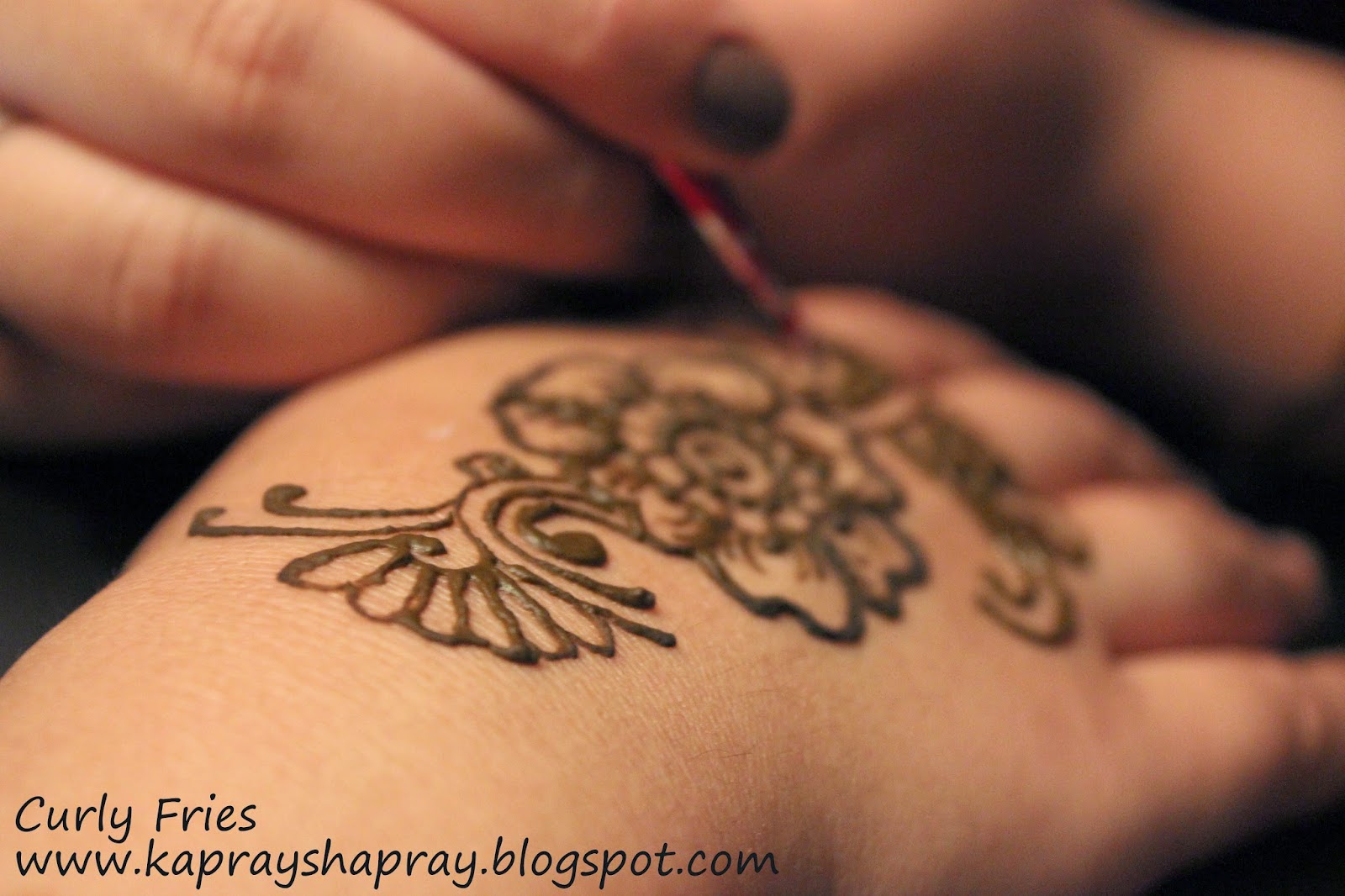 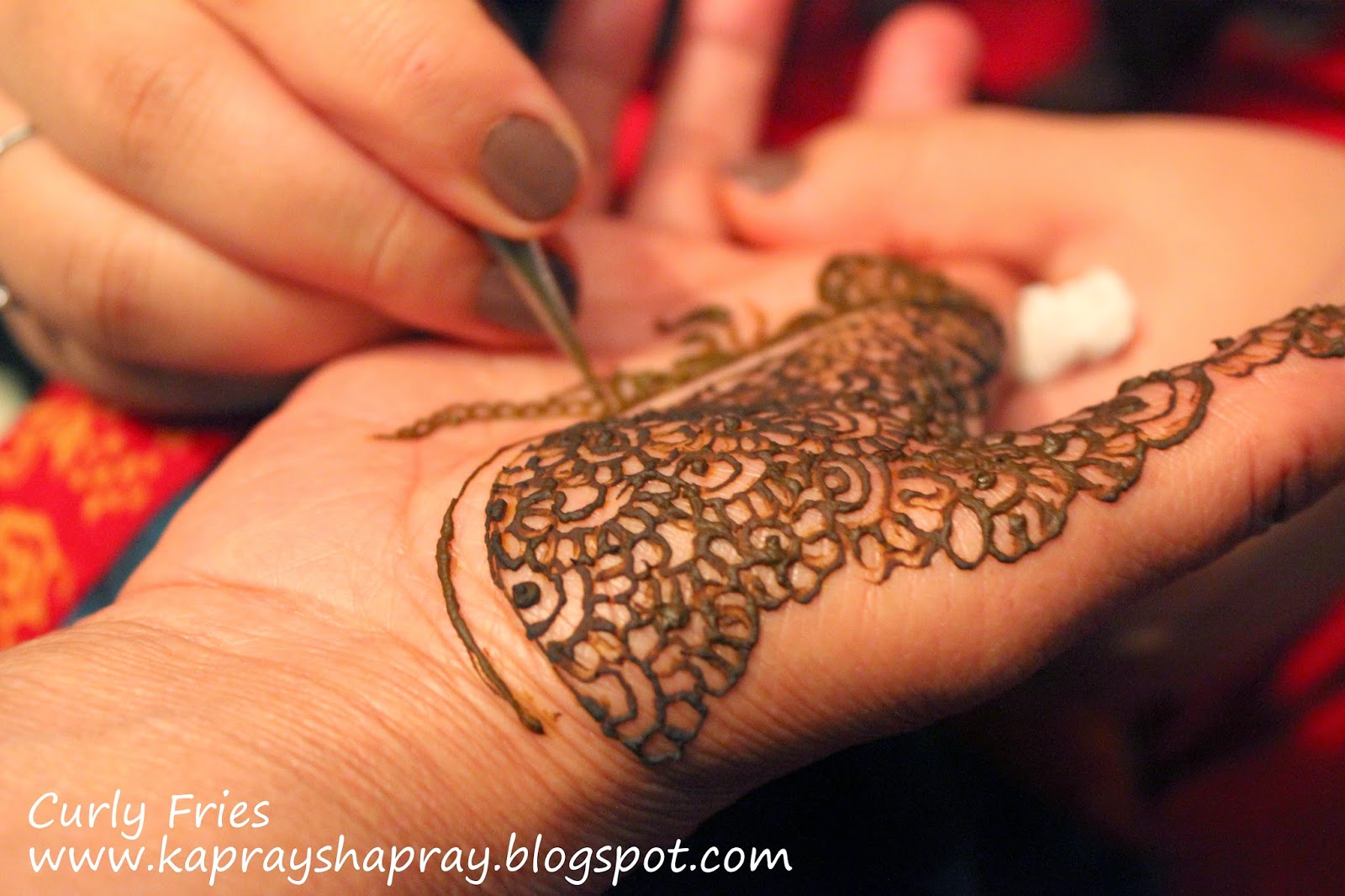 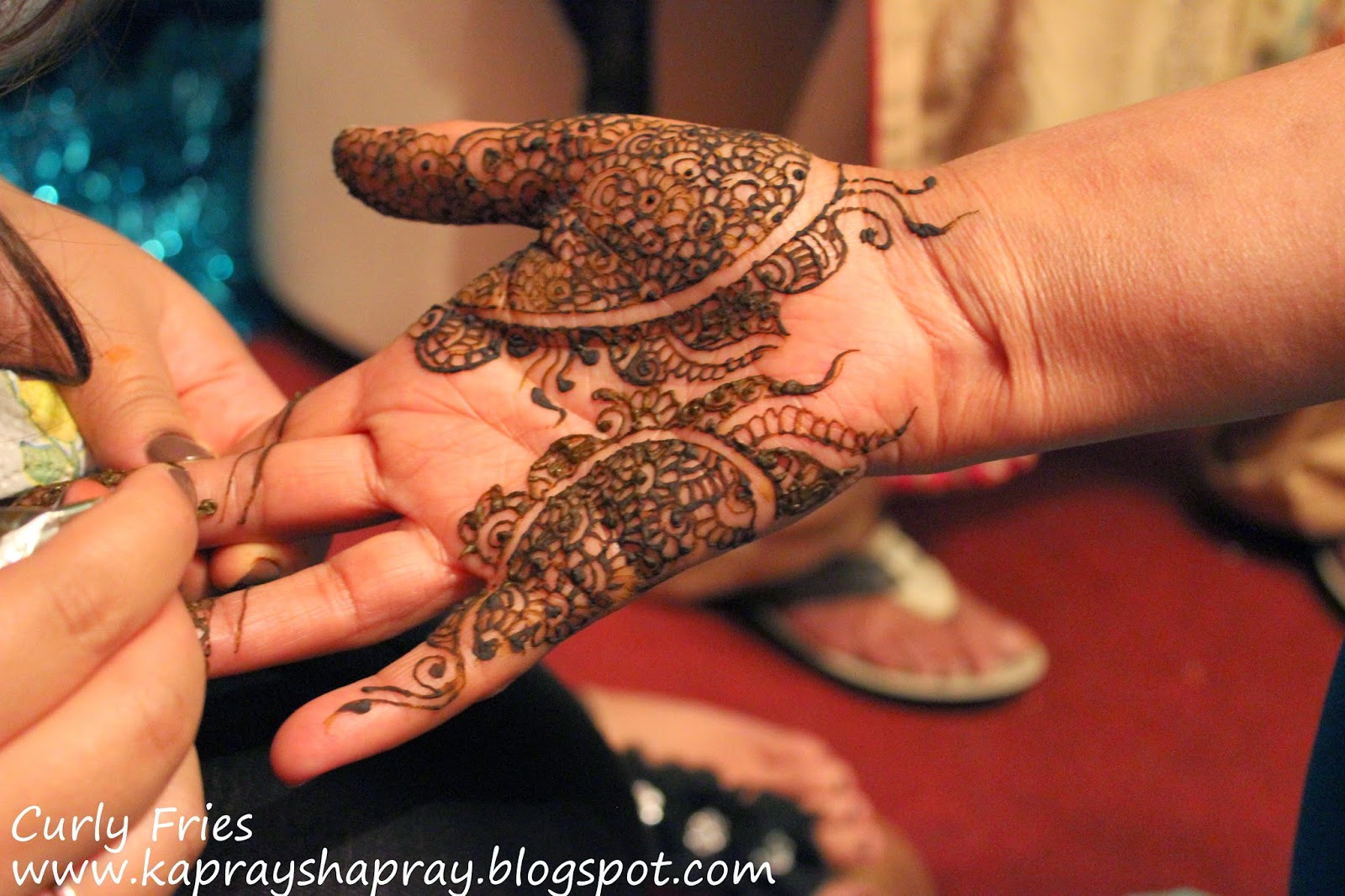 And of course I couldn't not include one of my toddler nieces getting a small butterfly on her hand from my mehndi artist, although this lasted about five minutes before it got wiped off! 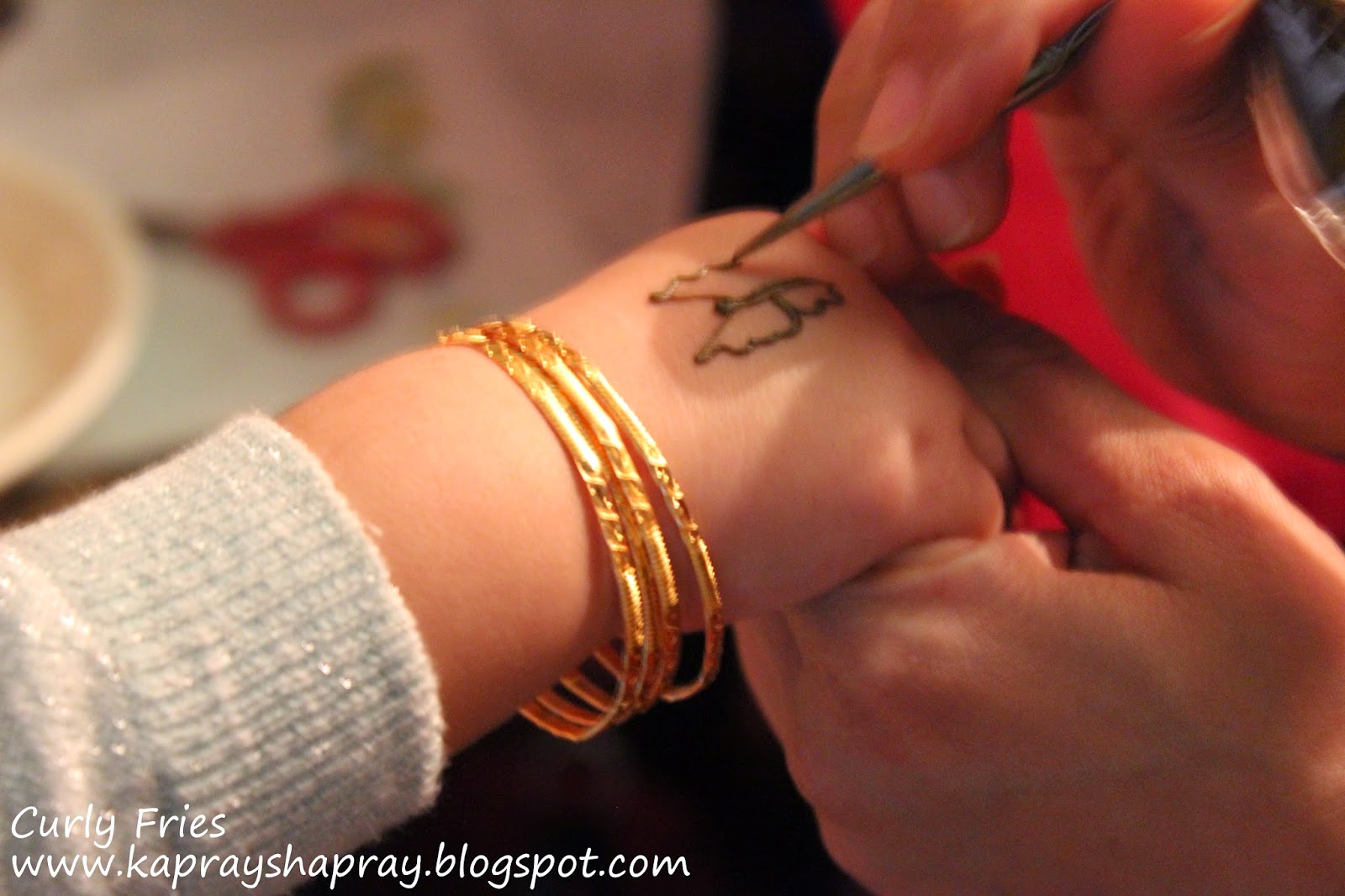 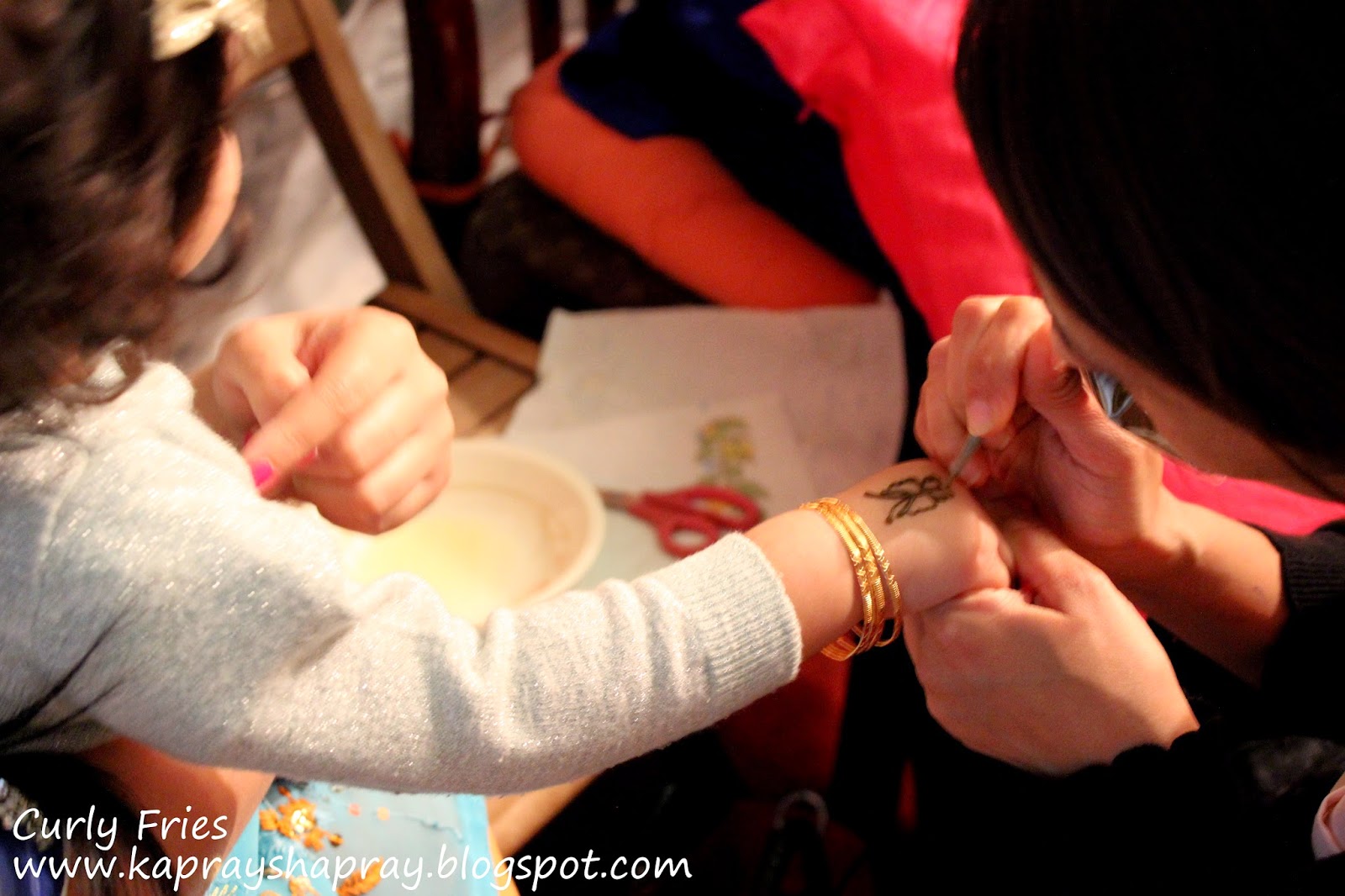 I don't have a lot of pictures of the other guests, but this is me posing with one of my close friends, who wore a beautiful butter-yellow outfit and some amazing head-piece jewellery! 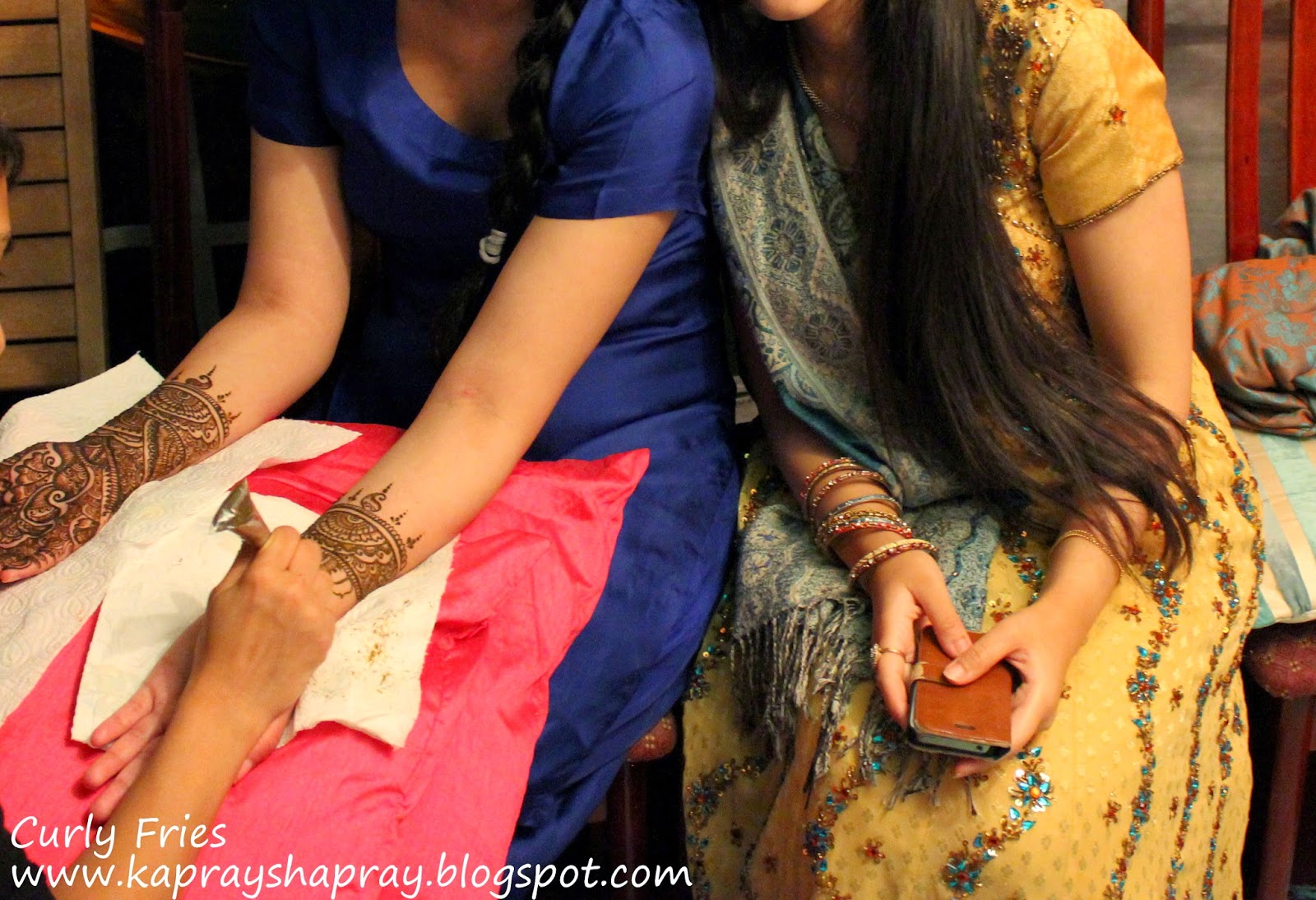 I also have a shot of two of my nieces wearing matching outfits in different colours eating some crisps they managed to persuade my mum to give them! 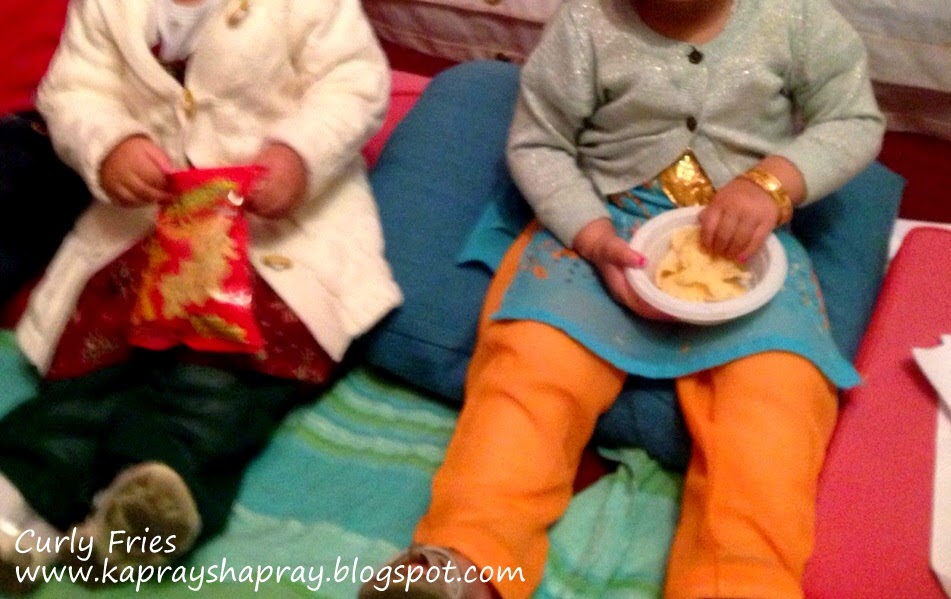 I really enjoyed this dholki, especially because it gave me an excuse to be the viewer and sit and watch everyone dance, sing and generally be silly without joining in! It was also really nice to have one last girly night with all of the family and friends before the big day - wedding post coming next!
Posted by Curly Fry at 15:54