I finally got (some!) of the professional pictures from my mehndi and wedding day, so I thought I'd kick off this Monday with a post about my mehndi (finally!). I've been sifting though hundreds of photos and trying to pick out the best ones (even as I was typing away I kept finding more to add in!)

Just a quick note to ask anyone who does share these images, please do credit me back to my blog.

First off (and most exciting for me), here's what I look like. I debated for quite some time about showing my face, especially as I never really do in my blog. I've decided not to because I don't want this to be about how I look, so much as what I wore. I did want to show my face to show the amazing make-up I had done by my sister-in-law, which I was really, really  happy with, but in the long run I think I'll stick to my decision (although you can have a quick peek of my eyes!)

So here's me doing twirlies in the town square as directed by my photographer! This is my mehndi outfit, which I designed myself over a course of a few months and got made from Pakistan. I will be doing a fuller post about my outfit soon, so don't worry, more details coming! Overall I kept my mehndi look simple because the outfit was so heavy - I wore a simple teeka and a ring, and some bangles, plus some jasmine flowers in my hair. Even now when I look at my mehndi outfit, I want to wear it again because I enjoyed wearing it so much, and because it came out so beautifully! 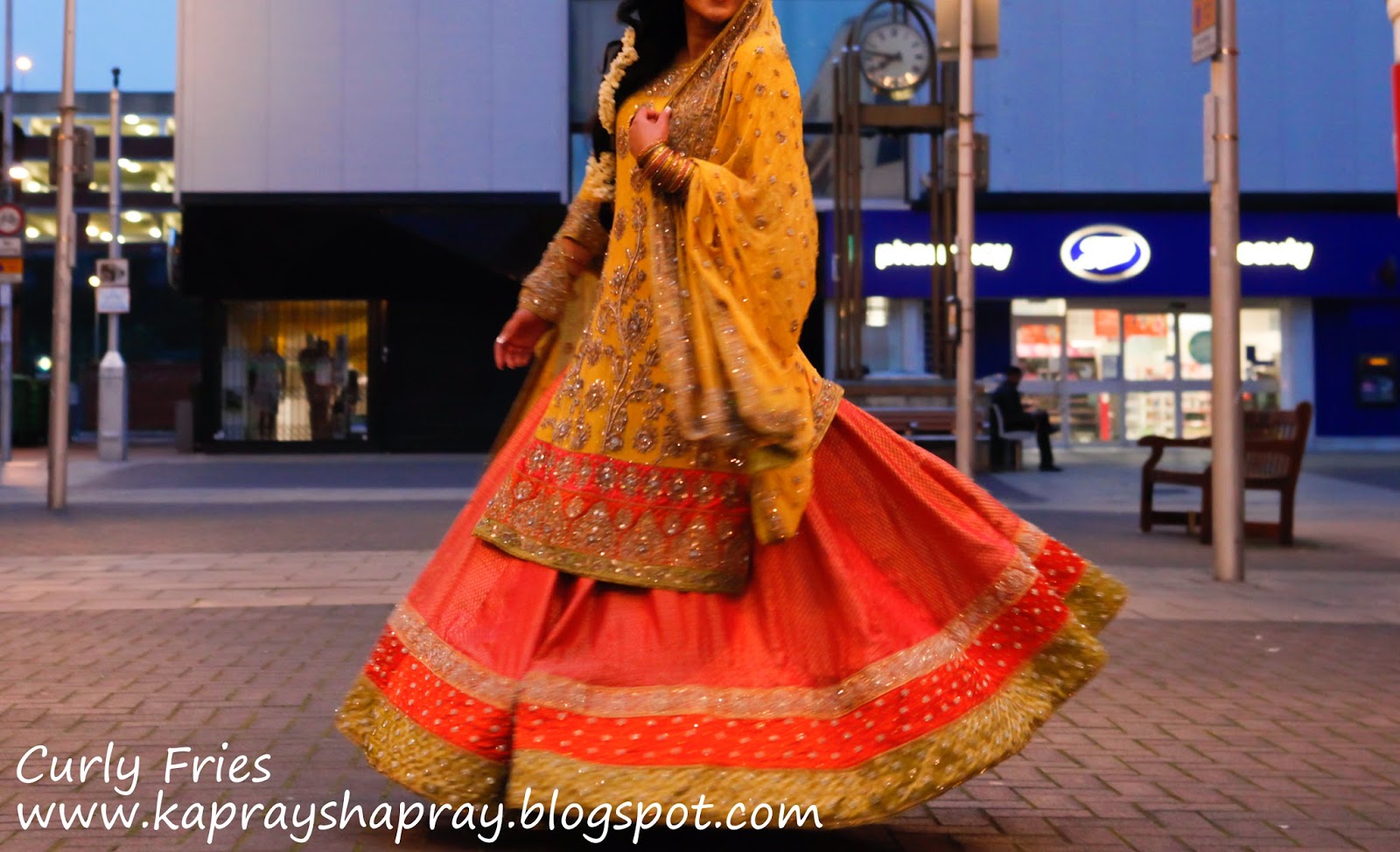 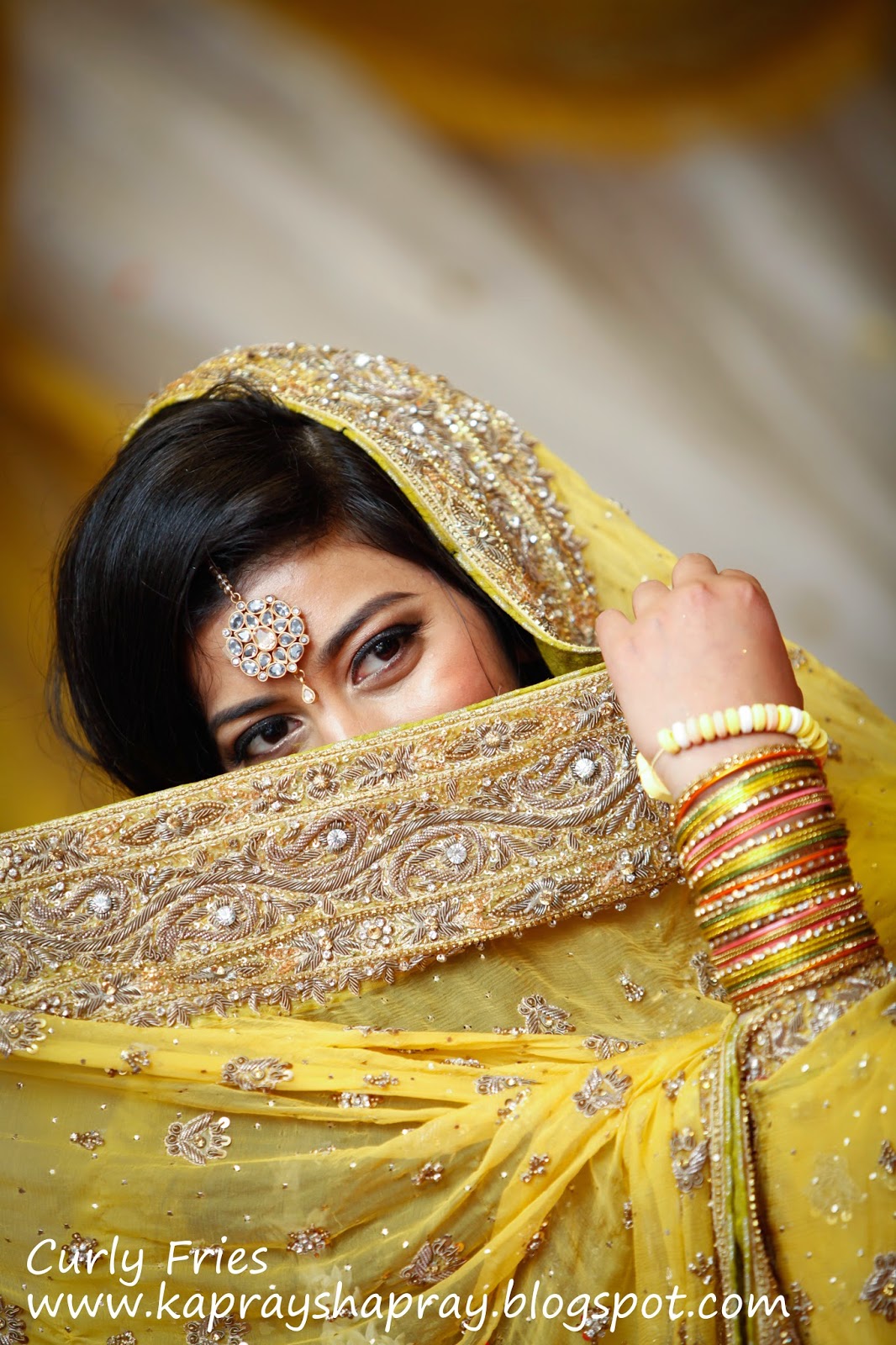 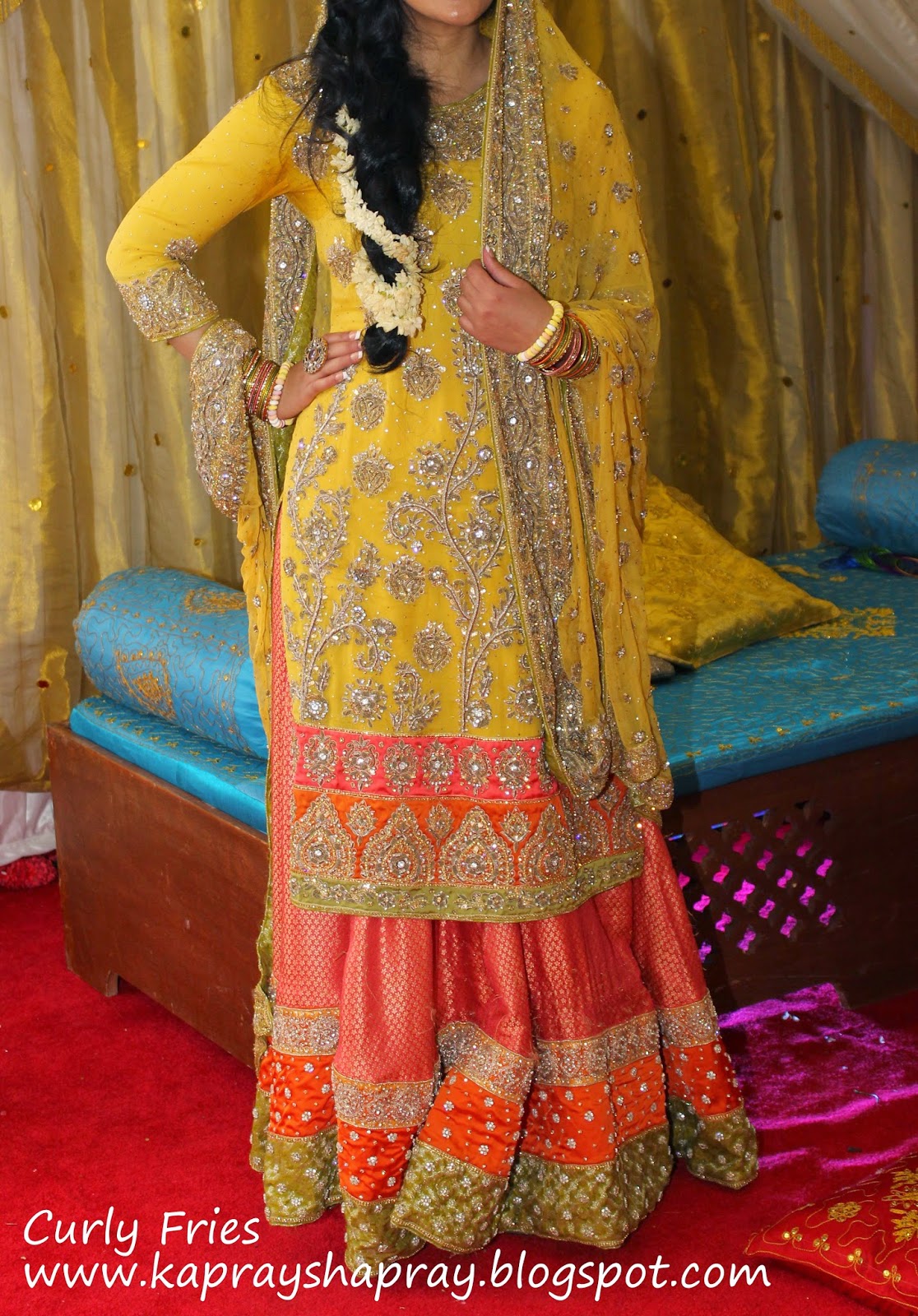 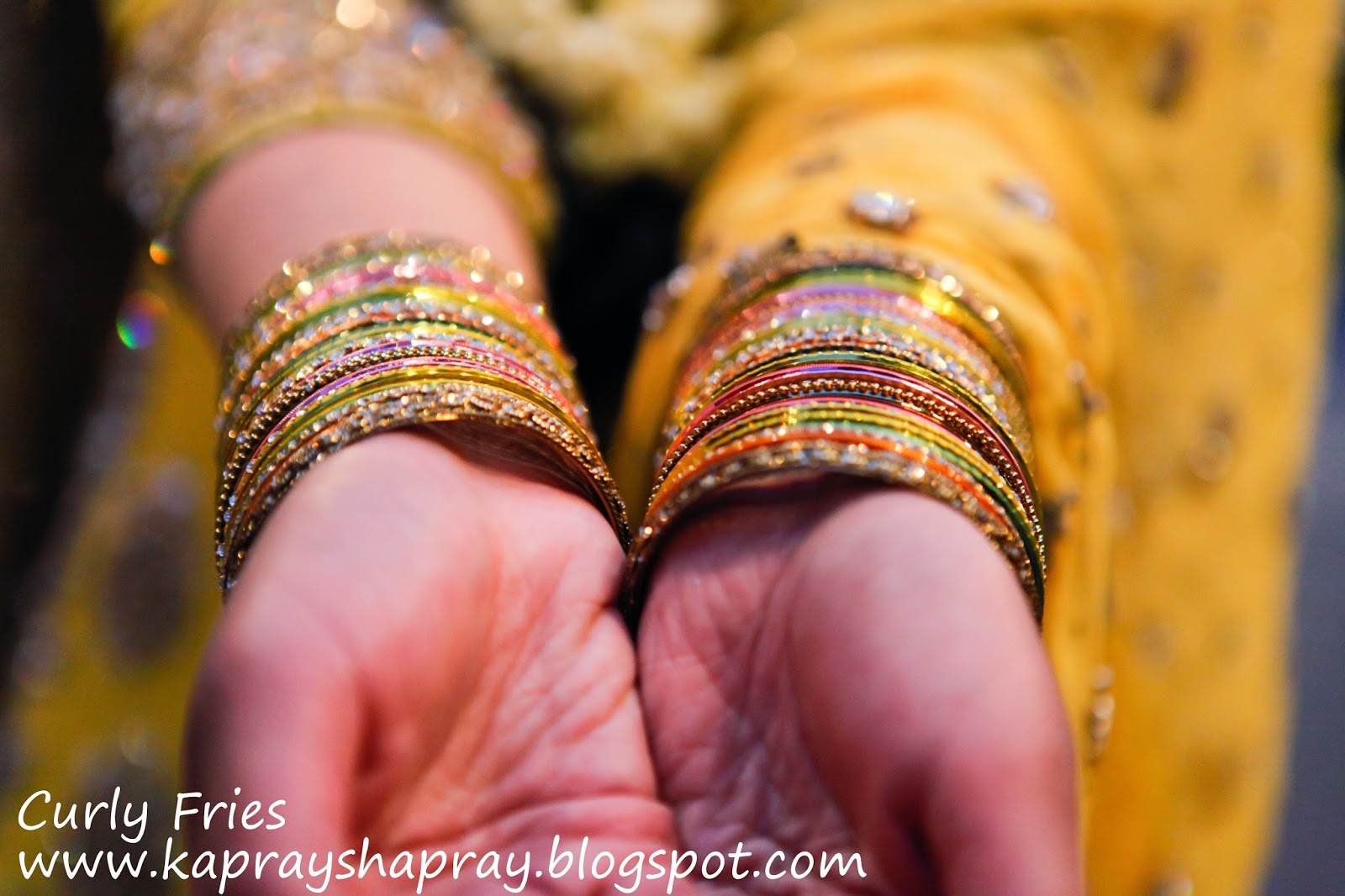 My decor was mainly done by the caterers we had booked, although all of the small touches were done by my sisters and sister-in-law. The mehndi itself took place in a local Town Hall which was perfect because it was intimate and pretty sound-proof for our function, and also ideal since the event was ladies-only and the venue protected our privacy.

Here's some of the decor from the caterers and also some that we did - initially I had wanted to go for a peacock theme which we mainly kept to. We did also end up adding a lot of marigolds and gold touches with fresh flowers which didn't go with the peacock theme, but overall it was a beautiful, colourful look and it worked. Here's some just of the images below, again there were so many, I didn't know which ones to post! 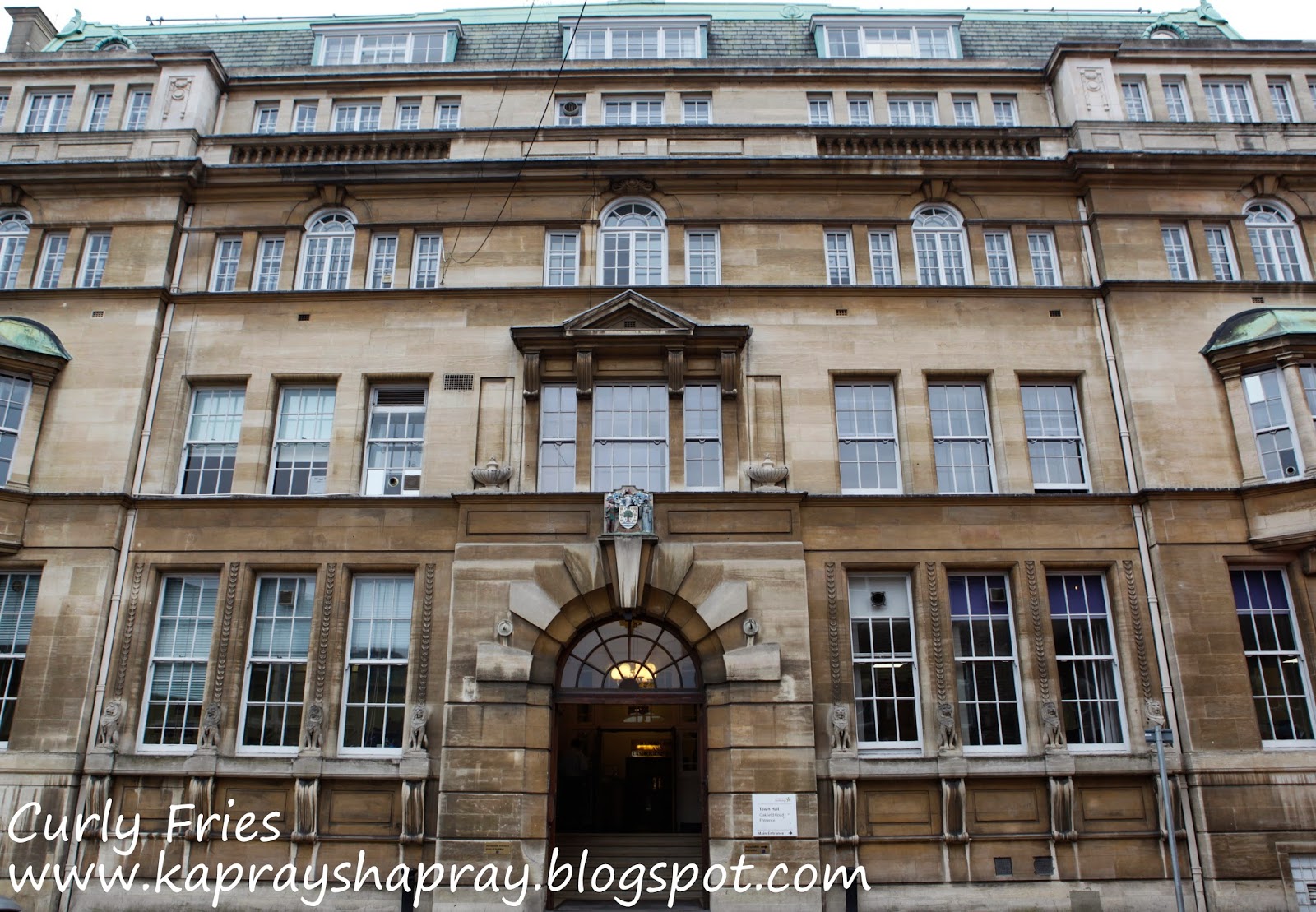 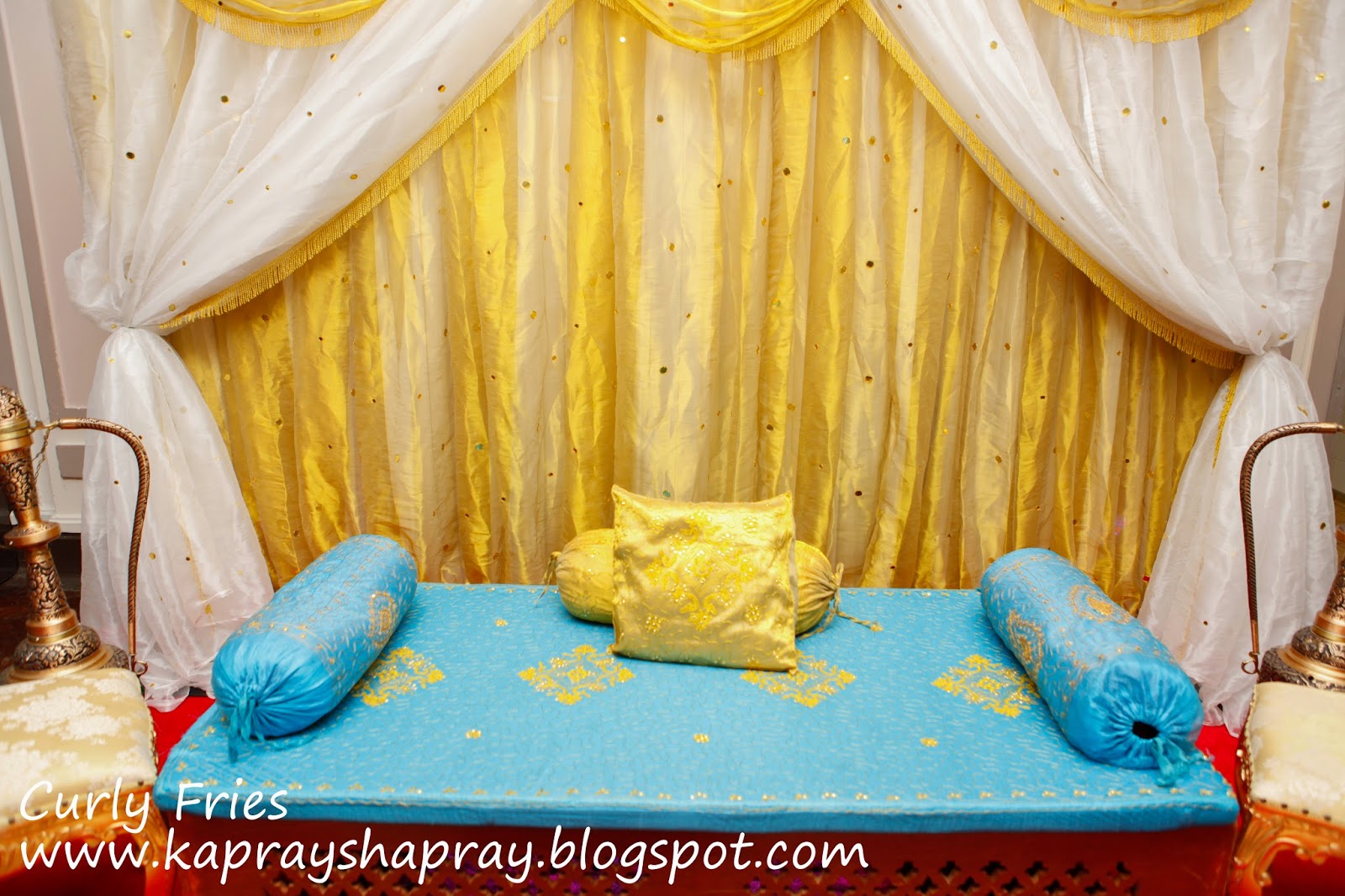 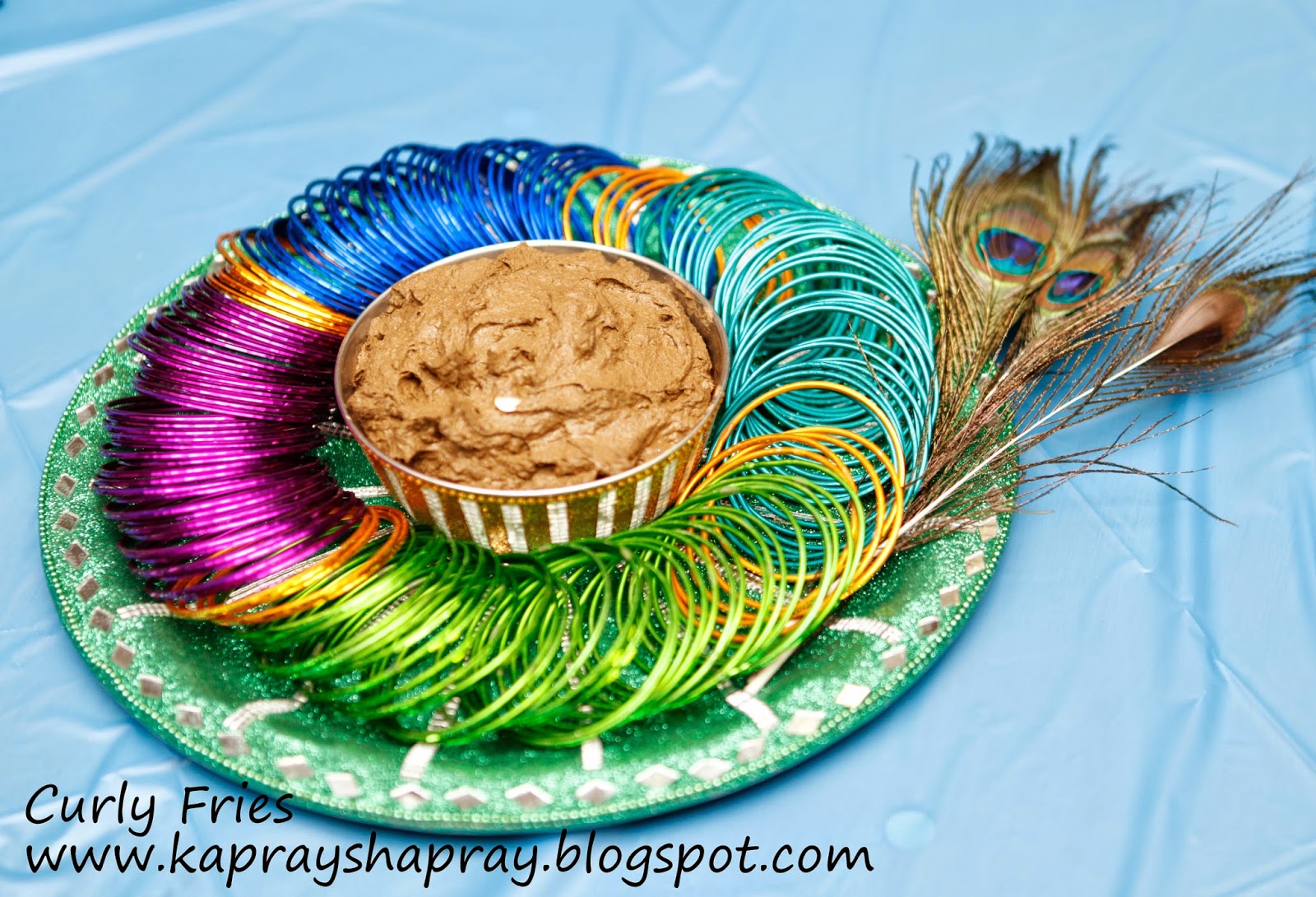 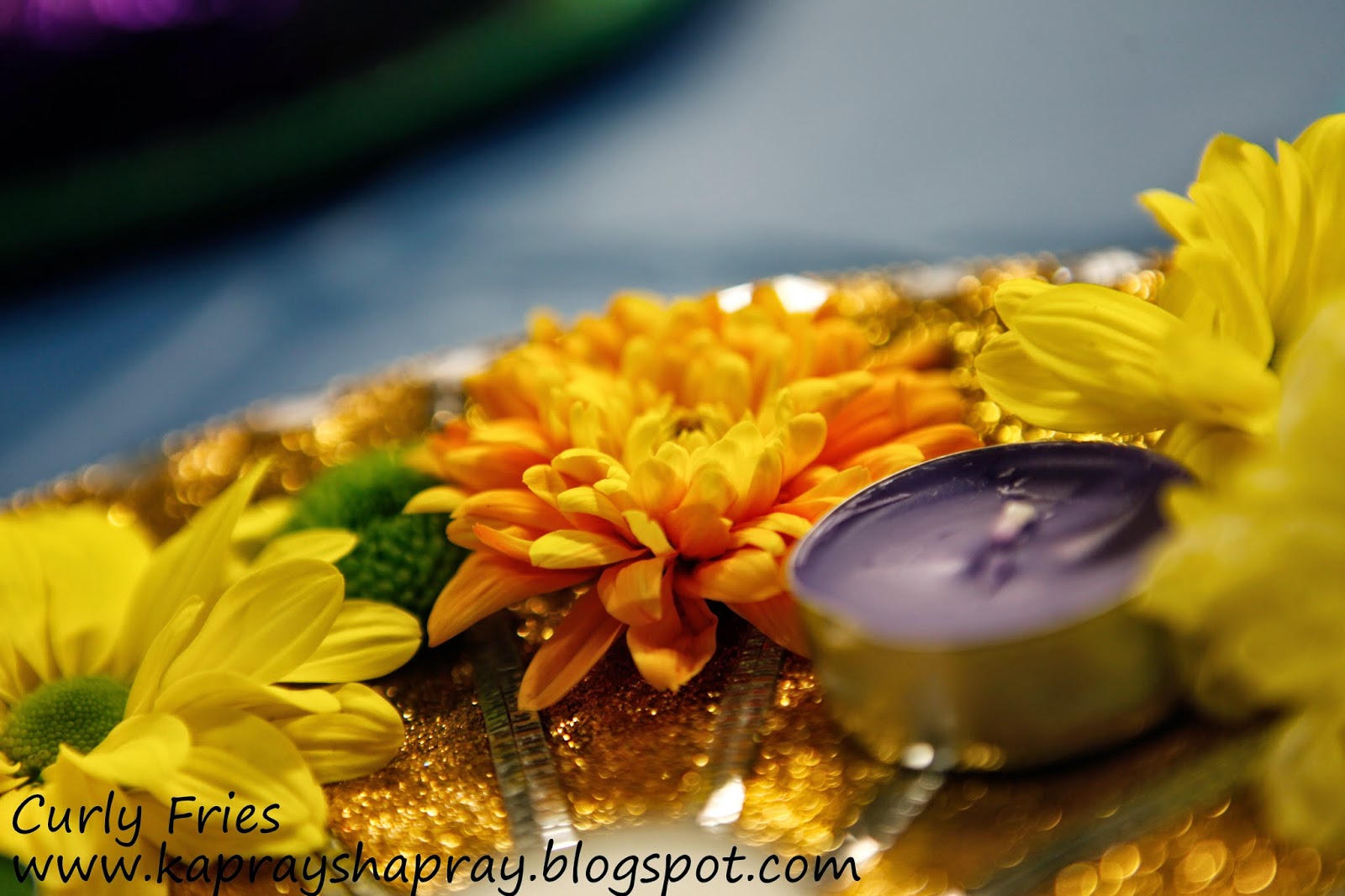 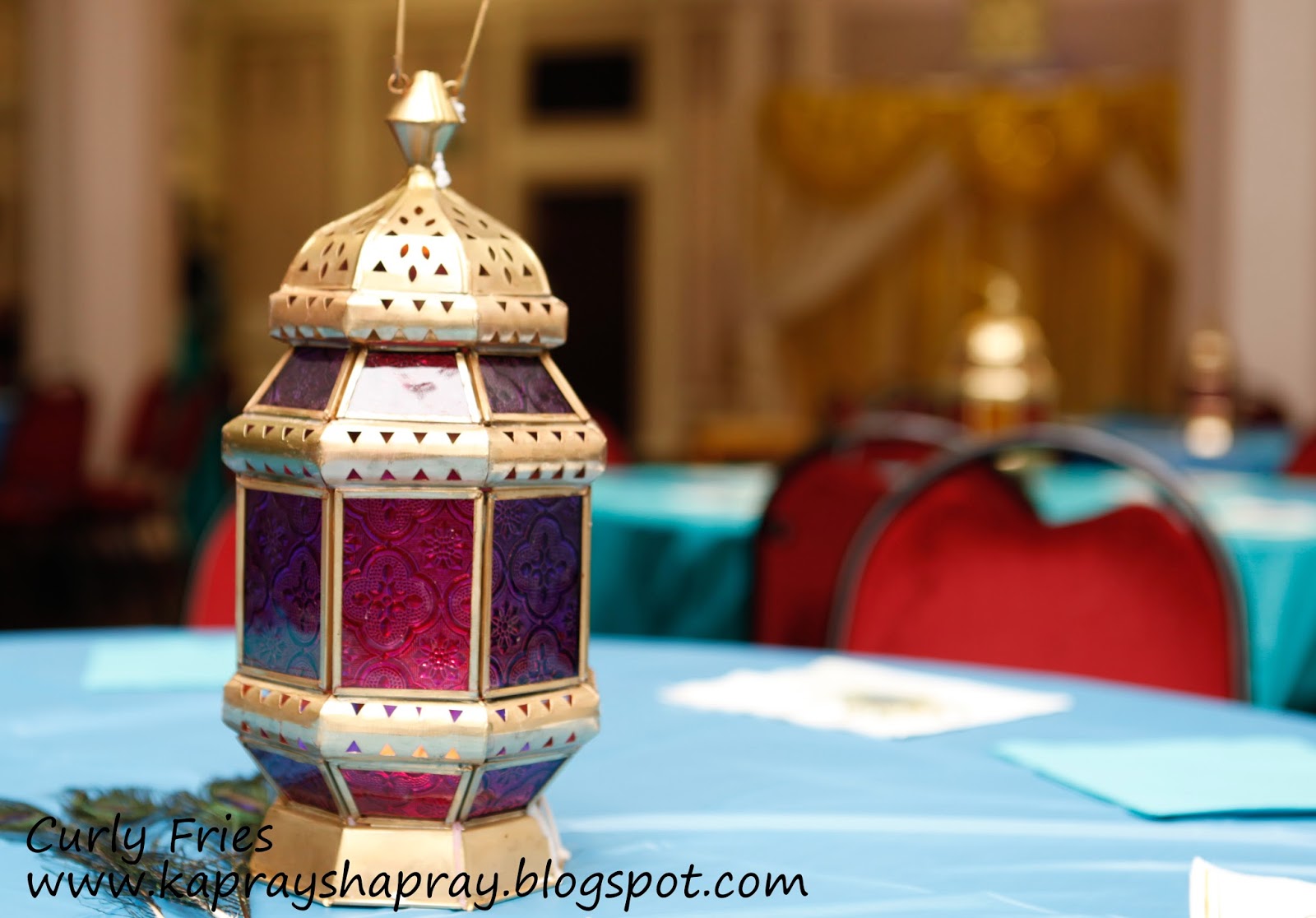 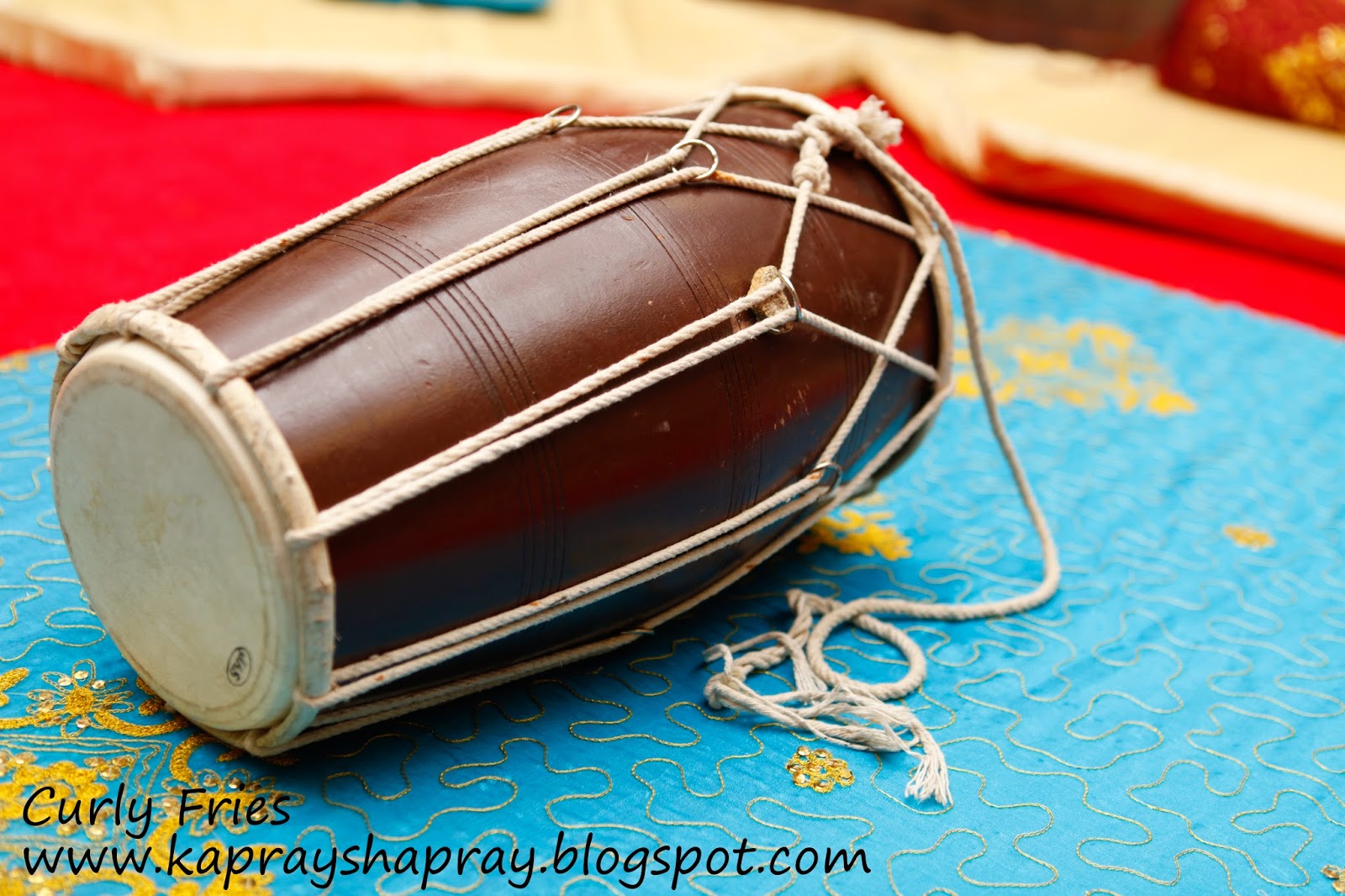 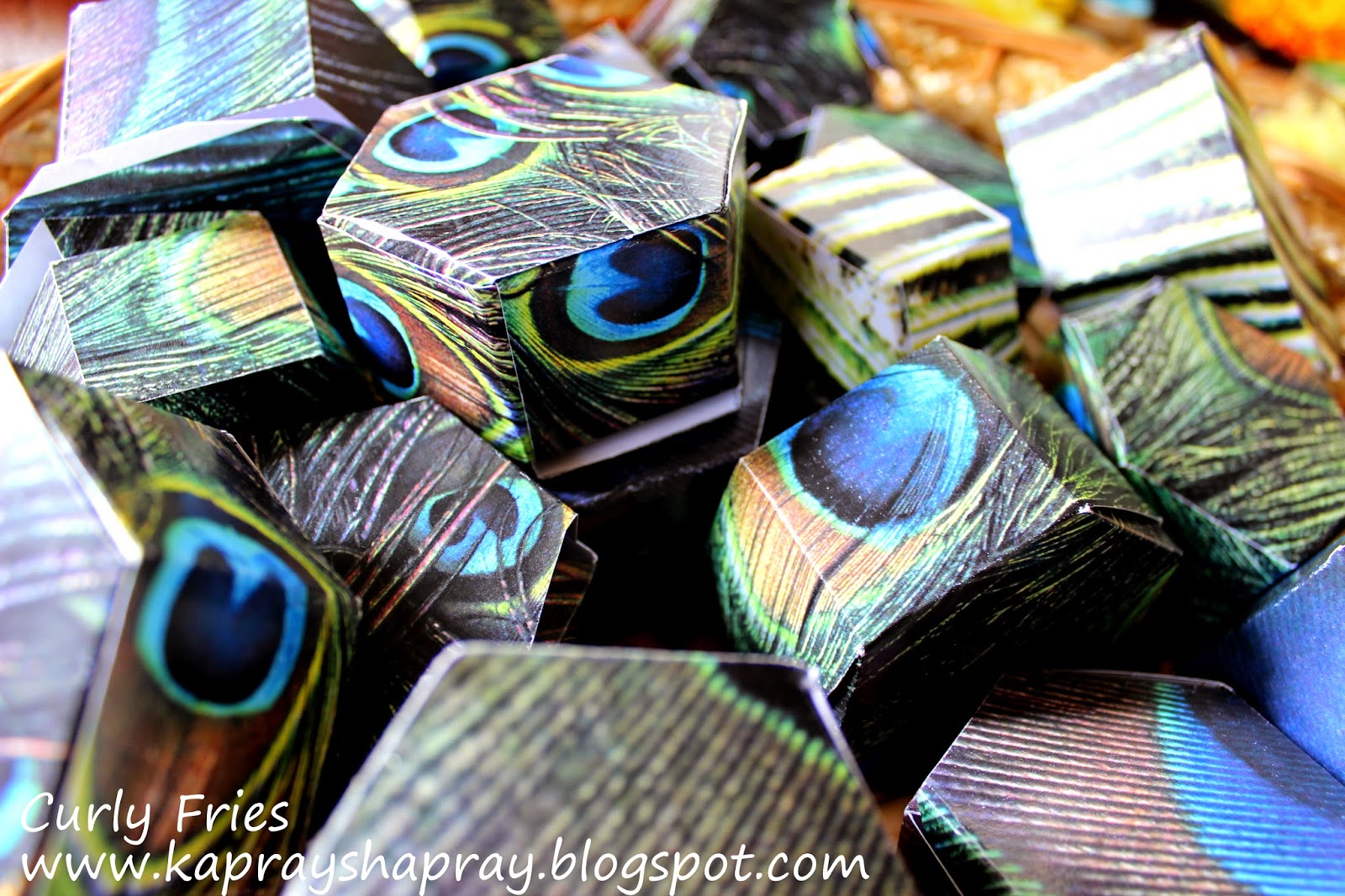 My favourite part of all the decor was the candy bar, the fruit table and the smaller touches which were all done by my sisters and sister-in-law. The henna biscuits, the cupcakes, the sweet trees and the candy bar were ALL made by hand by my sisters and sister-in-law - looking back I'm still amazed at how much they managed to put together and make it all look so amazing. 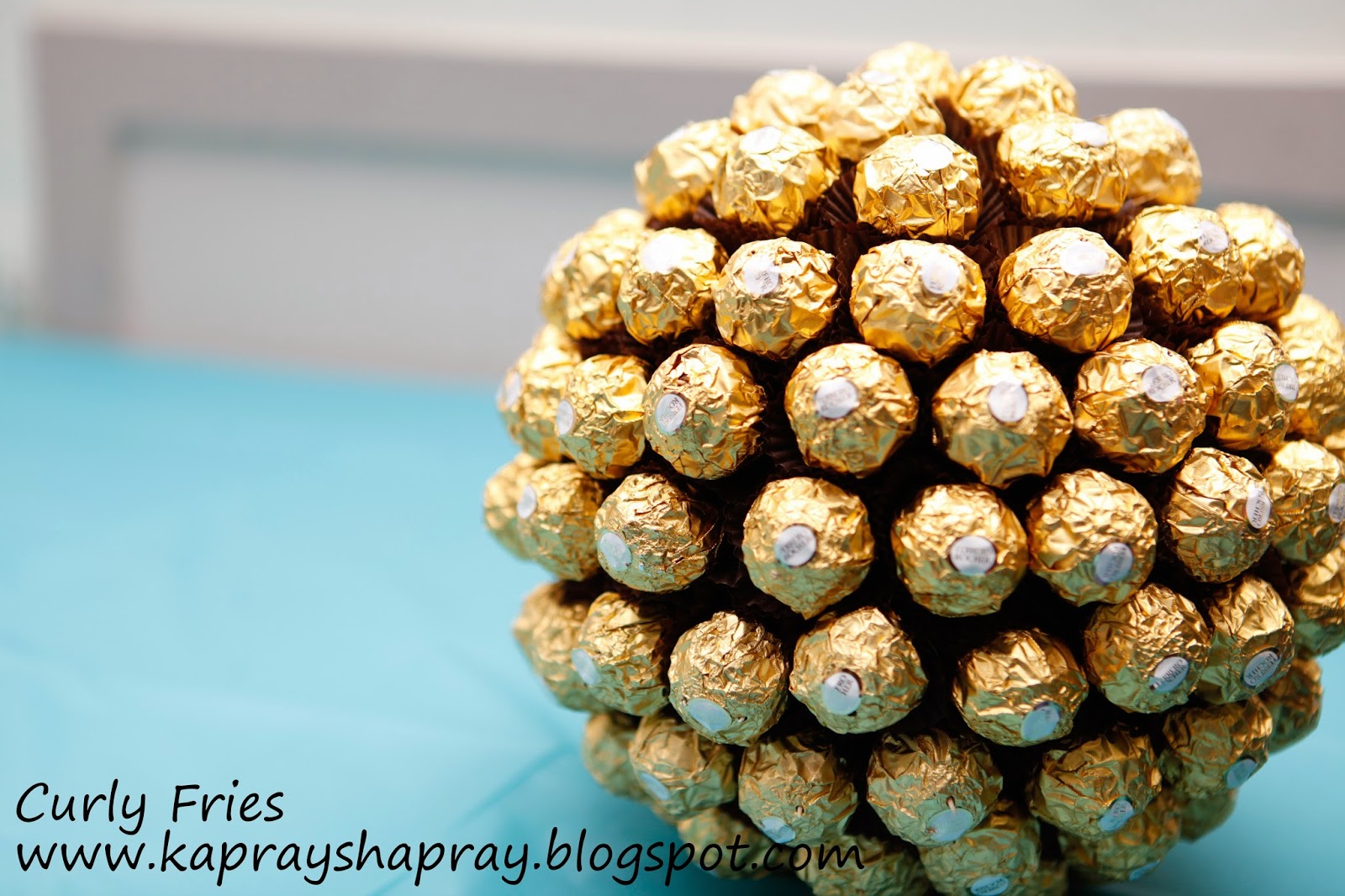 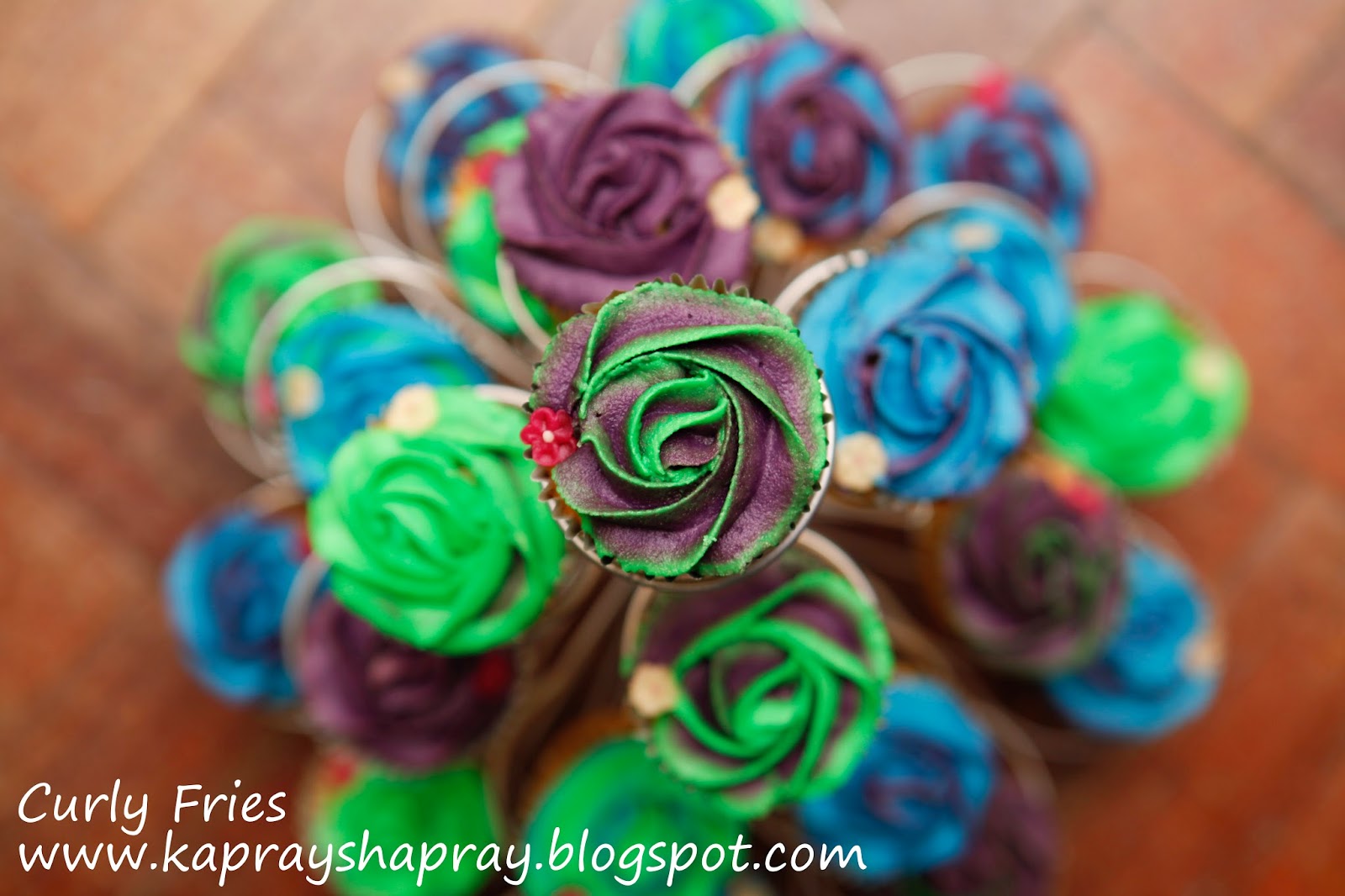 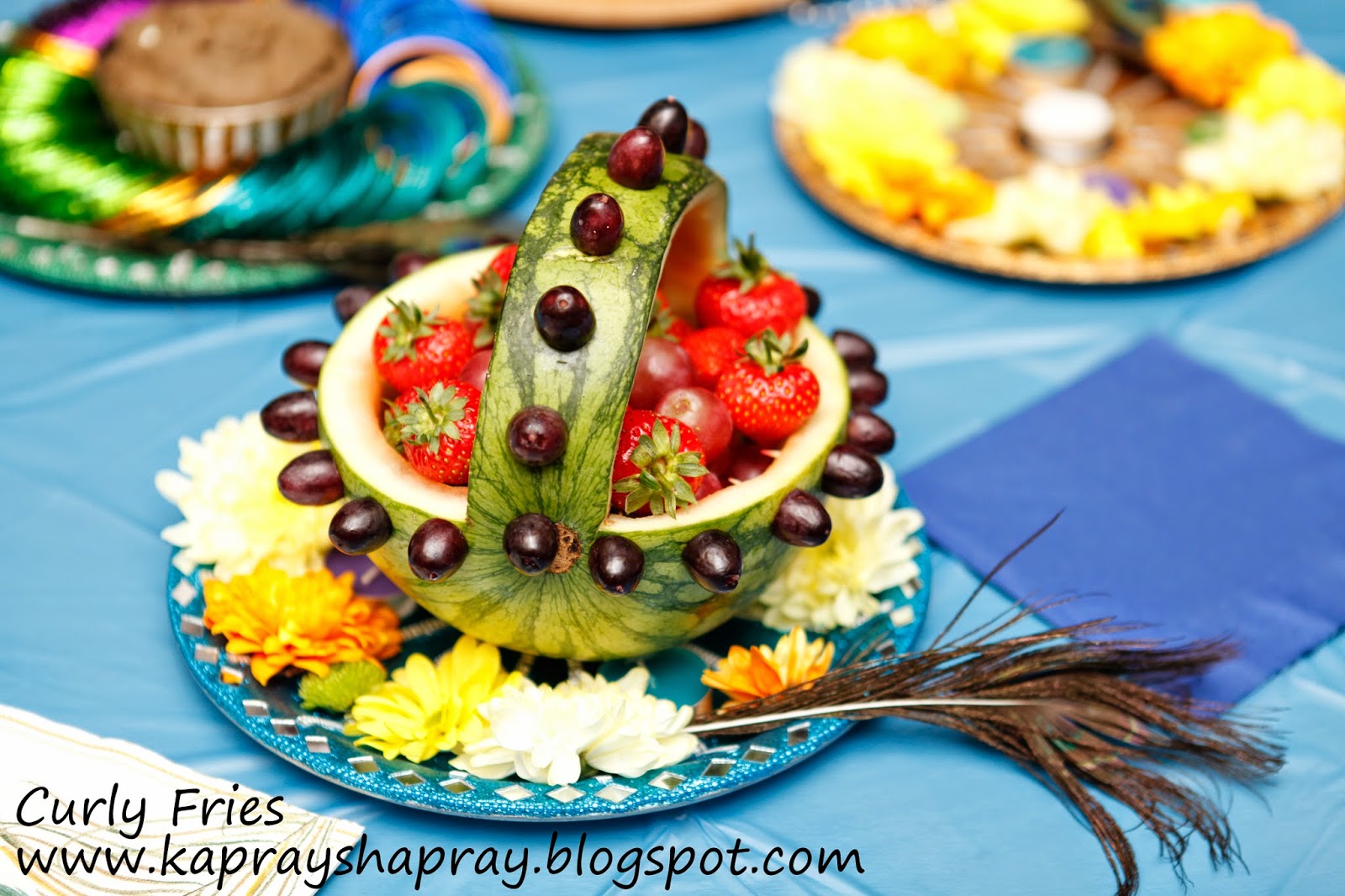 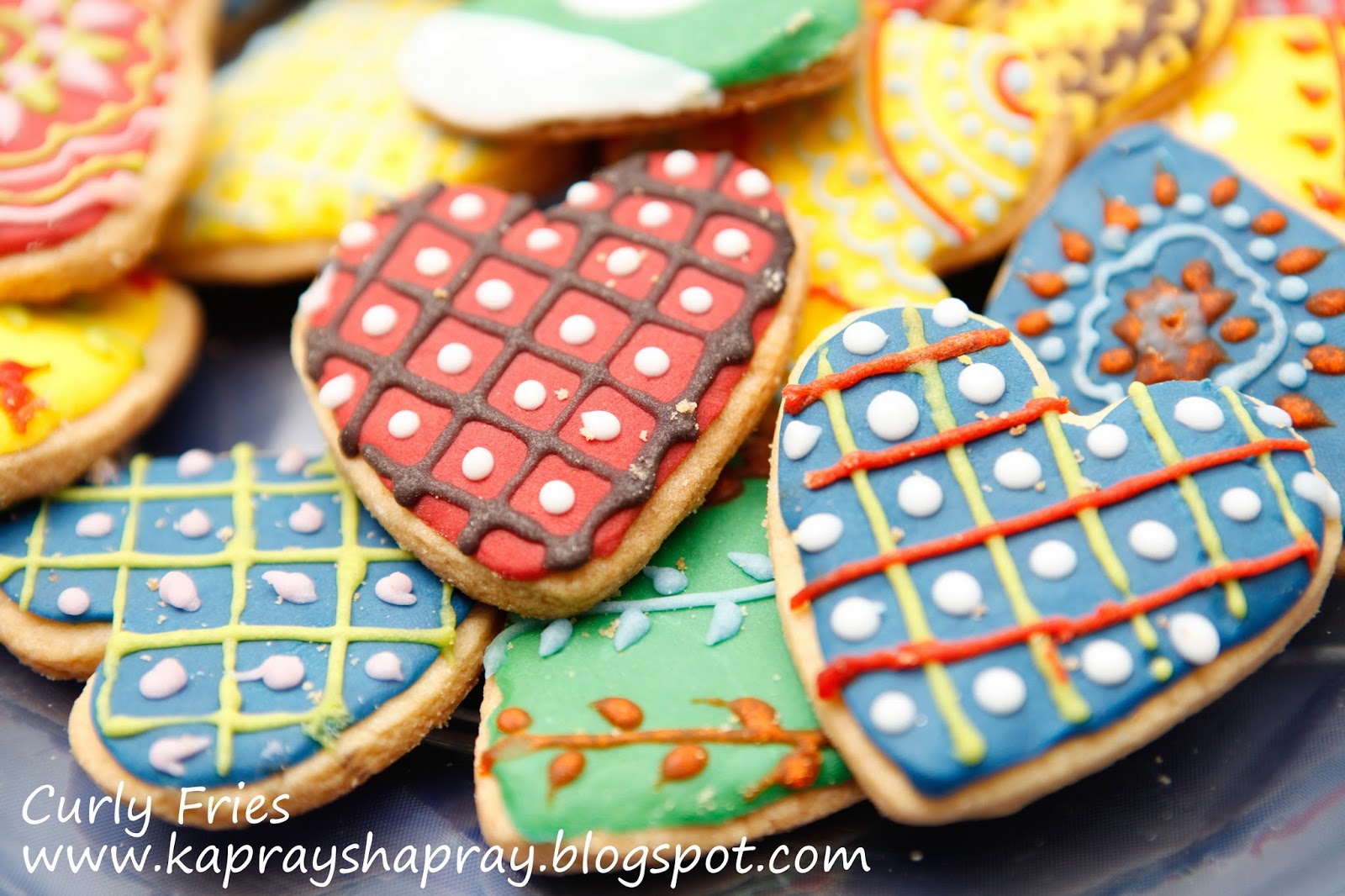 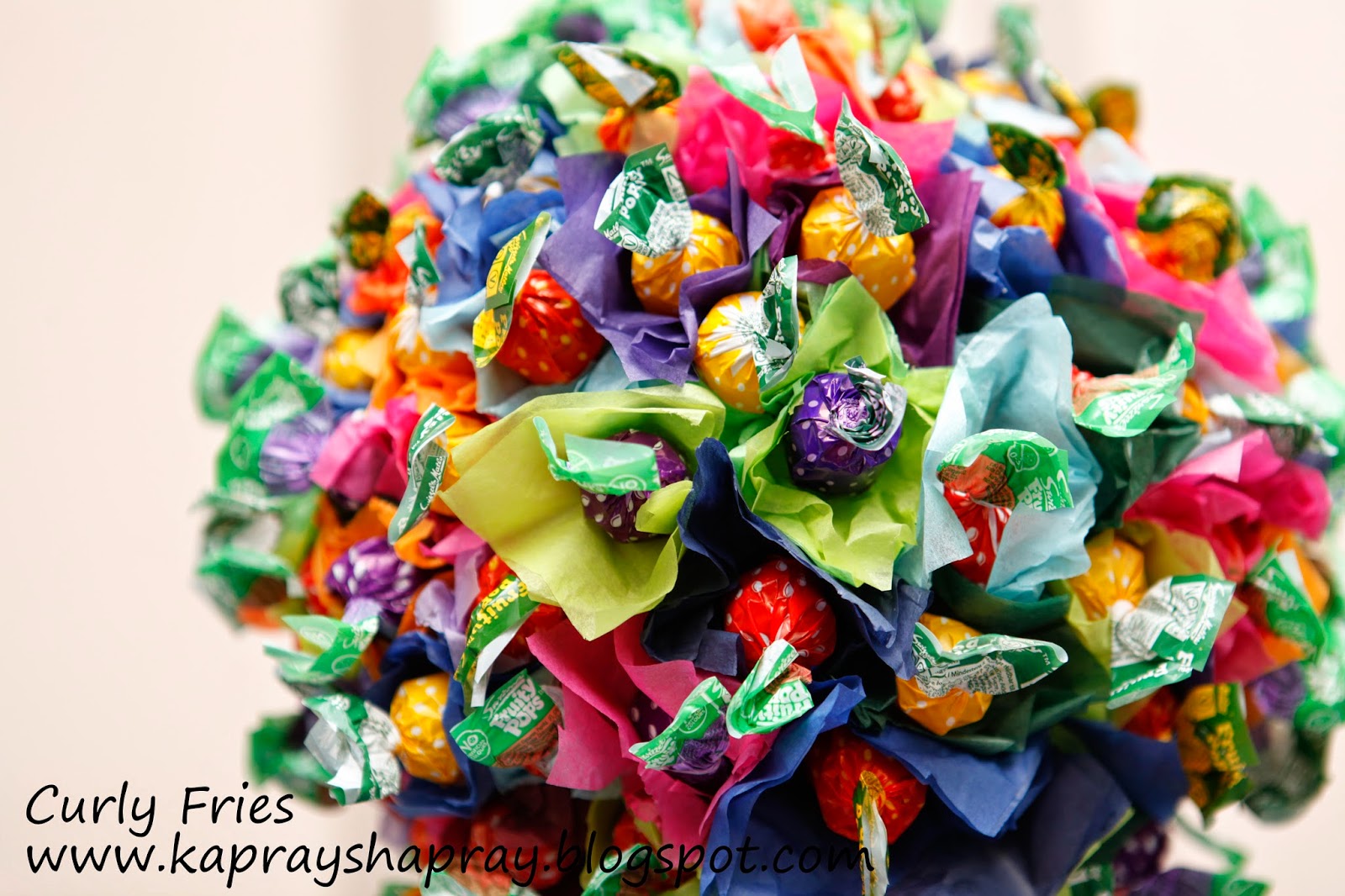 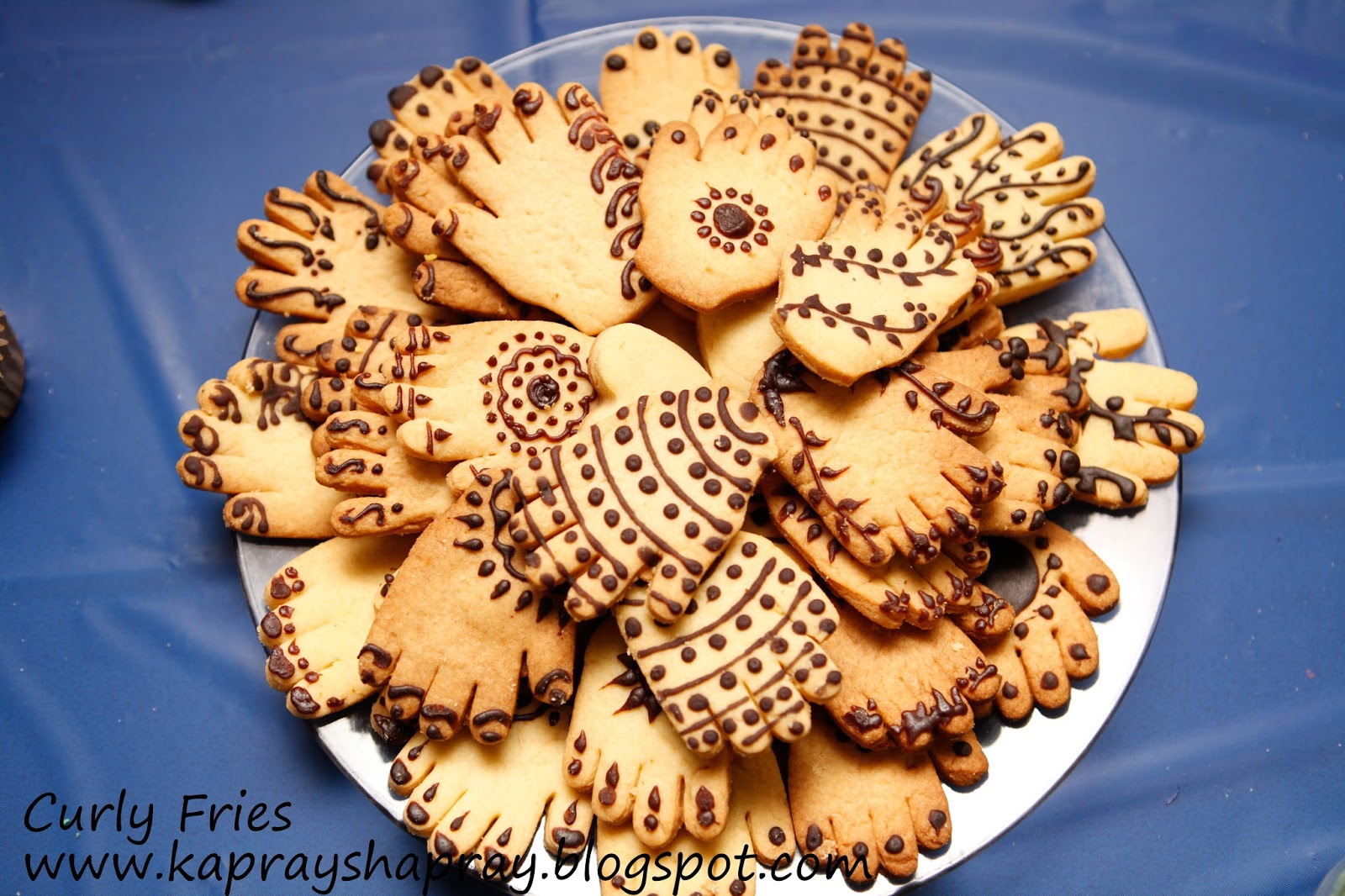 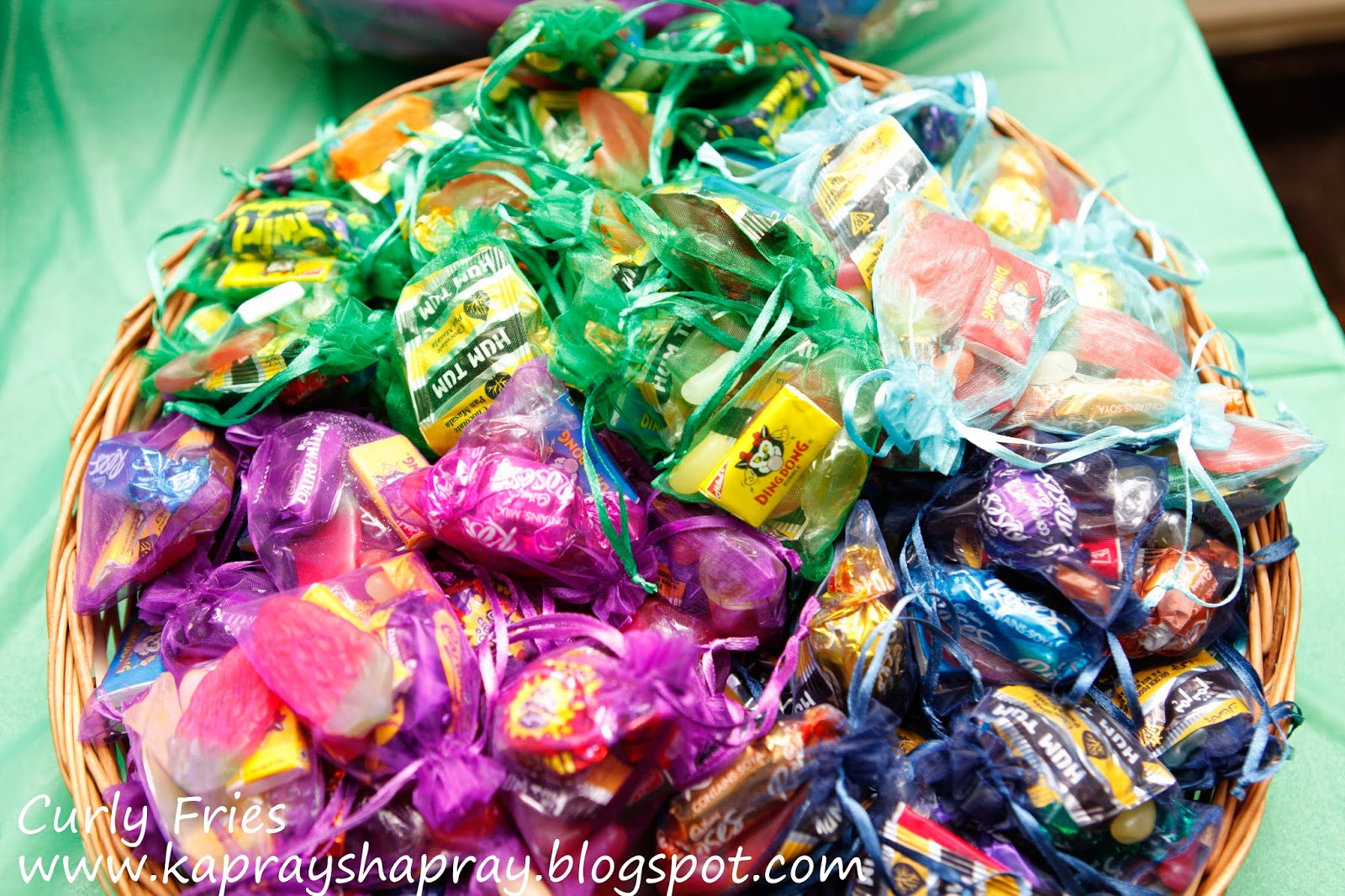 Here's me being walked in by all the girls and women in the family, while my mum stood next to me underneath. I was meant to walk under a deep red dupatta we had, but my sister-in-law thoughtfully got me this beautiful curtain of flowers to walk under instead. It was a really pretty effect (although it really made my sisters and sis-in-law's arms tired because of the heavy poles!) - it was also really nice to walk in and see all my family, friends and neighbours smiling at me while I peeked through the flowers. 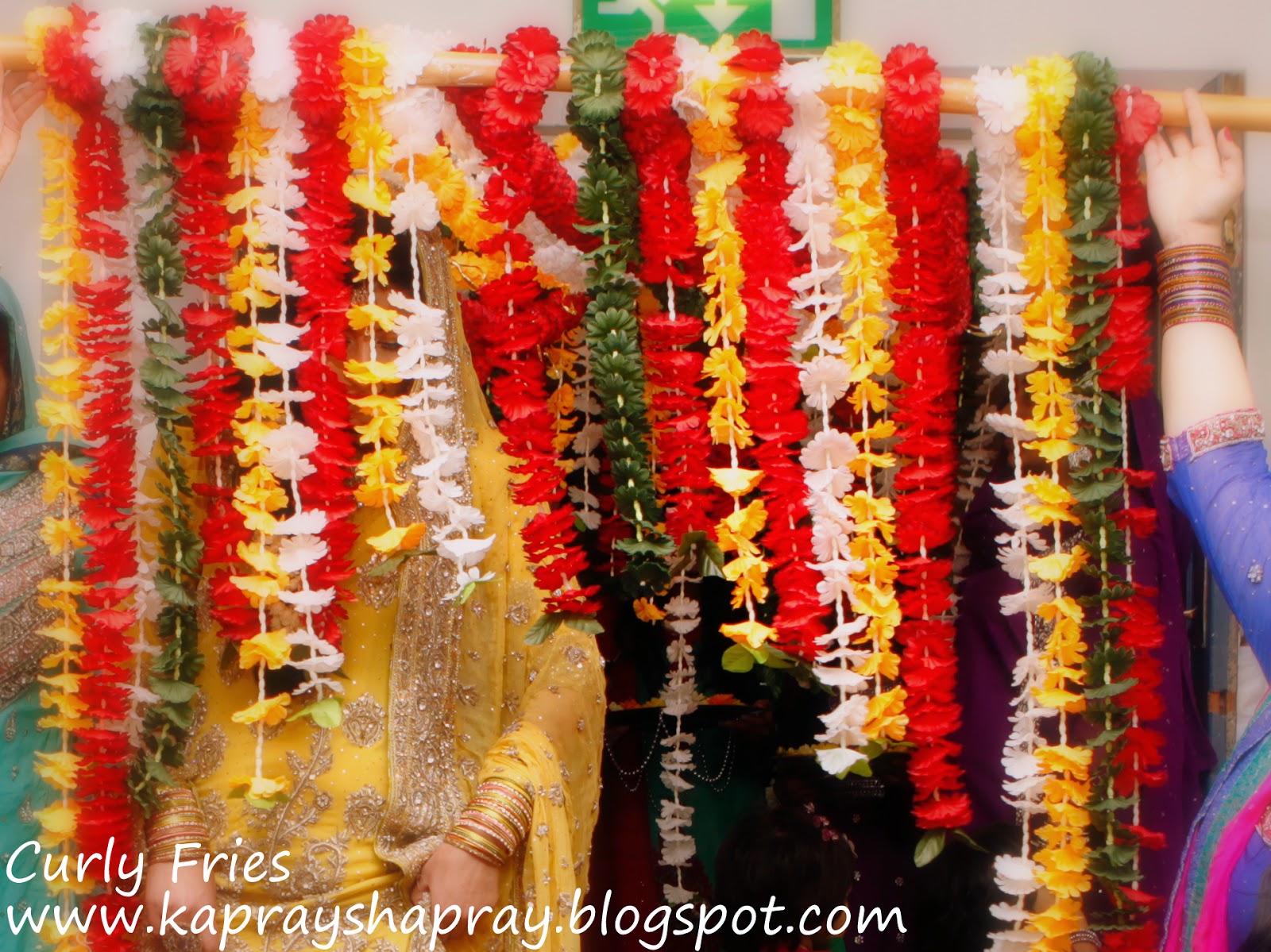 Once I walked in, we did all the rasms (cultural traditions) which usually take place at our mehndis - putting dabs of mehndi on my hand, being fed fruit and mithai, while some of the guests sat in the cushioned area and sang folk songs with the dholki, and some put mehndi on their hands. 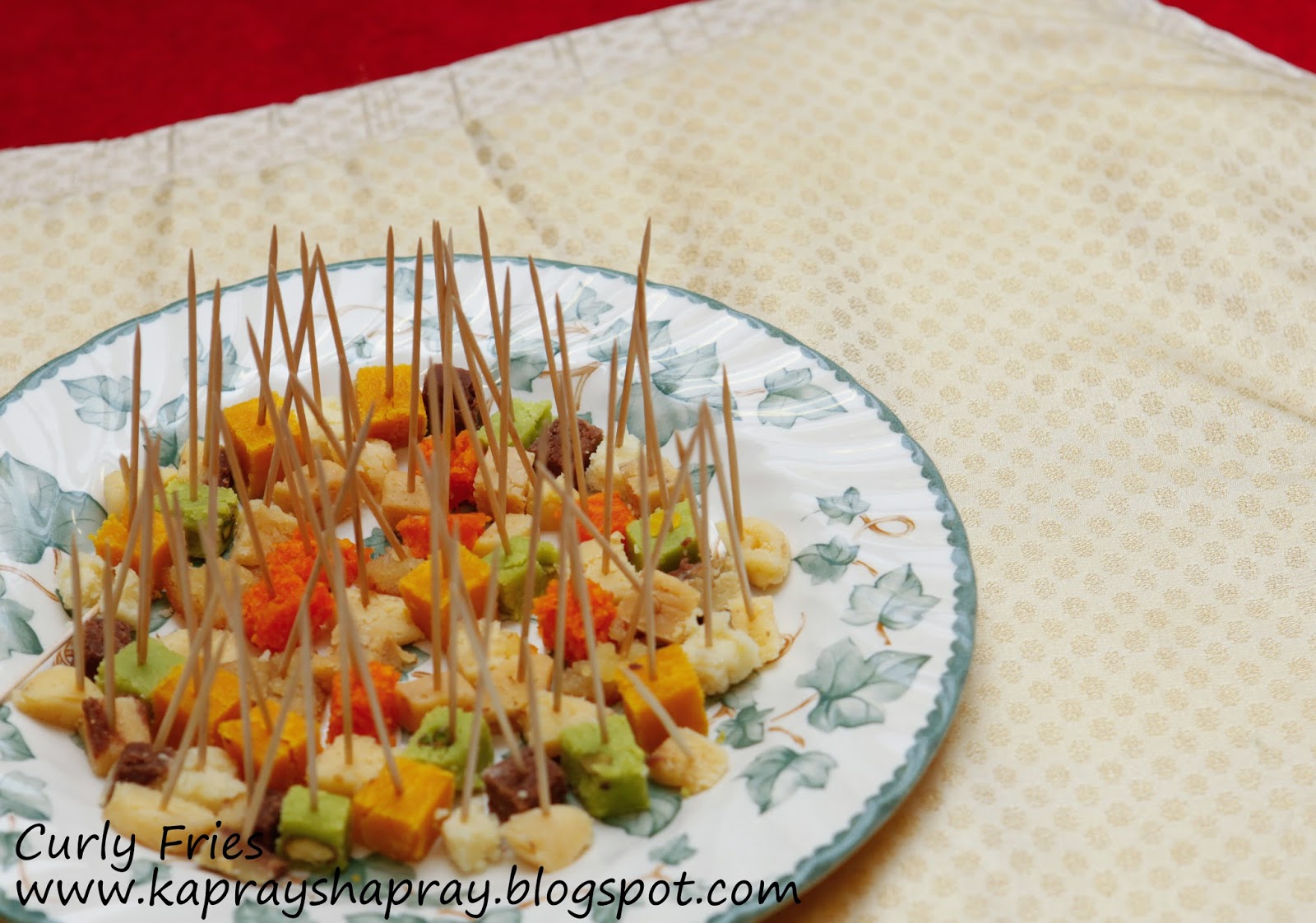 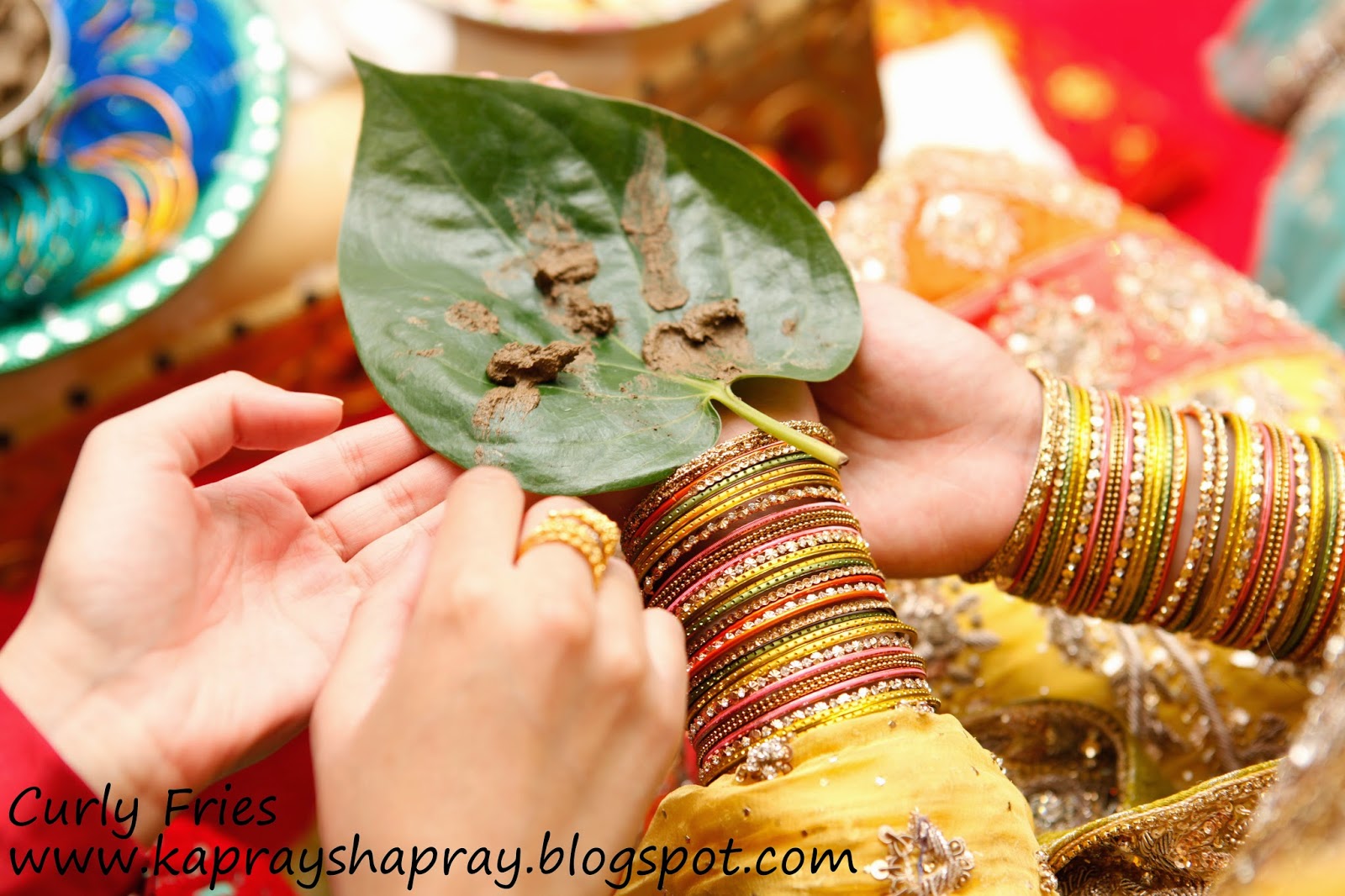 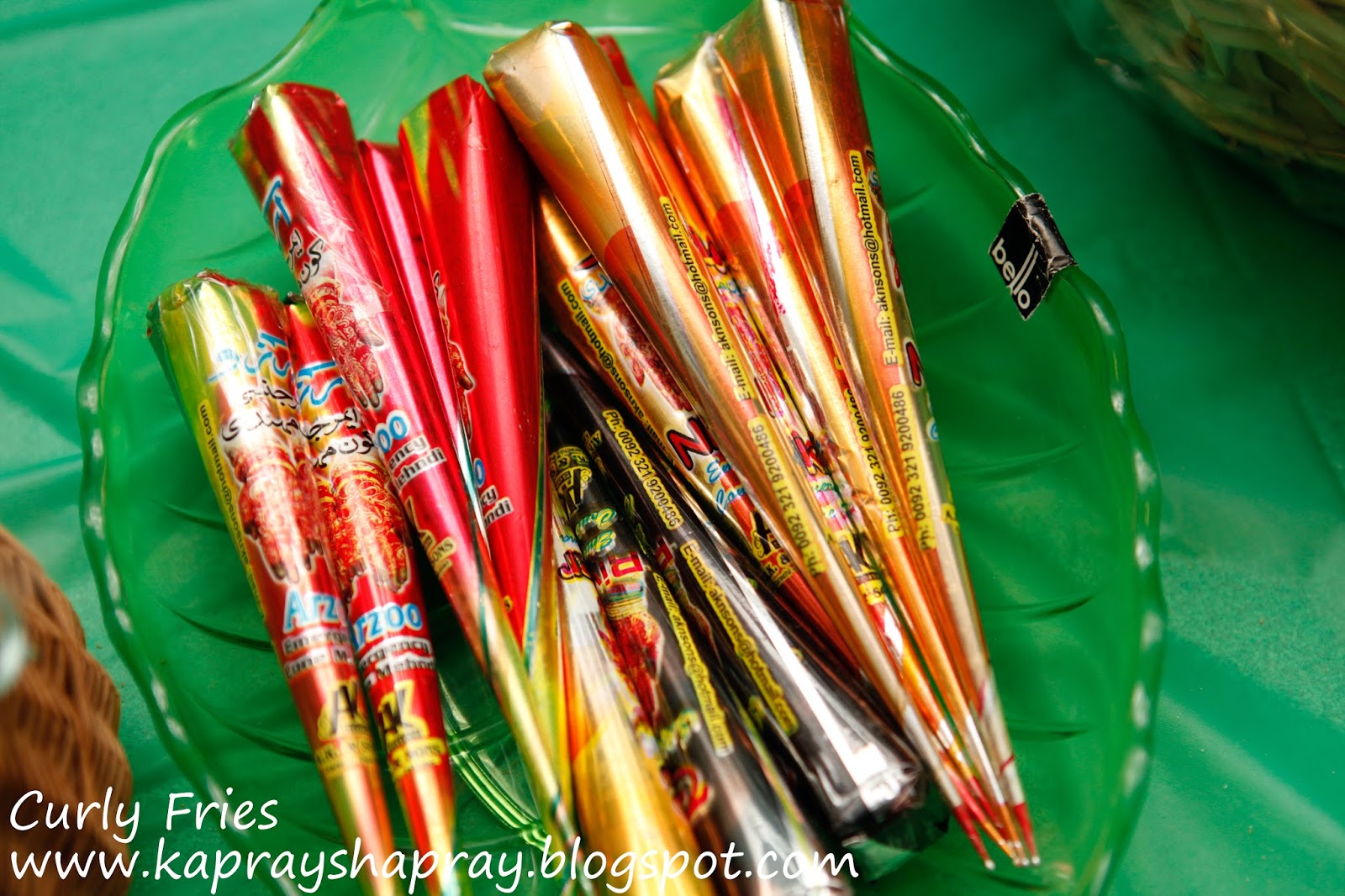 After this was dinner, which my photographer and I took as an opportunity to take some silly photographs, before we cleared everything away. We ended the night with a LOT of dancing and some games - we tried to get the older women up to join the fun as well but some were more stubborn than others!

I won't post pictures of the dancing because a lot of them are pictures of friends and family who want to remain private, but I will post this picture of me dancing and twirling with my friends which we couldn't stop laughing at!

I'll be posting more pictures about some things from my mehndi soon, and also about my outfit, so watch this space!