The mehndi night for my sister was a pretty affair, we had an Arabic style to the decor, but a very Punjabi style of dholki, dancing and music! It was quite a busy night, but we still managed to play some games and do some dancing - here's a few pictures! This is the lovely bride, in a traditional mehndi outfit from Pakistan, with gota style work all over. 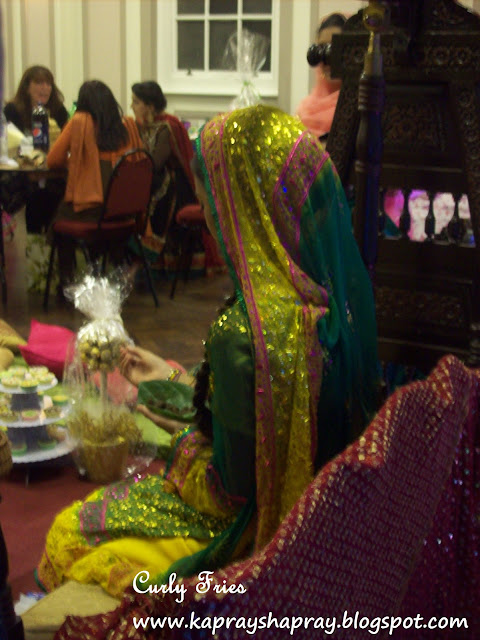 The mehndi stage were in the main colours of hot pink, blue, purple and green, along with pretty lamps, umbrellas and cushions which looked beautiful. 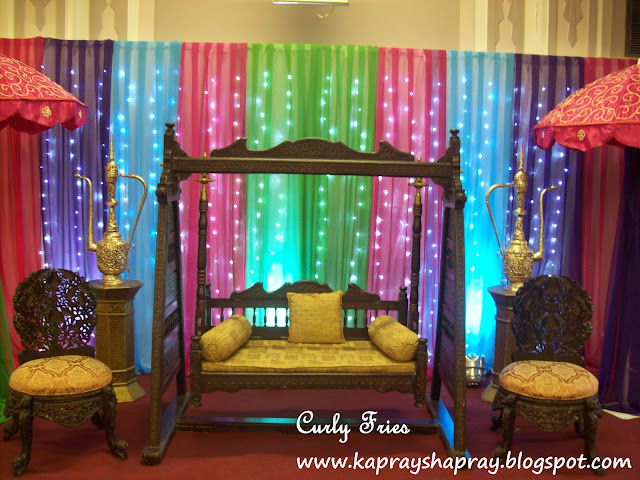 These were just some of the mehndi thaals and bowls of petals, although we also had a huge thaal with bangles and mehndi in the middle to put on the bride's hand. 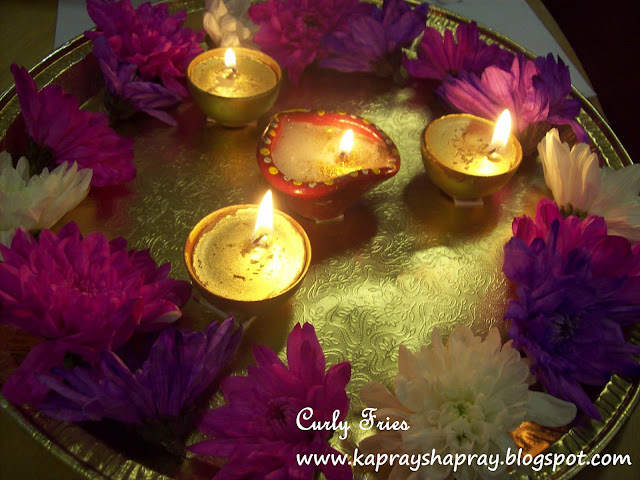 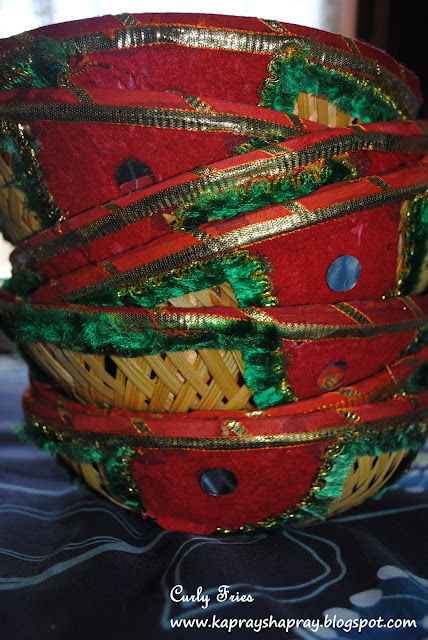 The candy bar was extremely popular, and got attacked by all the guests - there was nothing left by the end of the night! I thought the 'mehndi hands' biscuits were especially cute, as well as the pretty lollipops. 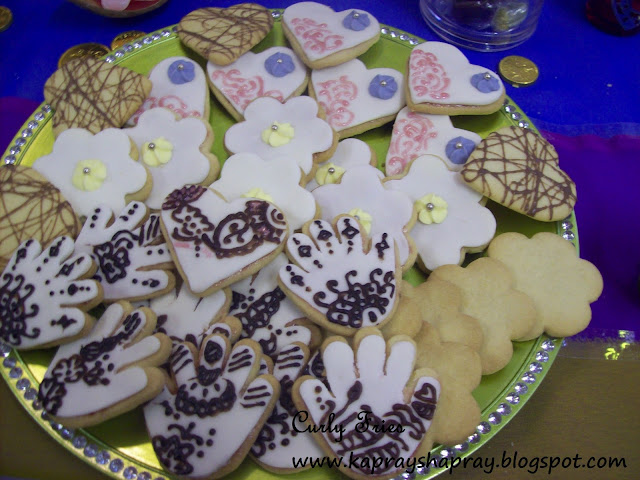 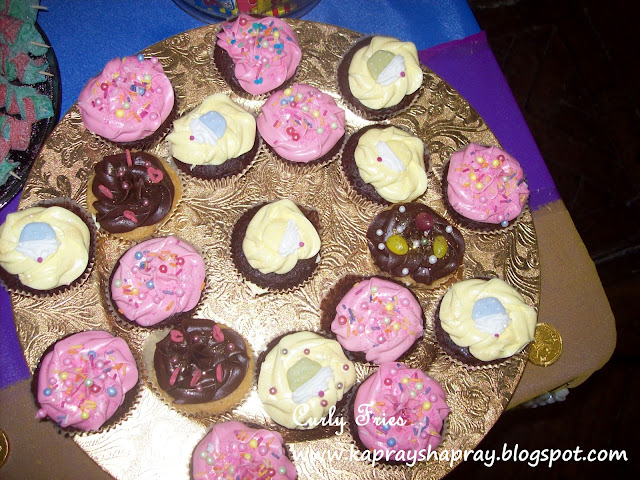 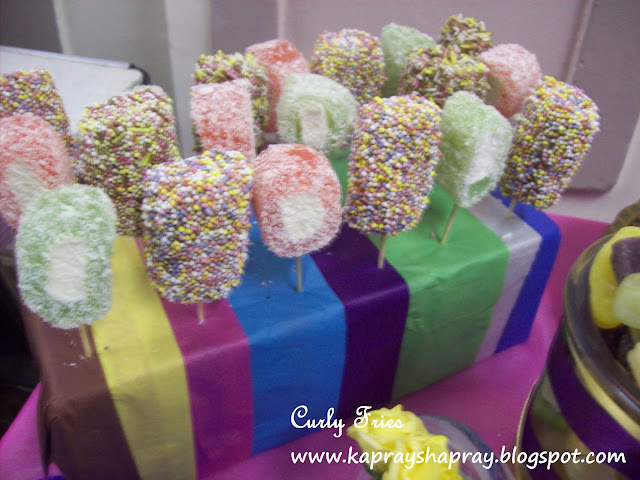 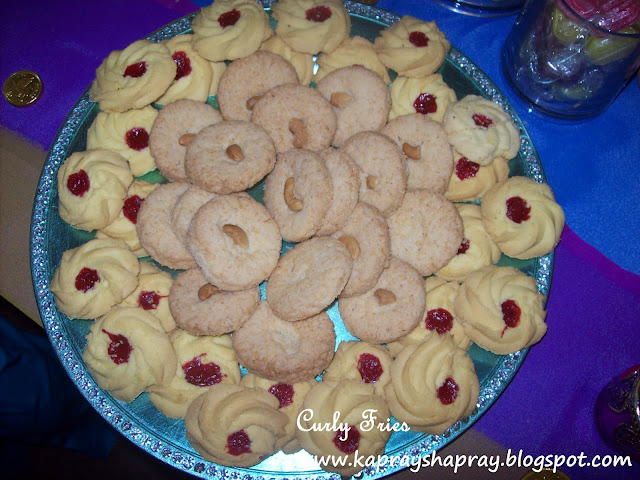 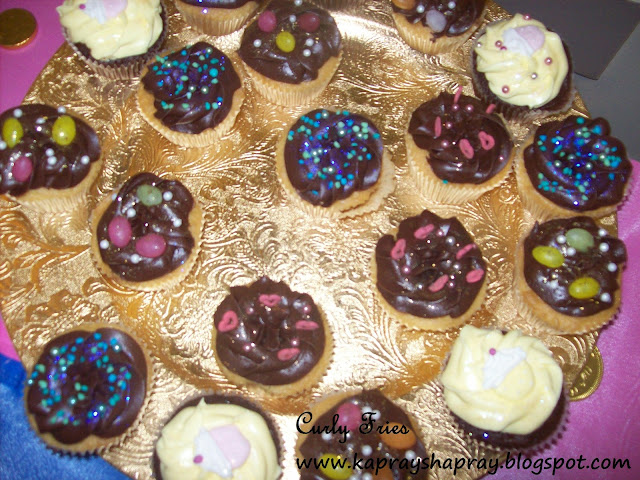 The fruit table created by my sister in law, who cut up the fruit in an artful way to feed the bride with - this also got demolished by the end of the night! 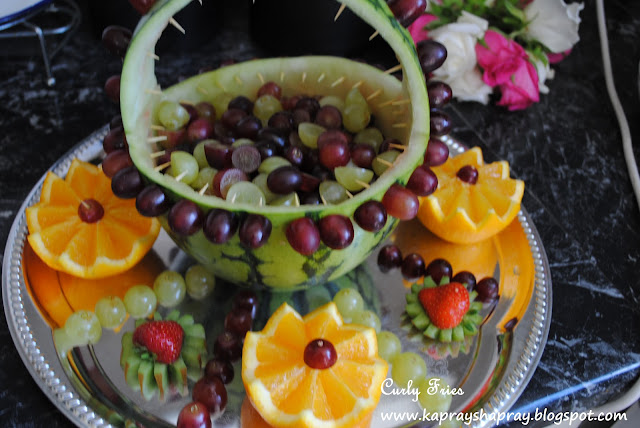 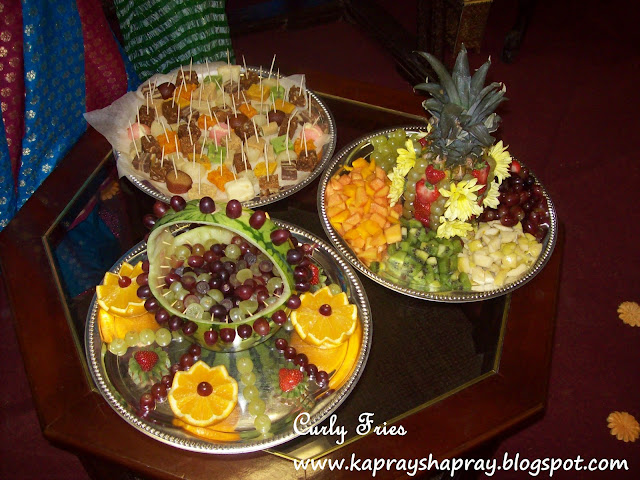 The favour bags, which were in the main colours (pink, purple, green and blue), and also some flower-bracelets made by ourselves to give to the guests, made from colourful flowers. 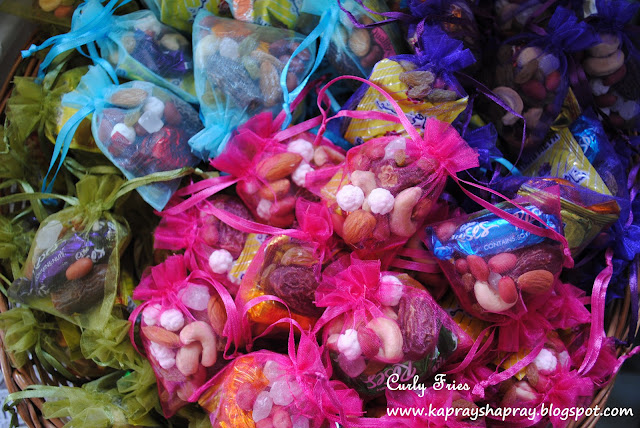 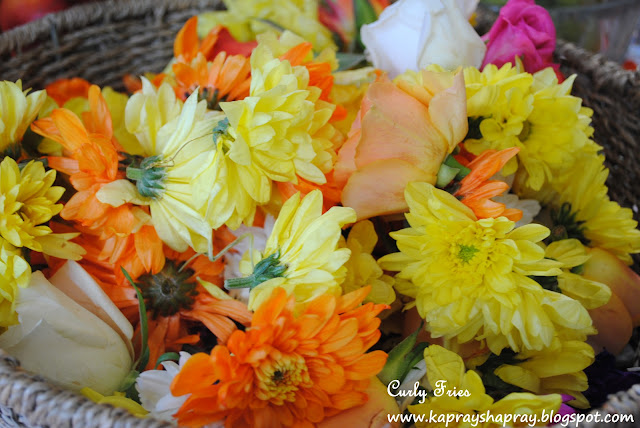 This is just a few of the pictures of the night, which ended on a naughty game of pass-the-parcel and a lot of improvised dancing! It's not over yet though, there's several dholki nights that are taking place this week, which means more fun :)
Posted by Curly Fry at 17:12