My family and I have developed a tradition of usually going to my eldest sister's house for iftar dinner the night before Eid, being a good way to start Eid celebrations. We tend to get together to eat, put mehndi on and watch toddlers be naughty - it's also a great opportunity for us to get dressed up!

This is what I wore, a peach kameez with apple green accents and deep red dupatta - I had bought a separate pair of trousers in pearl pink jamawar material to glam out the outfit but didn't end up wearing it because it didn't really match. I stuck to the original plain peach trousers, but I'll wear the jamawar one with another outfit soon! 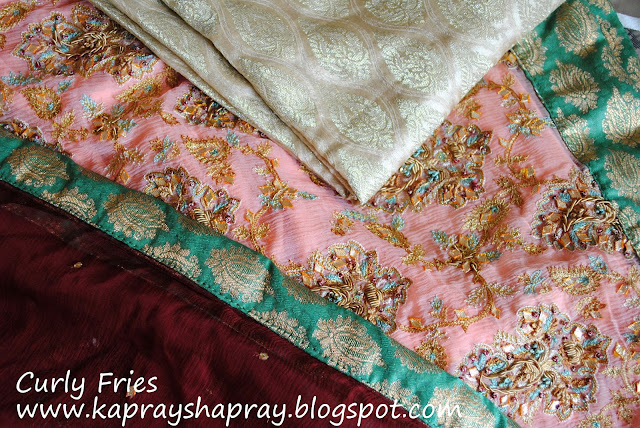 The other thing which was new was my shoes - my sisters found them a little too loud but I loved them, and they added a little rainbow sparkle to the outfit! 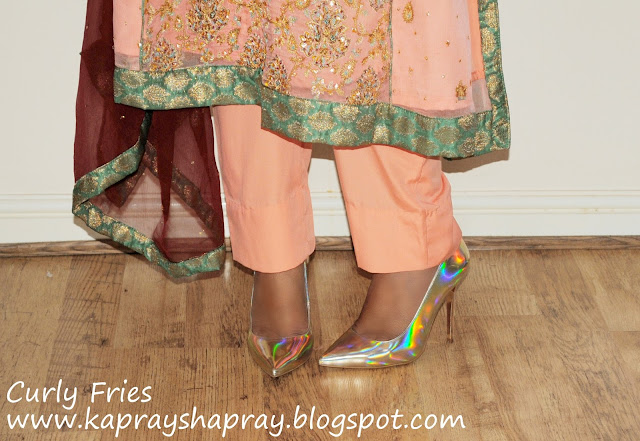 This is me wearing the outfit (I took the opportunity to pose before we left the house because I knew I'd forget to take proper pictures later!) 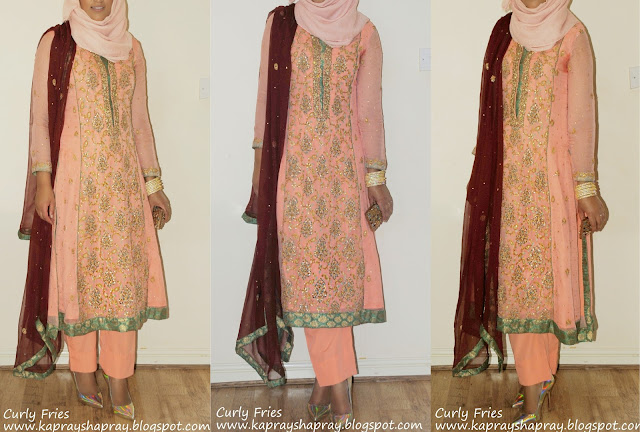 I also wanted to include a quick shot of how I did my eye makeup - I used a new loose pigment eyeshadow I'd been meaning to try called Old Gold by Mac Cosmetics. It was a pretty colour, and looked two tone but also had a slightly lime-ish tone to it as well so I'm not sure how well it went with my outfit! 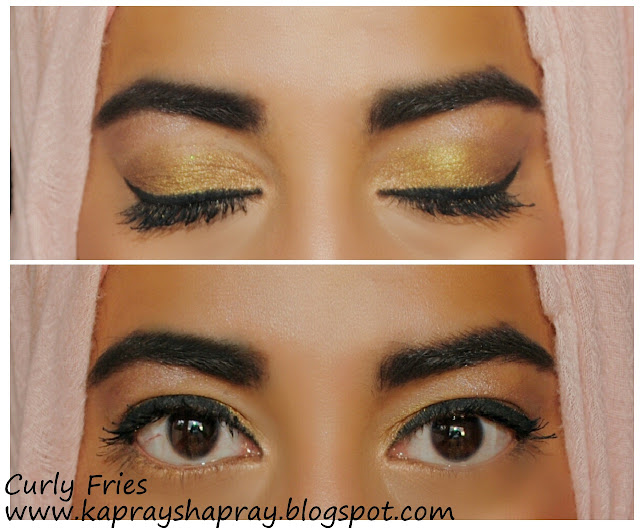 The dinner at my sister's house was fabulous - there were a variety of dishes which we stuffed ourselves with, although our appetites were a little shrunken so we didn't fit a lot into our stomachs! 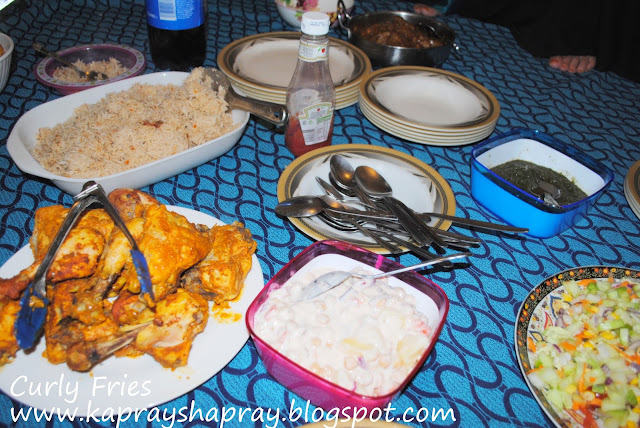 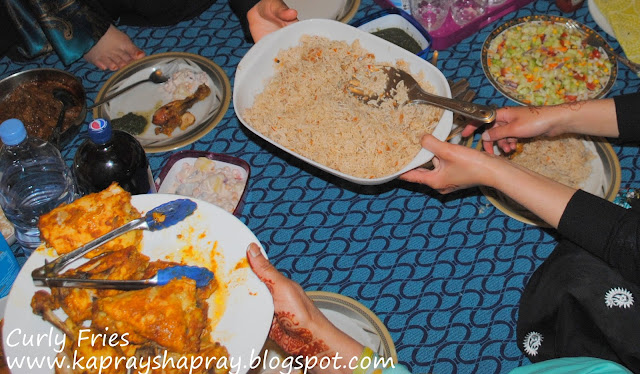 My sisters, mum and my niece had gotten their mehndi done by a friend who did an amazing job - here's a few pictures of the designs on their hands. 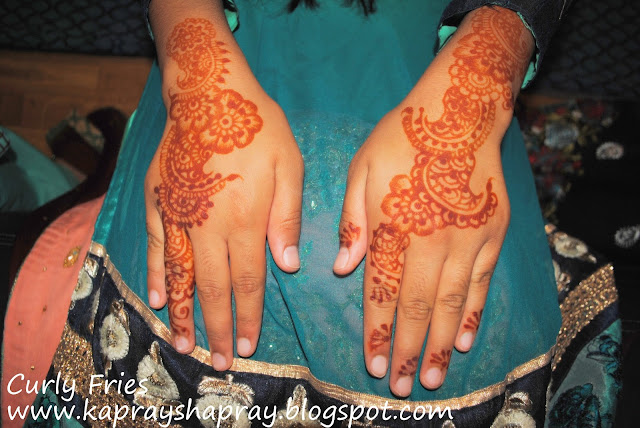 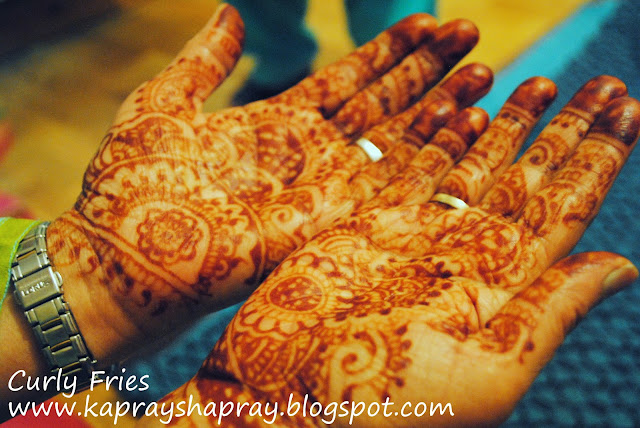 I also loved my nieces outfits too (I did try to get pics of my nephews but neither of them would stand still long enough!) - my eldest niece wore a beautiful teal maxi dress and the two little ones wore pretty lace dresses with leggings. My sister and I thought the dresses with the legging gave a very pretty Lucknow-style 50s look! 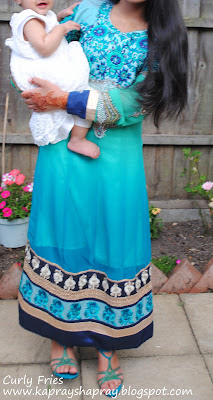 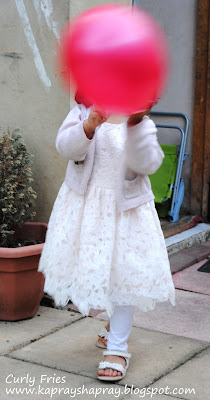 My husband and I wanted to head out to local streets after dinner so I could browse the shops and perhaps get some mehndi done - unfortunately it was pretty late and the roads were packed. I wasn't willing to wait around in the blocked traffic to get mehndi done so ended up going home and doing it myself - luckily my sister had a spare cone to give me!

Did you do anything on Chand Raat? Did you get any mehndi done?
Posted by Curly Fry at 15:35